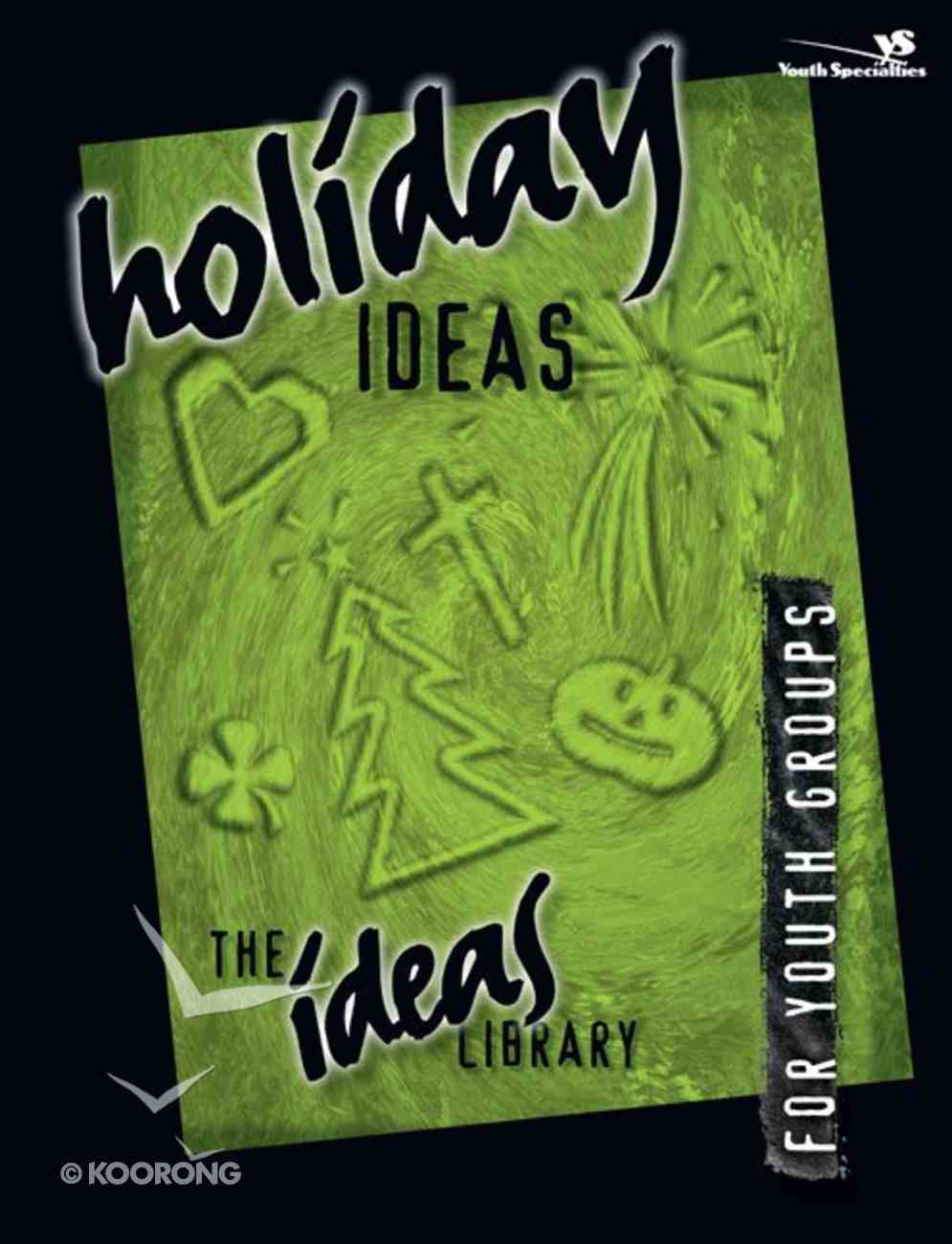 This series offers youth leaders a huge range of ready-to-use resources for every aspect of group ministry - games, skits, discussion topics, Bible lessons, meeting plans, special events, fundraising, publicity, and much more! Select what you need from the 14...

This series offers youth leaders a huge range of ready-to-use resources for every aspect of group ministry - games, skits, discussion topics, Bible lessons, meeting plans, special events, fundraising, publicity, and much more! Select what you need from the 14 volumes, or get all of it in a fully searchable CD-ROM software package. Branch out and bring some fresh life to your youth ministry!

Over 200 festive ideas for cranking up celebrations for every holiday imaginable! - Christmas . . . Here's your one-stop Christmas programming center. You'll find everything you need for the merriest Advent and Christmas season ever -- goofy games, crazy carols, outrageous outings, and silly skits to fill even the biggest Christmas stocking. And, of course, Christmassy meetings and lessons to help your kids focus on the real reason for the season. - Easter and Lent . . . Worship activities, reenactments, Bible lessons, meeting plans, and service projects, all designed to commemorate the death and resurrection of Jesus Christ. Plus games, puzzles, craft projects, and scavenger hunt ideas -- all tied to an Easter theme. - Valentine's Day . . . Play a memorable February 14th with these icebreakers, games, songs, activities, and Bible lessons -- all about love, whether human or divine. - Thanksgiving . . . Wait until you see the potful of ideas that youth workers from Cape Cod to all points west have cooked up for you -- Thanksgiving craft projects, skits, outings, parties, service projects, and Bible lessons. Plus More . . . All kinds of party and meeting ideas for St. Patrick's Day, New Year's, Halloween, Super Bowl Sunday, April Fool's Day, Mother's and Father's Day celebrations, and graduation. Whether you're a youth worker or a recreation director in a church, school, club, or camp -- Holiday Ideas is your storehouse of proven, youth-group tested ideas.
-Publisher

For over thirty years, Youth Specialties has worked alongside Christian youth workers of just about every denomination and youth-serving organization. We're here to help you, whether you're brand new to youth ministry or a veteran, whether you're a volunteer or a career youth pastor. Each year we serve more than 100,000 youth workers worldwide through our training seminars and conventions, resources, and on the Internet. SPANISH BIO: Por mas de treinta anos Especialidades Juveniles a trabajado con lideres de jovenes cristianos de todas las denominaciones. Estan alli para ayudarle, sin importar

What Can We Do?
David Livermore, Terry Linhart
eBook