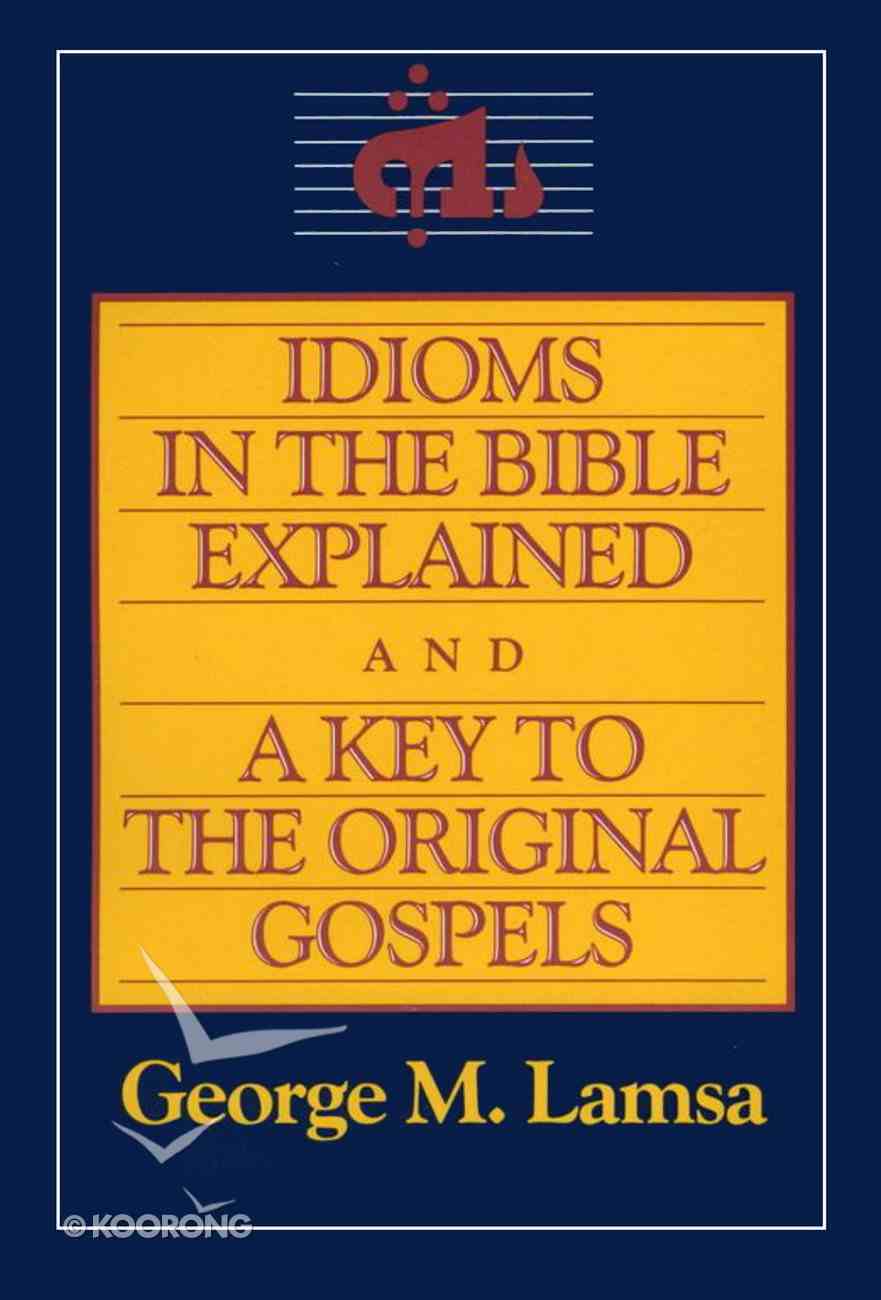 World-renowned Bible translator and commentator George M. Lamsa explains nearly one thousand crucial idioms that will enrich reading of the Old and New Testaments for students and general reader alike. Lamsa, who was raised speaking Aramaic in a community...

World-renowned Bible translator and commentator George M. Lamsa explains nearly one thousand crucial idioms that will enrich reading of the Old and New Testaments for students and general reader alike.


Lamsa, who was raised speaking Aramaic in a community that followed customs largely unchanged since the times of Christ, offers fresh, accurate translations of important idioms, metaphors, and figures of speech found in the Scripture--and provides clear explanations of their meaning of biblical context.


Just as Shakespeare, Milton, and Browning wrote in the vernacular for English-speaking people, Moses the prophets, and the apostles wrote for their own people in the plain language of their times, so that even the unlearned might understand God's Word. Over the centuries, inaccurate translations and misunderstandings of customs and concepts have led to difficulties in bringing the biblical message to contemporary English-speaking readers.


For example, when a man says to Jesus, "let me bury my father," Lamsa points out that this expression means, "Let me first take care of my father until he dies." Traditionally, scholars assumed that this man's father was dead and that Jesus was not interested in his burial. Lamsa's scholarship offers a more accurate understanding of the intent and spirit of this passage.


Idioms in the Bible Explained and a Key to the Original Gospels goes far in correcting such errors that have crept into Biblical scholarship. Obscure and difficult passages from both Old and New Testaments are listed and compared with the King James version (though it will be helpful when used with any English version). These make clear the original meaning of such ancient idioms and assure that our grasp of the biblical message is more sound and rewarding.


To further uncover the original teachings of Scripture, Idioms in the Bible Explained and a Key to the Original Gospels, Lamsa discusses at greater length such topics as "The Language of Jesus," "Aramaic Phraseology," "The Sayings of Jesus," "Early Translations," and more..

Lamsa was a graduate of the Archbishop of Canterbury's Mission College in Persia and of the Virginia Theological Seminary in Alexandria, Virginia.