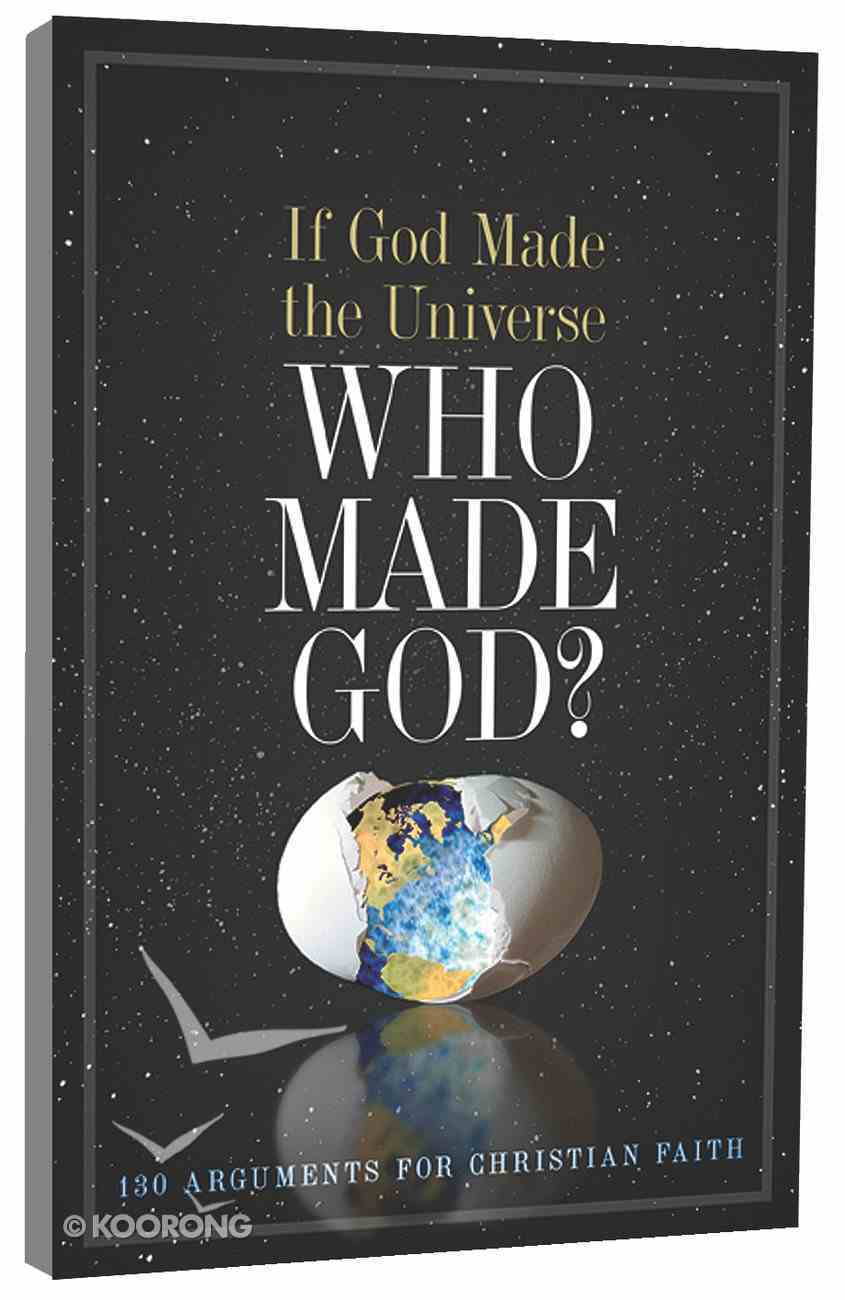 If God Made the Universe, Who Made God? 130 Arguments For Christian Faith

Perhaps you remember being in a university class, feeling frustrated when the respected professor dismissed questions from a student because of her religious faith. Or maybe over a business lunch one of your colleagues referred to Christianity as a fairtytale,...

Out of Print. Limited Availability
Expected to ship within 9 hours from Australia.
Learn More
Free Shipping
for orders over $99.

The Case For Christ Devotions For Kids: 365 Days With Jesus
Lee Strobel
Hardback

Perhaps you remember being in a university class, feeling frustrated when the respected professor dismissed questions from a student because of her religious faith. Or maybe over a business lunch one of your colleagues referred to Christianity as a fairtytale, and you said nothing.

Many Christians find themselves in such situations but don't speak up because they don't fully realize the strength of their own position. They feel incapable of giving reasons for the hope that is theirs.

Christian apologetics is the discipline and growing body of knowledge that equips believers to address their own doubts, to converse with seekers and critics from a position of strength, and to bear witness to Christ with confidence.

In the spirit of the title question, If God Made the Universe, Who Made God? collects 130 essays written in defense of the Christian faith. Contributors include some of the pre-eminent apologists of our time, from Lee Strobel and Charles Colson to Hank Hanegraaff, J. P. Moreland, and Ravi Zacharias. The content is grouped into ten topics:
Apologetics: Introductory Issues
Jesus Christ
Science and Faith
Cults and World Religions
The Existence of God
Ethics
Theology
The Scriptures
Heaven and Hell
Evangelism

Person of Interest: Why Jesus Still Matters in a World That Rejects the Bible
J Warner Wallace
Paperback

The Doors of the Sea: Where Was God in the Tsunami?
David Bentley Hart
Paperback