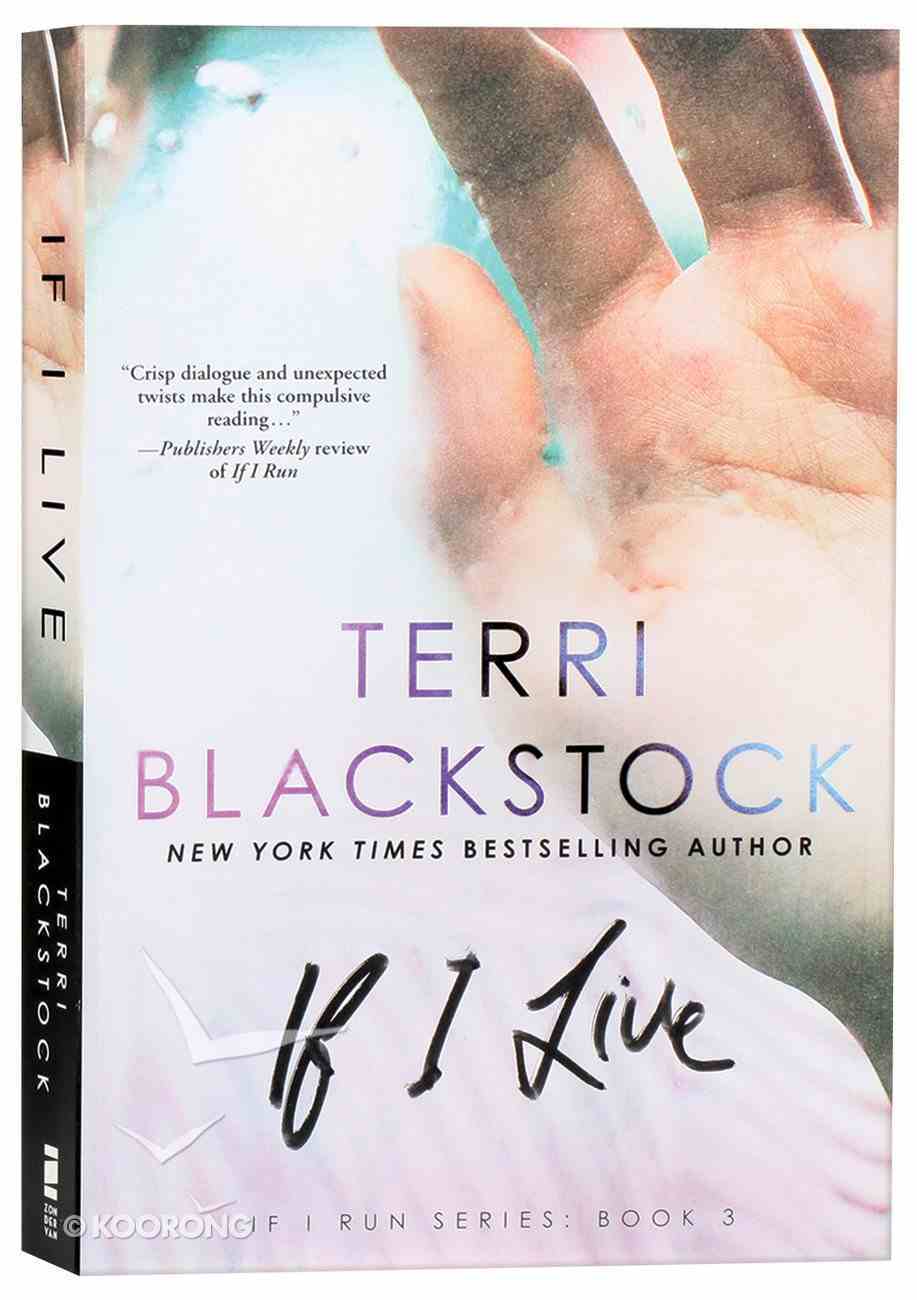 THE HUNT IS ALMOST OVER.

Casey Cox is still on the run after being indicted for murder. The hunt that began with her bloody footprints escalates, and she's running out of places to hide. Her face is all over the news, and her disguises are no longer enough. It's only a matter of time before someone recognizes her.

Dylan Roberts, the investigator who once hunted her, is now her only hope. Terrifying attempts on Dylan's life could force Casey out of hiding. The clock is ticking on both their lives, but exposing the real killers is more complicated than they knew. Amassing the evidence to convict their enemies draws Dylan and Casey together, but their relationship has consequences. Will one life have to be sacrificed to protect the other?

With If I Live, Terri Blackstock takes us on one more heart-stopping chase in the sensational conclusion to the If I Run series.

"Crisp dialogue and unexpected twists make this compulsive reading. . ." -Publishers Weekly review of If I Run.

'Blackstock proves once again that she is the queen of Christian suspense in this third and final installment of the If I Run series.'

'Readers of Christian romantic suspense will find much to like.'

'Wow! What an ending to Casey Cox's edge-of-your seat quest for justice! Unputdownable from start to finish, this novel will keep readers glued to the page, ignoring anything else they may have planned for the day, until they've fully absorbed every twist and turn.'

:
Casey is hiding again-in Memphis this time-but it's different now. She knows without a doubt that Dylan believes her and is doing all he can to help bring Brent's killer to justice. He's become an unexpected friend ... and even, maybe, something more. Hope makes everything more bearable.


Casey makes a deal with the DA to turn over all the evidence she and Dylan have gathered against Keegan and Rollins-only to discover that the DA is in league with them too. After a desperate escape, who can they possibly turn to now?


Time is running out for Casey, but master suspense writer Terri Blackstock will keep readers on the edge of their seats until the last, utterly satisfying page.