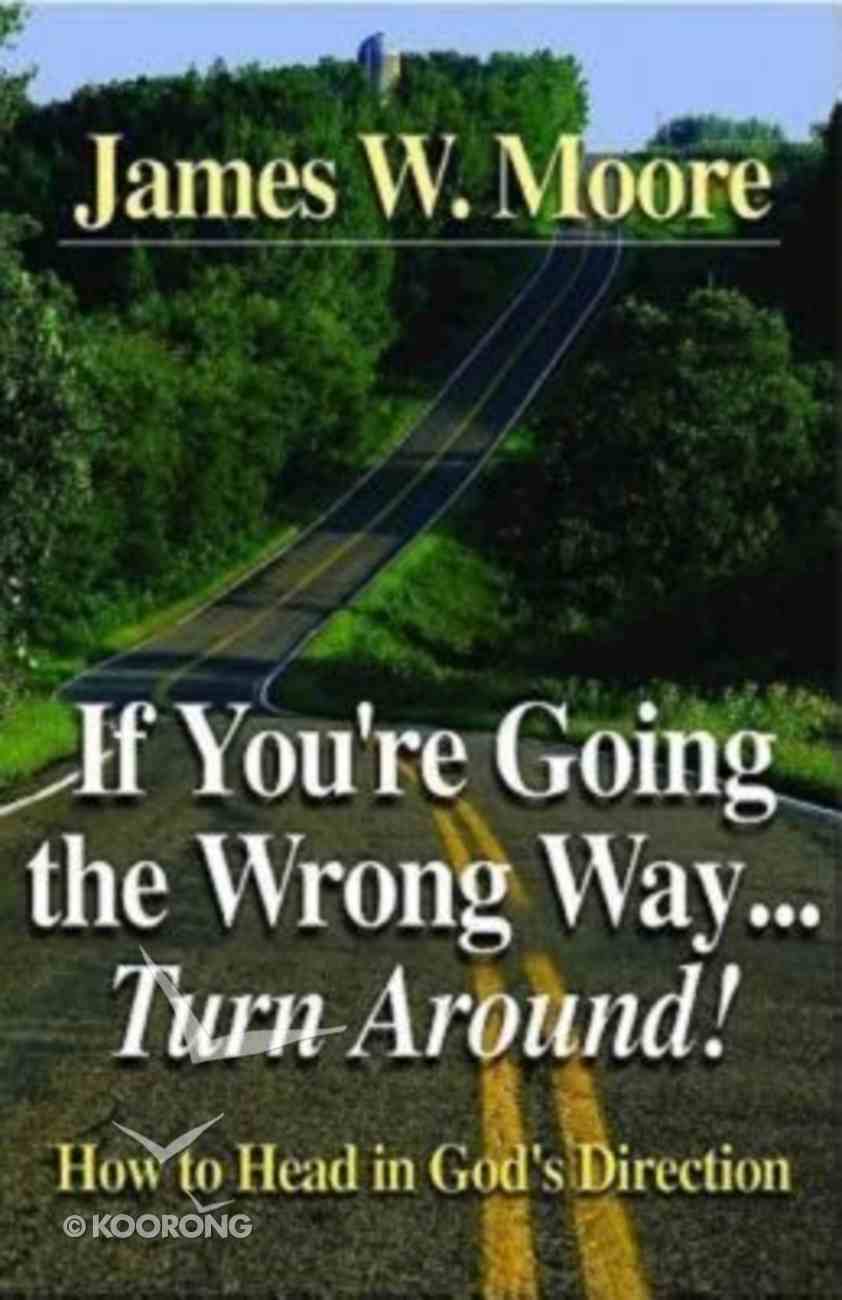 If You're Going Wrong Way.... Turn Around!

While navigating the spiritual and moral roads of life, there are some dangerous, destructive, or potentially deadly situations. The good news is...God allows you to turn around! This book is filled with Moore's personalized stories, examples, and anecdotes that offer...

When You're a Christian...The Whole World is From Missouri
James W Moore
eBook

If You're Going Through Hell, Keep Going
Doug Giles
eBook

How to Know You're Going to Heaven
John Ankerberg, John Weldon
eBook

Hope When You're Hurting
eAudio

Hope When You're Hurting
eBook

You're All That!
Paula White
eBook

You're Stronger Than You Think
Les Parrott
eBook

The God You're Looking For
Bill Hybels
Paperback

While navigating the spiritual and moral roads of life, there are some dangerous, destructive, or potentially deadly situations. The good news is...God allows you to turn around! This book is filled with Moore's personalized stories, examples, and anecdotes that offer encouragement and guidance for better daily living and spiritual growth. Each chapter features a key passage of Scripture and is centered around the theme of turning around, changing your direction.
-Publisher

Recently I attended a meeting that was held in the Worthington Hotel in downtown Fort Worth, Texas. As I checked out of the hotel, I asked the desk clerk, What is the best way to get out of downtown Fort Worth and back to the interstate highway? The clerk said, That's easy. We are at the corner of Houston Avenue and Second Street. You will come out of the parking garage onto Houston Avenue. Turn right on Houston, go down to 6th Street and turn left, and it will take you right to I-35.


I did exactly what he said. I came out of the parking garage, turned right on Houston, went down four blocks to 6th Street, and turned left, and sure enough, I could see I-35 just ahead of me. I headed straight toward it. I drove just a short way and saw a ramp connected to I-35. I went up the ramp, rounded a curve, and you wouldn't believe what I saw. The ramp had three lanes, and painted on the three lanes were three bold arrows-and all three of those arrows were pointing straight at me! Quickly I realized that not only was I going the wrong way on a one-way street, but even worse, I was going up the off ramp of I-35, one of the busiest interstate highways in the known world!


Well, I did what anyone in his right mind would have done: I made the fastest U-turn in the history of the world. A.J. Foyt, Jeff Gordon, and Mario Andretti would have been proud of that U-turn. I found out later that the hotel desk clerk had meant to say 5th Street rather than 6th Street. But the point is clear. When you are going the wrong way, when you are going a dangerous way, a destructive way, a potentially deadly way, there is only one thing to do: Make a U-turn as fast as you can!

This is true not only on the streets and highways of America. It also is true on the spiritual and moral roads of life. And the good news is this: With God, U-turns are allowed! God permits U-turns! God enables and empowers U-turns! There are some situations in life that call for a U-turn; nothing else will work.

He is senior pastor of St. Luke's in Houston, Texas. He is the author of Yes, Lord, I Have Sinned, But I Have Several Excellent Excuses and Attitude Is Your Paintbrush.

Something Needs to Change: A Call to Make Your Life Count in a World of Urgent Need
David Platt
Paperback