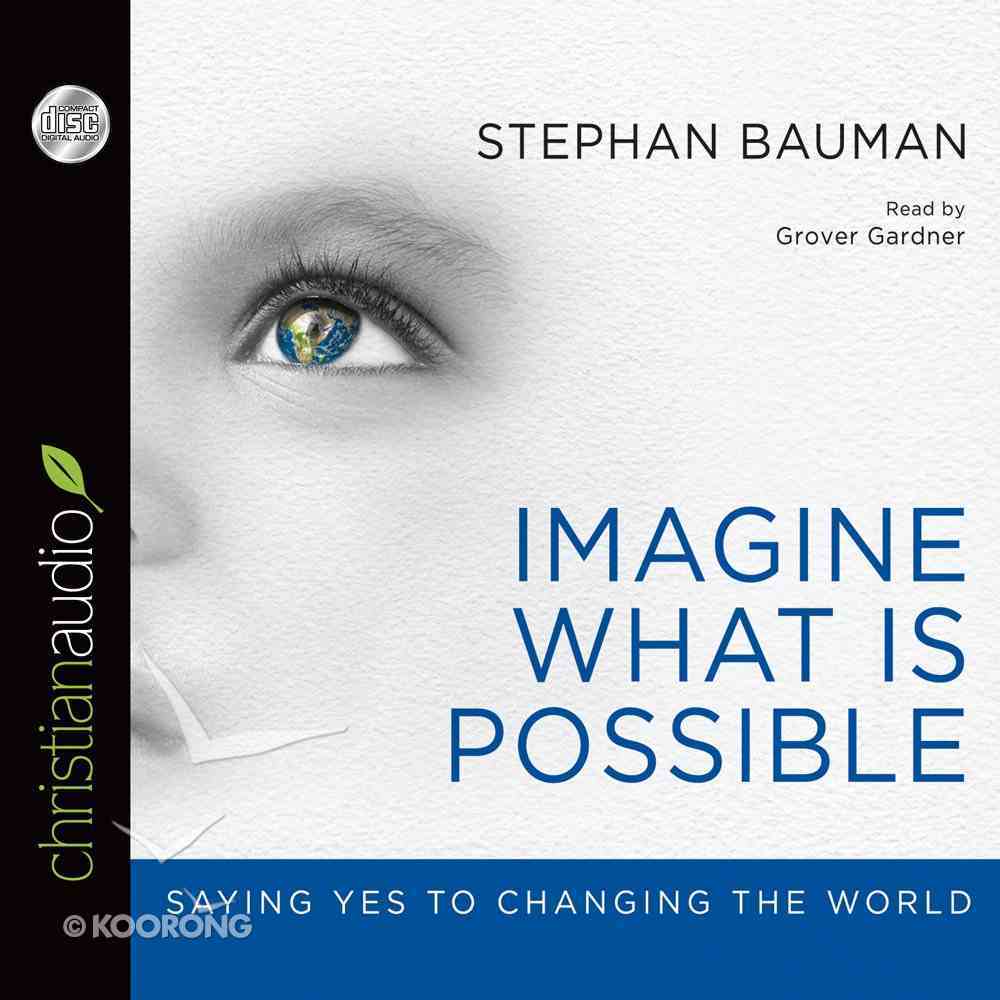 Imagine What is Possible

Imagine What Is Possible saying yes to changing the world Across the world, people are refusing to accept evil and injustice. Entrepreneurs, artists, mothers, musicians, students, teachers, techies, bloggers, advocates-they dare to believe they can meaningfully impact...

He Holds Me Forever
eAudio

Imagine What Is Possible
saying yes to changing the world

Across the world, people are refusing to accept evil and injustice. Entrepreneurs, artists, mothers, musicians, students, teachers, techies, bloggers, advocates-they dare to believe they can meaningfully impact the world.

Imagine what is possible…for you.

Drawing on his experience on the front lines of suffering, Stephan Bauman, CEO of World Relief, shows how true change happens, where it starts, and why, with God, all things are possible.

Stephan Bauman is the former President and CEO for World Relief, a church-based international relief and development agency that reaches over five million people a year in twenty nations. Stephan joined World Relief in 2005 as the Country Director in Rwanda.

Prior to joining World Relief Rwanda, Stephan served as Director of International Programs for World Hope International, where he oversaw relief and development programs in 25 countries worldwide in the agriculture, education, economic development, anti-trafficking, and health sectors. From 1994 to 2001, Stephan worked for Mercy Ships International as Director of Programs and Training, where he directed medical, water and sanitation, community health, and capacity building programs for over 300 staff on the Anastasis, a hospital ship based in West Africa. Prior to joining Mercy Ships, Stephan worked in the private sector for Anderson & Co where he consulted on mergers and acquisitions, legal matters, treaties, and tax issues for Fortune 500 companies.

Stephan is a Certified Public Accountant (since 1990), an ordained minister, and holds a Masters in International Public Policy (Johns Hopkins University), a Masters in Missiology and Intercultural Studies (Wheaton College Graduate School), as well as a Bachelor of Arts in Business (University of Wisconsin).

The World is Ours to Save
Stephan Bauman
Paperback