Spanning more than twenty years, this is an anthology of Stuart Townend and Keith Getty's best work. In Christ Alone features sixteen beautifully crafted and thoughtfully written worship songs for the local and global church, including 'In Christ Alone', 'The...

19 available
Expected to ship within 2 hours from Australia.
Learn More
Free Shipping
for orders over $99.

Spanning more than twenty years, this is an anthology of Stuart Townend and Keith Getty's best work. In Christ Alone features sixteen beautifully crafted and thoughtfully written worship songs for the local and global church, including 'In Christ Alone', 'The Power Of The Cross', and 'See What A Morning'. 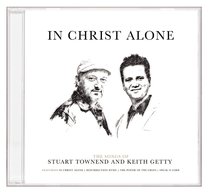