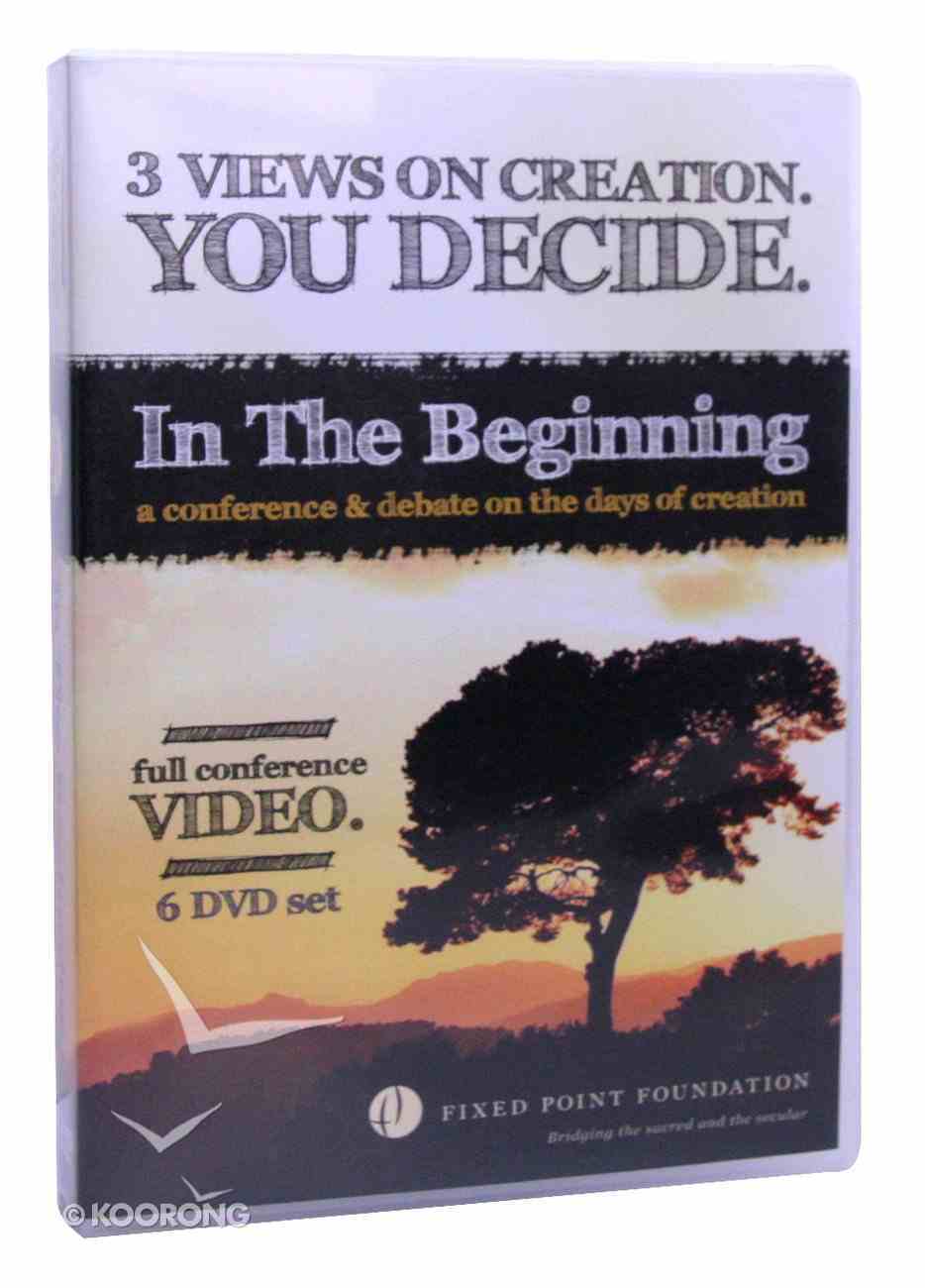 In the Beginning: A Conference and Debate on the Days of Creation (6dvds) (Fixed Point Foundation Films Series)

The question of origins is as controversial inside the church as it is outside of it. How should Christians explain the Genesis account to skeptics, who think it doesn't agree with modern science? How can Christian parents help their children...

The question of origins is as controversial inside the church as it is outside of it. How should Christians explain the Genesis account to skeptics, who think it doesn't agree with modern science? How can Christian parents help their children navigate through this controversy without compromising their core beliefs or appearing intellectually naive?

This truly unique conference allows you to listen as top proponents argue their own views on creation. Decide for yourself which view is the most Biblically and scientifically accurate.

Speakers include:
Hugh Ross of Reasons to Believe
Terry Mortenson of Answers in Genesis
John Lennox of Oxford University
Michael Behe of the Discovery Institute
Gilbert Lennox of Glenabbey Church
Rick Burgess of the Rick and Bubba Show

Hugh Norman Ross (Ph.D. in astronomy, University of Toronto) is President of Reasons to Believe, he was the youngest person to serve as director of observations for Vancouver's Royal Astronomical Society. He is Christian speaker, author, and former Minister of Evangelism, Sierra Madre Congregational Church, Sierra Madre, California. He is a progressive Creationist and the author of numerous books including Creation and Time: A Biblical and Scientific Perspective on the Creation-Date Controversy (Colorado Springs, CO: NavPress, 1994), The Fingerprint of God, second edition (Promise Publishing Co, 1991),The Genesis Question, A Matter of Days, Who was Adam? and Why is the Universe the Way it is (Bakerbooks, 2008)

Psalm 23: The Rhythm of the Shepherd and the Soul
Louie Giglio
DVD