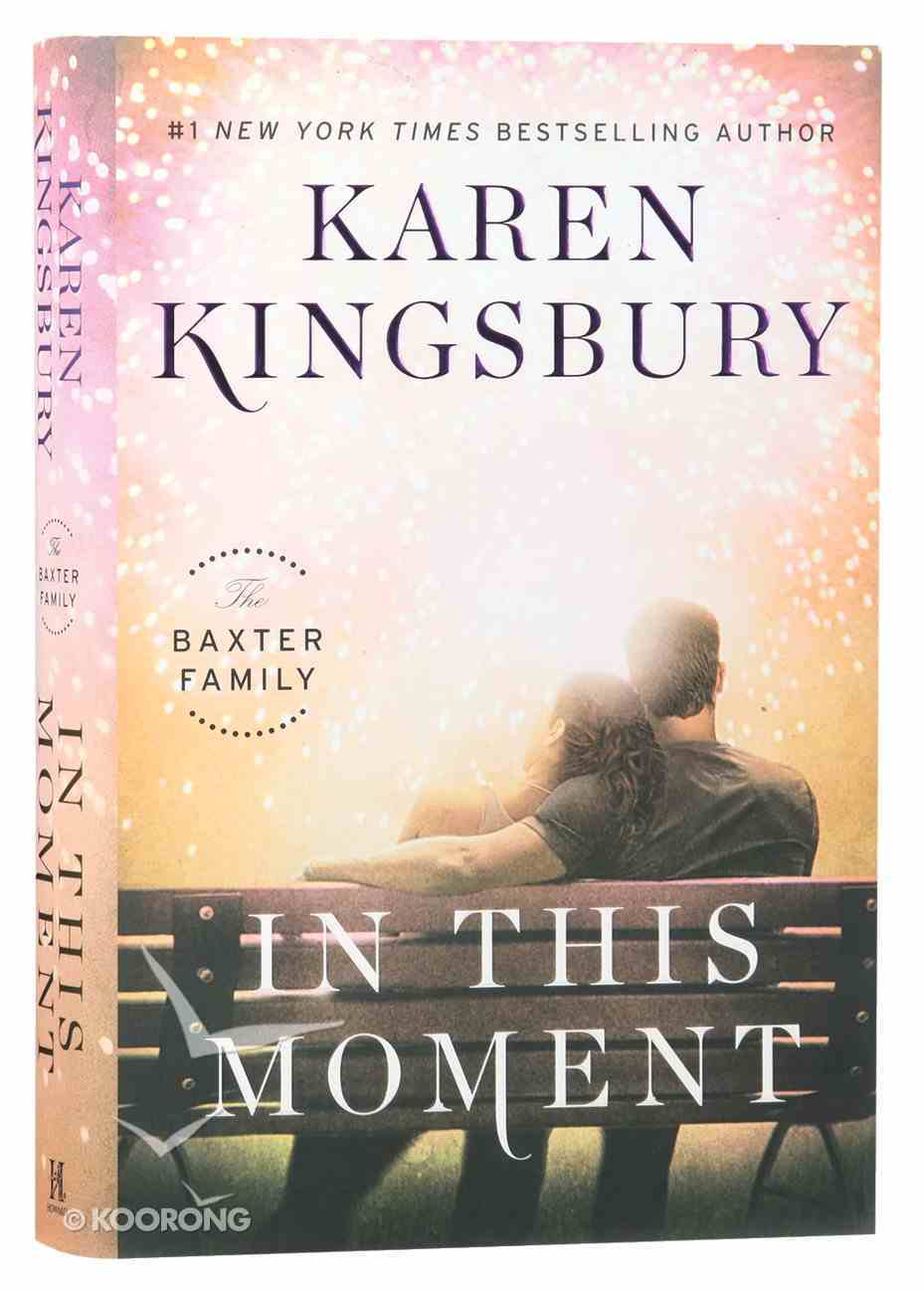 In This Moment (Baxter Family Series)

In this new Baxter Family novel, Christian high school principal Wendell Quinn starts an after-school Bible and prayer program to improve the lives of his struggling students. Despite the evident success of the program, Quinn faces a lawsuit that could...

In this new Baxter Family novel, Christian high school principal Wendell Quinn starts an after-school Bible and prayer program to improve the lives of his struggling students. Despite the evident success of the program, Quinn faces a lawsuit that could ruin everything.

From #1 New York Times bestselling author Karen Kingsbury comes a brand-new Baxter Family novel about a beloved high school principal who starts a Bible Study to improve the lives of his struggling students, only to become the national focus of a controversial lawsuit.

Hamilton High Principal Wendell Quinn is tired of the violence, drug abuse, teen pregnancies, and low expectations at his Indianapolis school. A single father of four, Quinn is a Christian and a family man. He wants to see change in his community, so he starts a voluntary after-school Bible Study and prayer program. He knows he is risking his job by leading the program, but the high turnout at every meeting encourages him.

A year later, violence and gang activity are down, test scores are up, and drug use and teen pregnancy have plummeted. The program is clearly working--until one parent calls the press. Now Quinn faces a lawsuit that could ruin everything.

With a storm of national attention and criticism, Quinn is at a crossroads--he must choose whether to cave in and shut down the program or stand up for himself and his students. The battle comes with a high cost, and Quinn wants just one attorney on his side for this fight: Luke Baxter. In This Moment is an inspiring, relevant story about the nuances of religious freedom and how a group of determined people just might restore the meaning of faith in today's culture.
-Publisher