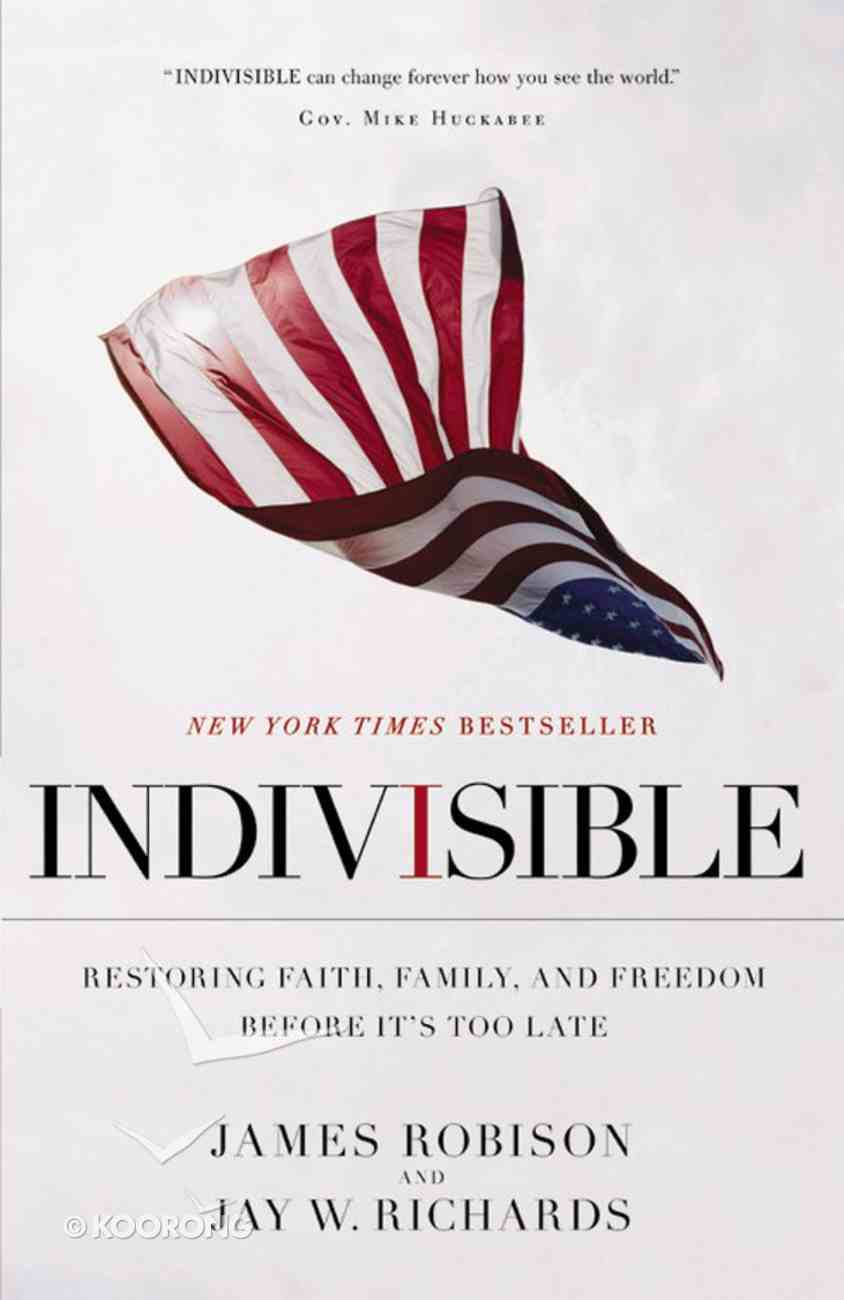 Indivisible: Restoring Faith, Family, and Freedom Before It's Too Late

101 Things You Should Do Before You Retire
David Bordon, Tom Winters
eBook

God Wants You to Be Happy
James Robinson
eBook

Mastering Life Before It's Too Late
Robert J Morgan
eBook

Too Nice For Your Own Good
Duke Robinson
eBook

It's Not Too Late
Tony Evans
Paperback

Do It Afraid
Joyce Meyer
eBook

Pull It Off
Julianna Zobrist
eBook


In INDIVISIBLE, James Robison, the founder and president of LIFE Outreach International, partners with Jay Richards, Ph.D., a writer who has appeared in both the New York Times and The Washington Post. Together, they tackle tough, controversial political issues facing conservative Christians today, including abortion, stem cell research, education, economics, health care, the environment, judicial activism, marriage, and others. Written to appeal to a broad spectrum of believers, INDIVISIBLE not only argues political questions from a Scriptural standpoint, it also provides simple arguments that Christians can use to support their beliefs in public settings.


Most significantly, Robison and Richards recognize that the point of origin for spiritual and moral transformation is the individual. "We are convinced by historical precedent that long term cultural change requires not merely sound thinking and public good works but rather, God's spiritual and moral transformation of us as individuals, which will then transform our churches, our communities, our culture, and ultimately our politics."

James Robison is the founder and president of LIFE Outreach International, a worldwide Christian relief organization. He is also the host of LIFE Today, a daily syndicated television program that reaches 300 million homes in the U.S., Canada, Europe, and Australia. He is the author of many books, including The Absolutes, True Prosperity, and Living in Love, and has spoken to millions of people through evangelistic crusades since entering public ministry in 1962.


Jay W. Richards, Ph.D., is a Senior Fellow at the Discovery Institute and the author of many books, including the award-winning Money, Greed, and God and The Privileged Planet. He is the executive director of the documentaries The Call of the Entrepreneur and The Birth of Freedom. He has been featured in the New York Times and the Washington Post and has appeared on Larry King Live. He has also lectured on economic myths to members of the U.S. Congress.

James M. Robinson is the former director of the Institute for Antiquity and Christianity and professor emeritus at the Claremont Graduate School. He is the author of "Trajectories Through Early Christianity, A New Quest of the Historical Jesus, " and "The Secrets of Judas", and is widely known for his pioneering work on the Sayings of Gospel Q, the Nag Hammadi Codices and as the general editor of "The Nag Hammadi Library in English".