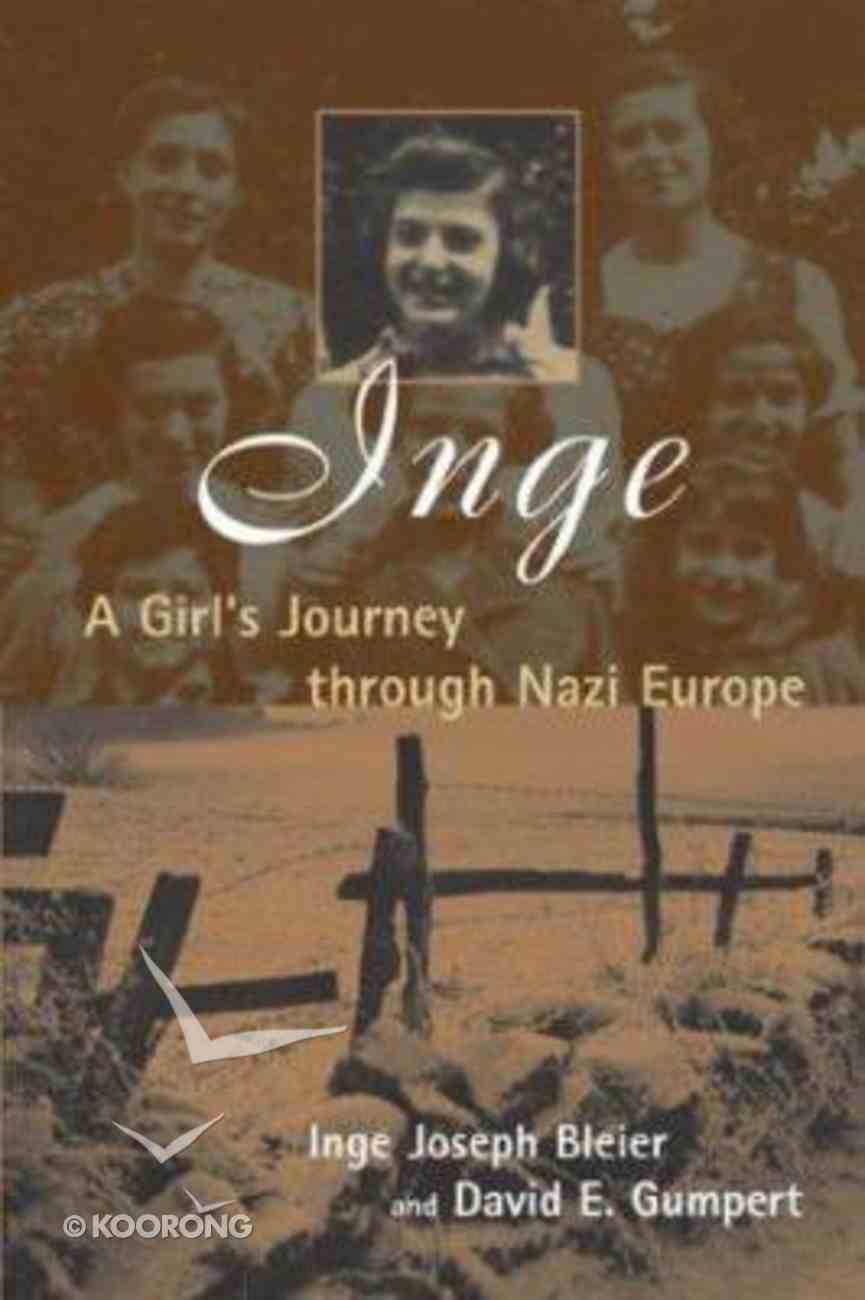 'Inge' tells the story of a teenage Jewish girl in wartime Europe, & also of little known efforts to protect Jewish children in France during the occupation. Based on Bleier's own manuscript, found after her death in 1983, this is...

Out of the Holocaust
Peter Volodja Boe
Paperback

Out of the Holocaust
Peter Volodja Boe
eBook

'Inge' tells the story of a teenage Jewish girl in wartime Europe, & also of little known efforts to protect Jewish children in France during the occupation. Based on Bleier's own manuscript, found after her death in 1983, this is a moving & dramatic reconstruction of one girl's remarkable survival.
-Publisher

In early 1939, after Kristallnacht, young Inge Josephbs family in Germany is broken apart, and her desperate mother sends her alone to Brussels to live with wealthy relatives. But she soon finds herself one of a hundred Jewish children fleeing for their lives following Hitlerbs invasions of Belgium and France.For a time, in 1941 and 1942, it seems as if Inge and the others have succeeded beyond their wildest dreams, as they find shelter through the Swiss Red Cross in an idyllic fifteenth-century French chC"teau. Inge even finds love there. But the rumors and horrors of the Holocaust are never far away, and eventually French gendarmes surprise the children, taking them from their protectors to a nearby transit camp. In their desperate attempts to escape, Inge and her boyfriend face unexpected life-and-death decisions -- wrenching decisions that will haunt Inge for the rest of her life.This powerful, never-before-told memoir is based on Ingebs own sixty-six-page manuscript, found after her death; David Gumpert has also drawn from Ingebs personal letters, from the recollections of friends, relatives, and people who were with her in Europe, and from his own close relationship with his aunt.One of the most dramatic stories of Christian rescue of Jewish children during the Holocaust, "Inge" is at the same time a totally frank account of the life and feelings of a teenage girl struggling to survive the Holocaust on her own -- and of how the effects of that experience reverberated through her life and on into the lives of her descendants. No matter how or why one reads it, "Inge" is a story of survival not soon to be forgotten.download discussion guide
-Publisher

Inge Joseph Bleier survived the war and emigrated to the United States, where she married, raised a family, and worked as a registered nurse who headed the obstetrics and gynecology department at Weiss Memorial Hospital in Chicago. She died in 1983.