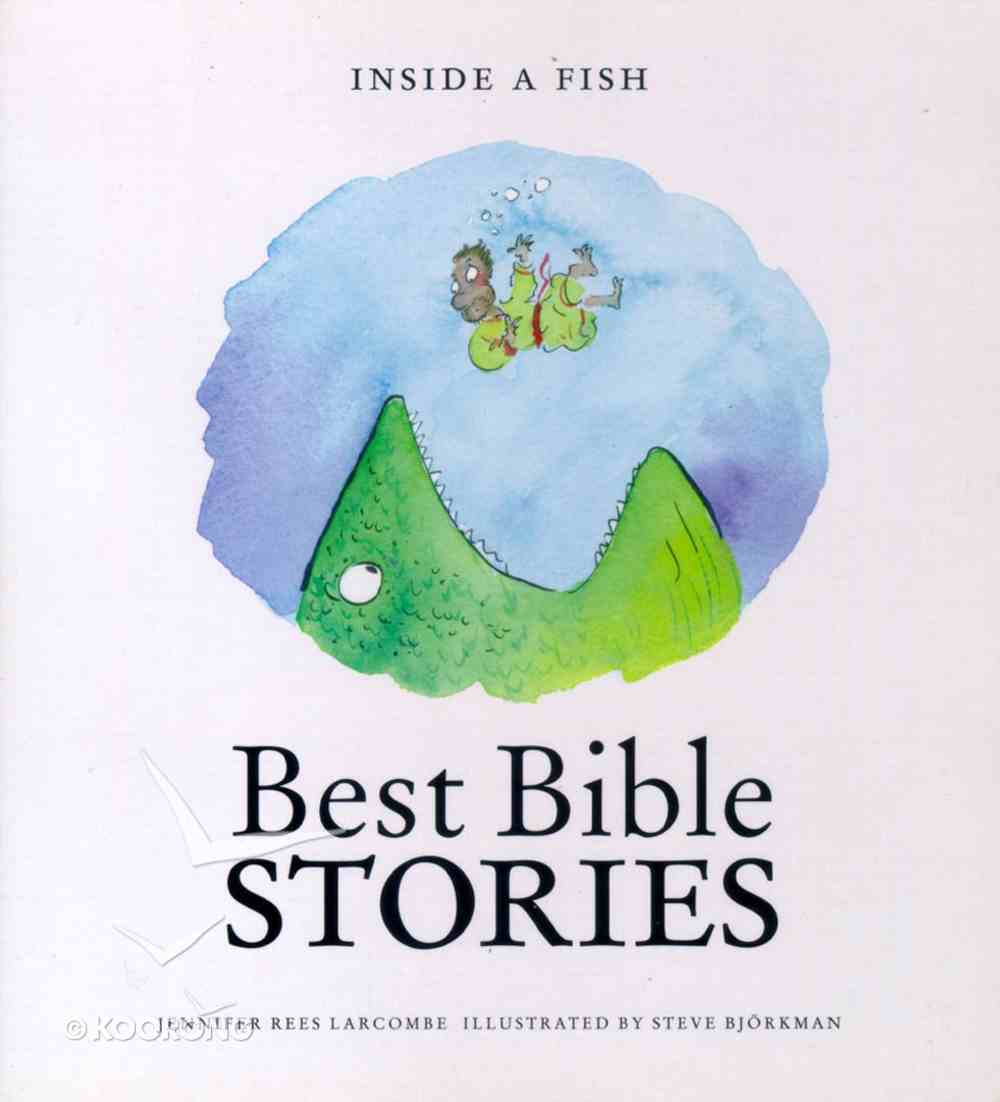 The story of Jonah and the whale, retold by Jennifer Rees Larcombe and illustrated by Steve Bjorkman for the BEST BIBLE STORIES SERIES. Jonah was disgusted that God was asking him to go to Nineveh and tell the people to...

The story of Jonah and the whale, retold by Jennifer Rees Larcombe and illustrated by Steve Bjorkman for the BEST BIBLE STORIES SERIES. Jonah was disgusted that God was asking him to go to Nineveh and tell the people to change their wicked ways. They were terrible people, and Jonah didn't think they should get a second chance. So instead, he jumped onto a ship going in the opposite direction. But a terrible storm hit the ship. "We're going to sink!" cried the sailors. Jonah knew God was angry with him and had caused the storm, so he told the captain to throw him overboard. Down and down sank Jonah, but a great big fish swallowed him just before he drowned. As soon as Jonah told God how sorry he was, the fish threw him up onto the beach. "Now off you go to Nineveh," said God. When the people of Nineveh heard what Jonah had to say, they prayed that God would forgive them. Jonah WAS cross. "I knew this would happen." He climbed a hill, hoping to see the city destroyed, but of course nothing happened. The sun beat down on him and he felt sick, thirsty and crosser than ever. "Why are you so angry with me?" God asked. "I made all those people, just as I made you." Jonah thought about that for a long time, then he walked all the way home and wrote this story down. Now, people all over the world will know just how much God loves them.
-Publisher

Jennifer Rees-Larcombe retells the story of Jonah and the whale. Jonah attempts to escape God's command to go to Nineveh by taking to sea, but he is thrown overboard when a storm blows up. A whale swallows him and throws him up on a beach near Nineveh.
-Publisher

Jennifer Rees Larcombe runs a charity called Beauty from Ashes, which aims to help people facing loss and trauma. She has experienced several major losses herself, including the 'death' of a 30-year-old marriage. Jennifer has written many books and magazine articles, and is a regular contributor to Day by Day with God, Bible reading notes published jointly by BRF and Christina Press.

The Story of Christmas
Hayley Down
Paperback

How Much is a Little Girl Worth?
Rachael Denhollander, Morgan Huff
Hardback