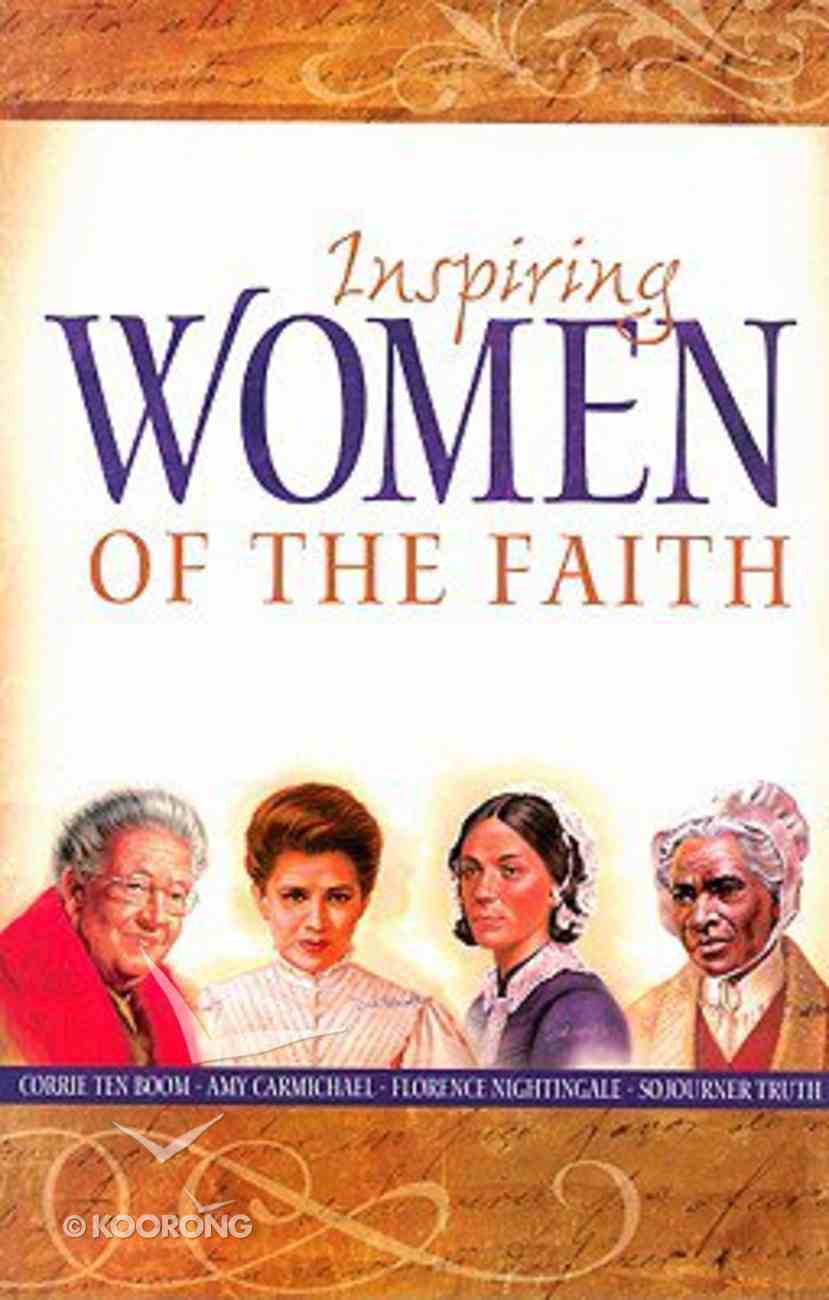 Inspiring Women of the Faith

Spanning a period of almost two hundred years, four courageous women of faith forever changed the world. Born into slavery, Sojourner Truth answered the call of God and spread the fire of abolition and women's rights in America. English-born Florence...

Hearts of Fire: Eight Women in the Underground Church and Their Stories of Costly Faith
Voice Of The Martyrs, Gracia Burnham (Fwd)
Paperback

Spanning a period of almost two hundred years, four courageous women of faith forever changed the world. Born into slavery, Sojourner Truth answered the call of God and spread the fire of abolition and women's rights in America. English-born Florence Nightingale carried her lamp of faith and healing onto the battlefields of the Crimean campaign and into the hearts of sick and wounded soldiers. Amy Carmichael made it her mission to provide sanctuary for more than one thousand orphans in India. Hollander Corrie ten Boom hid persecuted Jews and survived Nazi concentration camps. Four women, one faith, in one tremendous volume
-Publisher

Meet four inspiring women of the Christian faith...and allow their stories to transform your life. Born a slave,Sojourner Truthwould spread the fires of freedom all the way to Congress. Born a woman, she would boldly voice a link between the plight of slaves and that of American women. Born without hope, she would receive a call from God to preach a deeply felt message-that people best show their love for God by their concern for others. Florence Nightingalenever questioned the day God called her into His service. The "Lady with the Lamp" found her calling-comforting sick, wounded, and dying soldiers of the British military, and fighting for their rights within an apathetic establishment. From Scutari Hospital in the Crimean War, she turned the medical world upside down by demonstrating Jesus' teaching of service "unto the least of these my brethren." Surely if Jesus could give everything He had,Amy Carmichaelcould do no less. So in 1895 she embraced an unusual mission, one that would last the remaining fifty-six years of her life. The Dohnavur Fellowship in India would become, under her loving guidance, a sanctuary for more than one thousand children who would otherwise have faced a frightening future. Corrie ten Boomand her family, moved by the plight of the Jews built a secret room-a hiding place-into their home in Haarlem, Holland. Discovered by the Nazis, the ten Booms were sent to notorious concentration camps. By God's grace, Corrie would survive to become a "tramp for the Lord," sharing in more than sixty nations the thrilling message that nothing, not even death, can separate us from God's love.
-Publisher