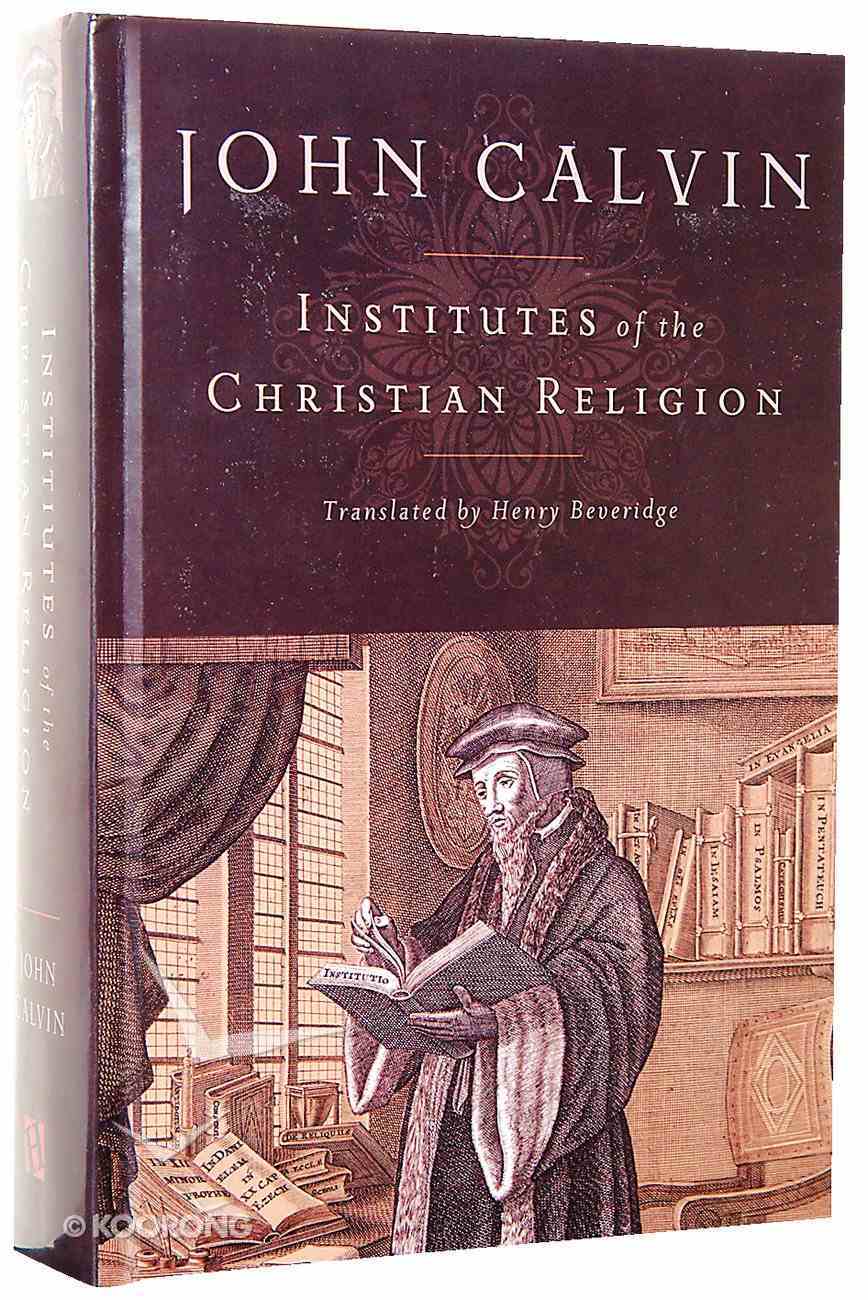 This classic statement of biblical faith and Reformation principles profoundly shaped the course of Western church history. Calvin's brilliant affirmation of God's total sovereignty remains as compelling today as it was 450 years ago. Essential reading!

John Calvin: A Companion to His Life and Theology
Donald K McKim
Paperback

This classic statement of biblical faith and Reformation principles profoundly shaped the course of Western church history. Calvin's brilliant affirmation of God's total sovereignty remains as compelling today as it was 450 years ago. Essential reading!

"Long regarded as the central theologian of the Protestant Reformation, John Calvin changed the course of the Christian church through one book: Institutes of the Christian Religion. Hendrickson Publishers here offers the classic English translation of this masterpiece, newly typeset and freshly designed for the modern reader, with all the citatioins, indexes, and other other helps updated."--BOOK JACKET.
-Publisher

Hendrickson offers a one-volume hardcover edition of one of Western Christianity's foundational works. Re-typeset into a clean and modern typeface, this edition is easy to read for the modern eye. This book will appeal to libraries, seminarians, pastors, and laypeople. "Institutes of the Christian Religion" by John Calvin is an introduction to the Bible and a vindication of Reformation principles by one of the Reformation's finest scholars. At the age of twenty-six, Calvin published several revisions of his Institutes of the Christian Religion, a seminal work in Christian theology that altered the course of Western history and that is still read by theological students today. It was published in Latin in 1536 and in his native French in 1541, with the definitive editions appearing in 1559 (Latin) and in 1560 (French).The book was written as an introductory textbook on the Protestant faith for those with some learning already and covered a broad range of theological topics from the doctrines of church and sacraments to justification by faith alone. It vigorously attacked the teachings of those Calvin considered unorthodox, particularly Roman Catholicism, to which Calvin says he had been "strongly devoted" before his conversion to Protestantism. The over-arching theme of the book - and Calvin's greatest theological legacy - is the idea of God's total sovereignty, particularly in salvation and election.
-Publisher