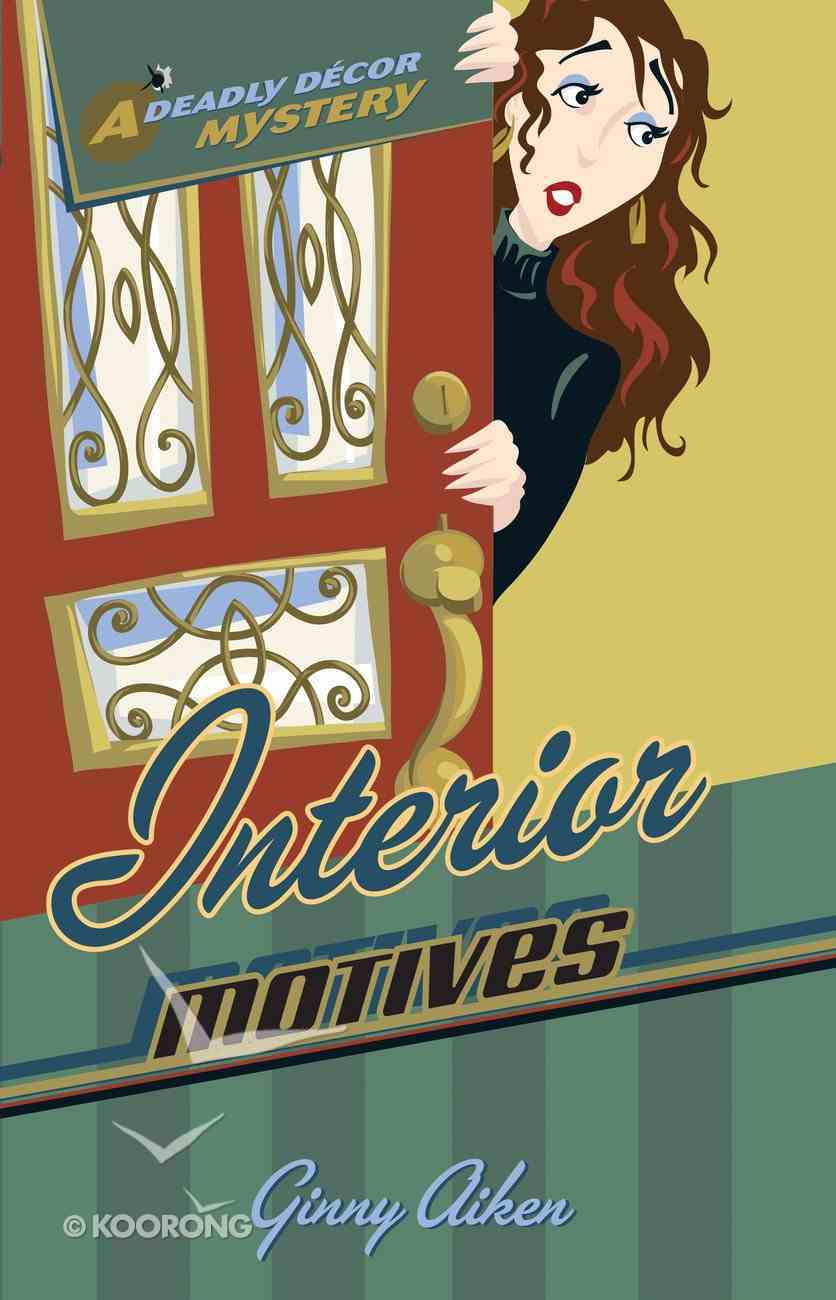 Interior designer Haley Farrell and contractor Dutch Merrill tackle another renovation project . . . and another murder. Book 3 in the Deadly Décor Mystery series.Paint chips and fabric samples do not a detective make, but that's all interior designer...

All interior designer Haley Farrell wants to do is make houses beautiful. With the help of talented contractor Dutch Merrill, she has her dream career. Unfortunately, she's also got a reputation for playing Sherlock Holmes, a crazy neighbor who thinks she's Watson, and a past that just won't let go. Then comes a brand-new design project--a grand old house in need of some TLC. Window dressings and dead body included.

Haley suspects foul play and she's got a list of suspects from a naughty nurse to shifty sons to a drug-dealing doctor. Searching for answers means butting heads with top cop Lila Tsu and trying to keep her neighbor Bella from getting herself killed. But Haley just can't stop snooping. Will her determination endanger those she loves most?

Ginny Aiken is the author of more than twenty books, including the Silver Hills Trilogy, a historical fiction series. Born in Cuba and raised in Venezuela, Ginny is a frequent speaker at women's events and writers' conferences.Former newspaper reporter Ginny Aiken discovered books at a very early age, writing her first novel at age fifteen. She is the author of Light of My Heart, Song of My Soul, and Spring of My Love, as well as Design on a Crime and Decorating Schemes. A frequent speaker at women's events and writers' conferences, Ginny lives with her husband and four sons in Columbia, Pennsylvania.

Interior designer Haley Farrell and contractor Dutch Merrill argue over just about everything--even their rhyming last names. Could it be a budding romance, or is it business as usual for these creative cohorts? Unfortunately, they don't have time to figure it out. Marlene Weikert, their newest client in a renovation project, has just died, and Haley suspects it was not by natural causes.

Who would have killed Marlene? Could it be the friendly nurse? One of Marlene's contentious sons? Or maybe the doctor who provided Marlene's medication? Armed with her designer's eye for detail, Haley sets out to solve the mystery.