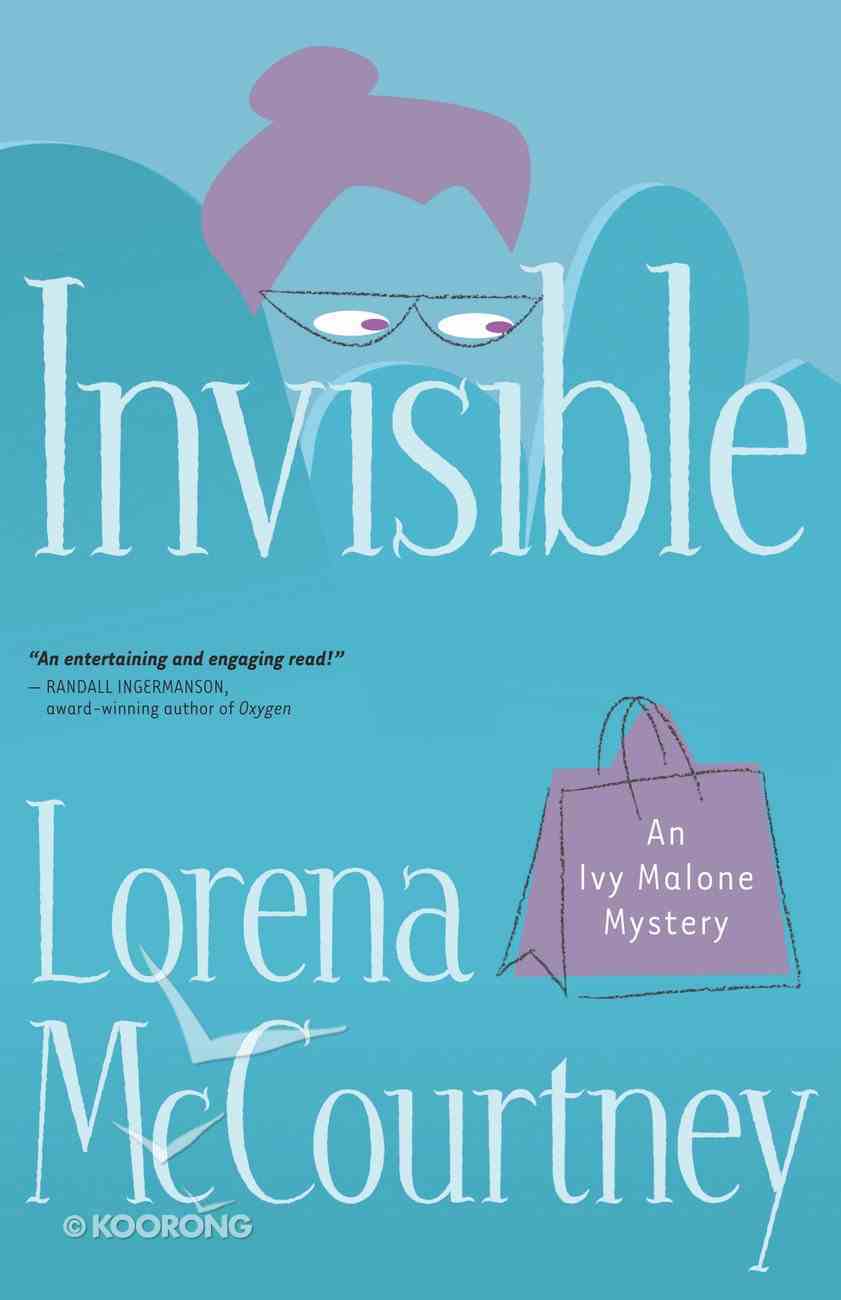 Ivy Malone is a woman with a wry sense of humour, a powerful faith, and a "mutant curiosity gene" (as a police friend puts it), which sometimes get her into trouble. She has also discovered that in this fast-moving,...

Ivy Malone is a woman with a wry sense of humour, a powerful faith, and a "mutant curiosity gene" (as a police friend puts it), which sometimes get her into trouble.

She has also discovered that in this fast-moving, youth-oriented world she seems to have drifted into invisibility. People just don't seem to see her any more. She's at first startled and dismayed by this, but she's not one to look on the dark side of things. She decides to put this newfound "invisibility" to good use and sets out to catch the culprits vandalizing a nearby rural cemetery.

Only to find herself entangled with more than vandals, that she's smack in the midst of the murder of a young neighbour woman. And it's going to take all the nerve and ingenuity she can muster, as well as invisibility, to bring the guilty to justice and save her own neck.
- Publisher.

She's not your average crime fighter!

Ivy Malone has a curiosity that sometimes gets her into trouble, and it's only aggravated by her discovery that she can easily escape the public eye. So when vandals romp through the local cemetery, she takes advantage of her newfound anonymity and its unforeseen advantages as she launches her own unofficial investigation.

Despite her oddball humor and unconventional snooping, Ivy soon becomes discouraged by her failure to turn up any solid clues. And after Ivy witnesses something ominous and unexplained, she can't resist putting her investigative powers to work again. Even the authorities' attempts to keep Ivy out of danger and her nosy neighbor's match-making schemes can't slow her down. But will the determination that fuels this persistent, quirky sleuth threaten her very safety?

"I laughed out loud. McCourtney's charming mystery debuts a voice both enchanting and startling."-Colleen Coble, author of Without a Trace

"McCourtney's skill at blending whimsy, quirks, and questions into a lead character makes Invisible a must read."-Lois Richer, author of Dangerous Sanctuary

"Invisible is a treat! Ivy Malone is a heroine with spunk and determination!"-Carol Cox, author of A Stitch in Time
-Publisher