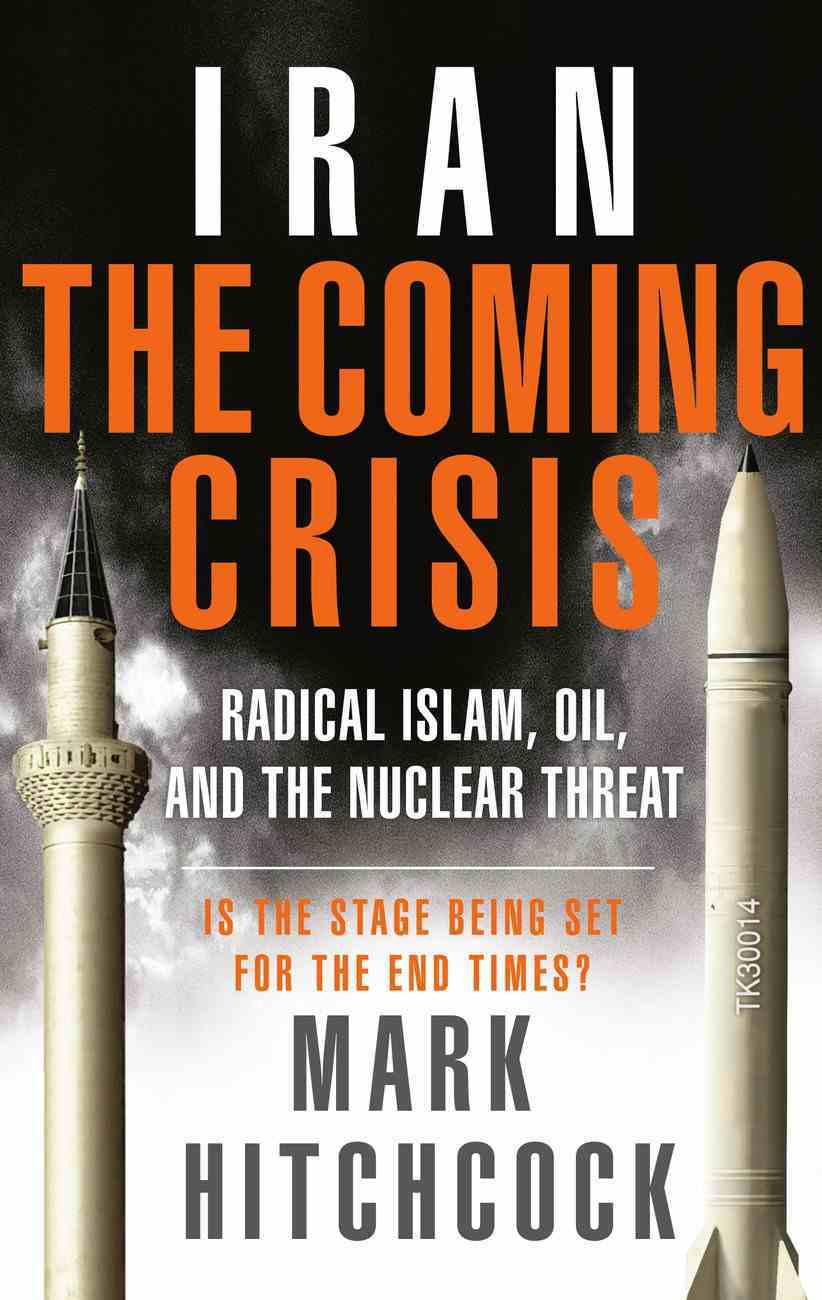 Are you confused by today's headlines about events in the Middle East? Find answers to your questions as Hitchcock reveals Iran's past, present, and future---from its quest for nuclear weapons to its support of Palestinian terrorists. Did Ezekiel predict that...

Are you confused by today's headlines about events in the Middle East? Find answers to your questions as Hitchcock reveals Iran's past, present, and future---from its quest for nuclear weapons to its support of Palestinian terrorists. Did Ezekiel predict that Iran would invade Israel? What will happen next? Will Israel---and the world---survive? 224 pages

The Past, Present, and Future—Exposed

The events wracking the Middle East today are confusing to even the most avid news buff. Now all the answers to your questions are offered in just one resource. Divided into five main sections, Iran: The Coming Crisis contains the most up-to-date, thorough information available and is complete with maps, charts, and timelines for visual assistance. Iran’s past, present, and future are exposed—the country’s quest for nuclear weapons and support of Palestinian terror groups, its ability to “play the oil card,” and Iranian president Mahmoud Ahmadinejad’s apocalyptic beliefs that motivate his actions. You’ll discover the truth about today’s events, how they relate to Bible prophecy, and what the Bible clearly describes is yet to come. It’s a crisis unlike any the world has ever faced.

Are We Headed for a Nuclear Jihad?

“Israel must be wiped off the map,” Iran president Mahmoud Ahmadinejad said it himself. He has denied the Holocaust, and his actions are motivated by a dangerous apocalyptic view of Islam. Meanwhile, Islamic extremists are in hot pursuit of nuclear weapons as they stand as gatekeepers to the Persian Gulf oil flow. Closer to home, President Bush has stated that the greatest threat to America is nuclear terrorism.

In a prophecy written over 2,500 years ago, Ezekiel 38-39 foretells Iran ’s future. Iran, Russia, and other Islamic nations will invade Israel in the end times. Today, the connection between Iran and Russia only grows. How close is this invasion?

Mark Hitchcock, an expert in Bible prophecy, exposes Iran ’s past, present, and future with striking clarity. Find maps, charts, and answers to your every question inside.

“I highly recommend Mark as a faithful guide to understanding current events in light of God’s wonderful plan of prophecy.”
-Tim LaHaye, Pastor and bestselling author

There seems to be no turning back from the looming crisis in the Middle East. The Islamic and political rulers of Iran are set in their ideology by principle. The West and Israel are headed for some sort of confrontation economically, socially, and likely militarily. Mark Hitchcock ’s background as a lawyer, pastor, and expert in Bible prophecy suits him perfectly as a Christian authority on the subject. Timing is critical, and his new book will release as more and more everyday people—Christians and non-Christians alike—realize the gravity of world events and question how they relate to Bible prophecy.
-Publisher

Mark Hitchcock (Ph.D., Dallas Theological Seminary) and pastors Faith Bible Church in Edmond, Oklahoma. A favoured student of the late John F. Walvoord, He has written 15 books related to end-time Bible prophecy including Armageddon; Oil and Terror and 2012, the Bible, and the End of the World served as contributing editor for the Left Behind Prophecy Club for four years. Mark and his wife Cheryl live in Edmond with their two sons.

The Paradigm: The Ancient Blueprint That Holds the Mystery of Our Times
Jonathan Cahn
Hardback

The Bible-Based Dictionary of Prophetic Symbols: Bridging the Gap Between Revelation and Application
Joe Ibojie
Paperback