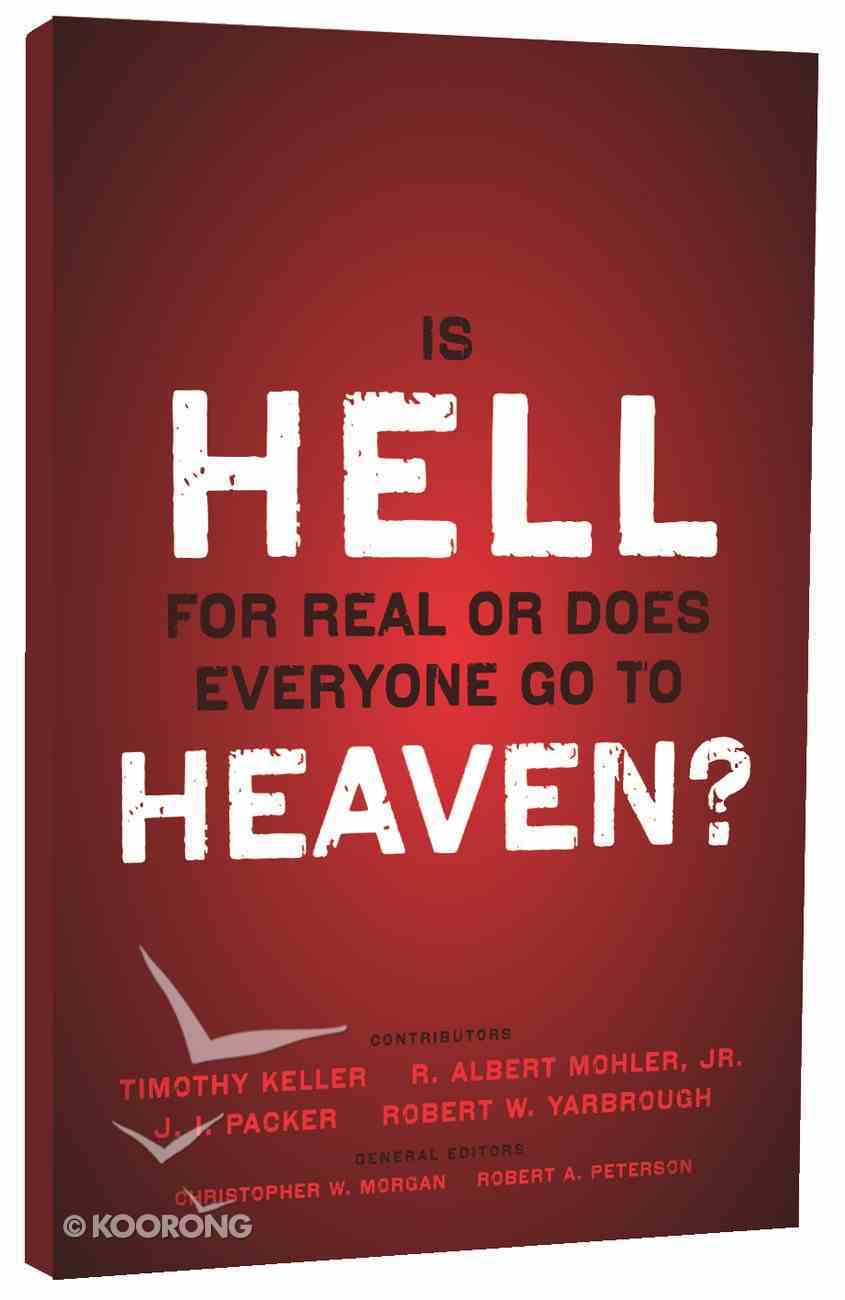 Is Hell For Real Or Does Everyone Go to Heaven?

Both outside and inside of the church, many people today are increasingly uncomfortable with hell. They wonder: How could it be fair to punish anyone for eternity? Will Jesus really condemn millions simply for not believing the right...

3 available
Expected to ship within 6 hours from Australia.
Learn More
Free Shipping
for orders over $99.

Both outside and inside of the church, many people today are increasingly uncomfortable with hell. They wonder:

How could it be fair to punish anyone for eternity?

Will Jesus really condemn millions simply for not believing the right things about him?

Isn't God a God of love, not vengeance?

The top-notch contributors to Is Hell for Real or Does Everyone Go to Heaven? tackle these and other questions with an even-handed survey of the Bible's teaching on this difficult subject. Together, they present a careful case for upholding hell, showing that it remains central to a right understanding of God, the gospel, humanity, and God's purposes for the world.

Useful for group discussion or individual study, Is Hell for Real or Does Everyone Go to Heaven? provides an accessible introduction to the historic Christian doctrine of hell.

Robert W. Yarbrough (PhD, University of Aberdeen) is chair of the New Testament department and associate professor of New Testament at Trinity Evangelical Divinity School. He has authored, coauthored, or translated a number of books, including the groundbreaking textbook Encountering the New Testament. He is also coeditor of the Baker Exegetical Commentary on the New Testament series, completing the volume of 1-3 John himself, and is the author of the Pastoral Epistles (Pillar New Testament Commentary).
-Editorial Review.