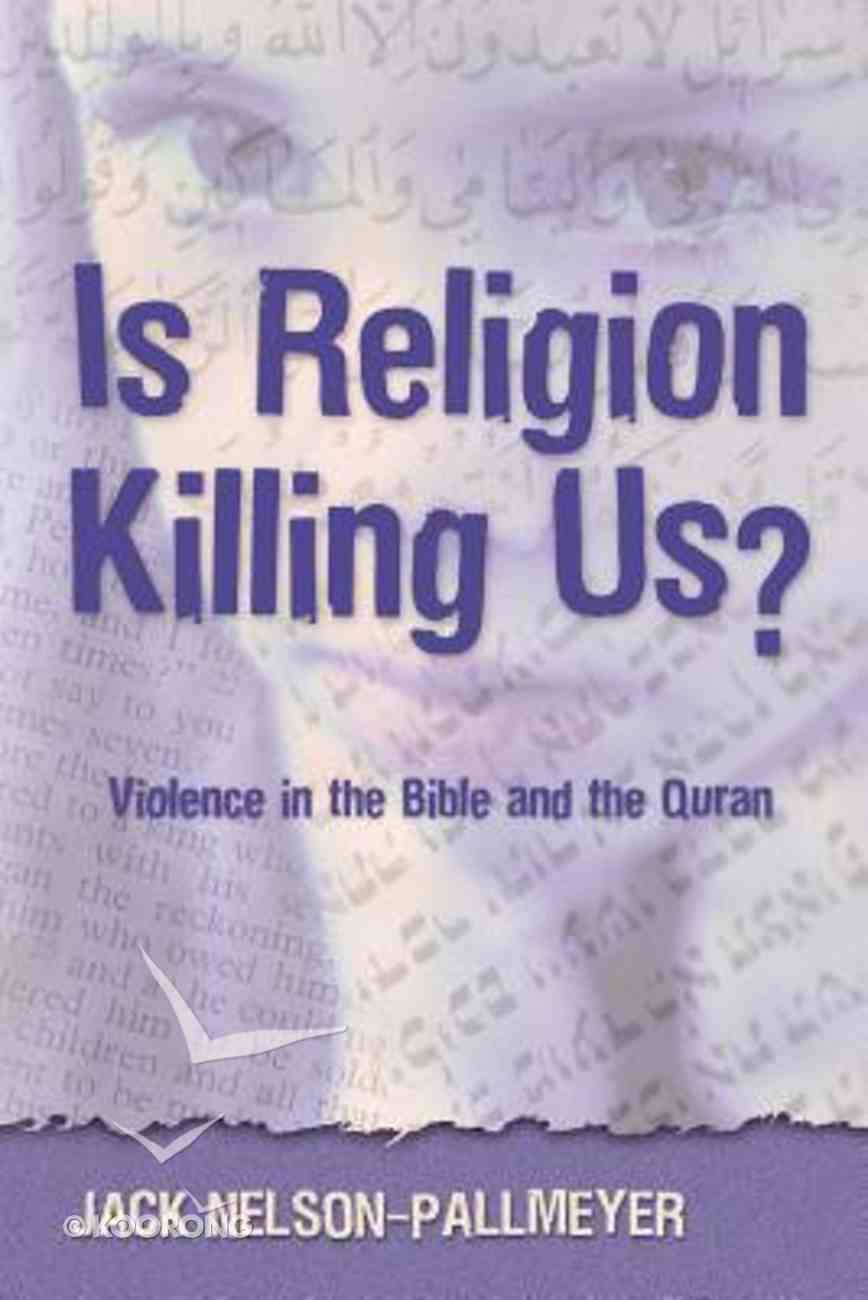 Is Religion Killing Us?

Post 9/11 attention has focused on Islam as a violent religion, but Nelson-Pallmeyer shows that the Bible and the Quran both have ample violence-justifying content to support "holy" and other wars. The challenge, he maintains, is to acknowledge violence in...

Twelve Lies That Hold America Captive: And the Truth That Sets Us Free
Jonathan Walton
Paperback

A Whole Which is Greater
eBook

Donald Trump is Not My Savior: An Evangelical Leader Speaks His Mind About the Man He Supports as President
Michael L Brown
Paperback

Mission At Nuremberg: An American Army Chaplain and the Trial of the Nazis
Tim Townsend
Paperback

Post 9/11 attention has focused on Islam as a violent religion, but Nelson-Pallmeyer shows that the Bible and the Quran both have ample violence-justifying content to support "holy" and other wars. The challenge, he maintains, is to acknowledge violence in "sacred scripture" and re-vision God's power.
-Publisher

Coverage of recent world events has focused on violence associated with Islam. In this courageous and controversial book, Jack Nelson-Pallmeyer claims that this narrow view ignores the broader and unfortunate relationship between human violence and the sacred texts of Jews, Christians, and Muslims. Both the Bible and the Quran, he believes, are riddled with violent images of God and with passages that can be reasonably interpreted to justify violence against enemies in service to God's will.According to Nelson-Pallmeyer, many wondered how Muslims could in God's name kill innocent civilians by flying airplanes into the World Trade Center and the Pentagon. Few, however, questioned U.S. leaders and citizens invoking God's name, or assuming God's favor, to fight the responsive "war against terrorism." And in the Middle East, the roots of the continuing and seemingly unsolvable conflict and violence are to be found in both the Torah and the Quran.Nelson-Pallmeyer challenges the understanding of power that lies at the heart of the sacred texts of Judaism, Christianity, and Islam. He argues that nonviolence is powerful and necessary and that a viable future for human beings and the planet depends on challenging the ways in which sacred texts reinforce visions of power that are largely abusive. A viable future, he says, depends on re-visioning God's power.Jack Nelson-Pallmeyer is Assistant Professor of Justice and Peace Studies at the University of St. Thomas in St. Paul, Minnesota. For more than twenty years he has studied and written about the relationship of religion, violence, and peace, and his books include Jesus Against Christianity: Reclaiming the Missing Jesus (Trinity Press International) and School of Assassins: Guns, Greed, and Globalization.

Jack Nelson-Pallmeyer is a professor at the University of St. Thomas in St. Paul, Minnesota. He has written 15 books, including The Politics of Compassion, Brave New World Order, Saving Christianity from Empire, and Is Religion Killing us? Violence in the Bible and the Quran.