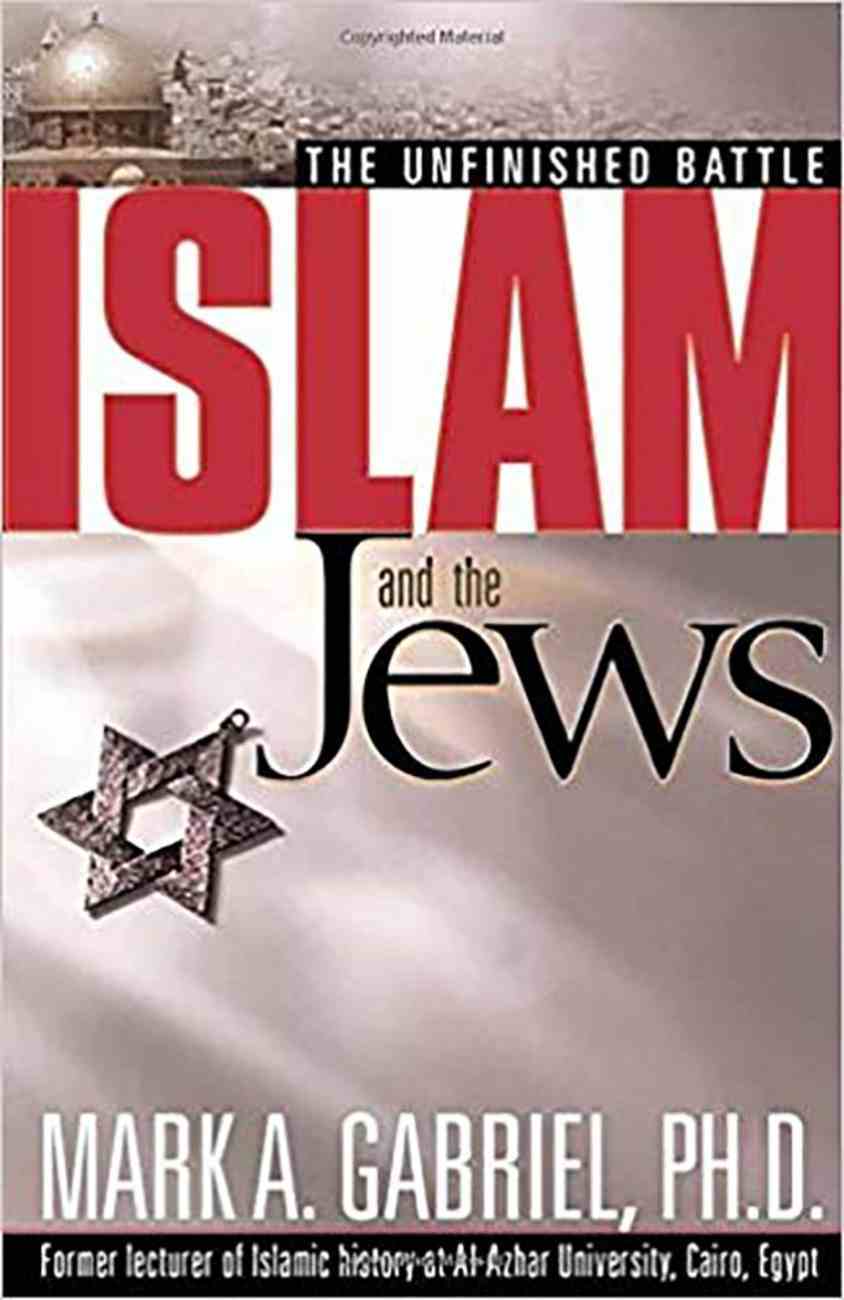 Islam and the Jews

The Gospel For Muslims: An Encouragement to Share Christ With Confidence
Thabiti M Anyabwile
Paperback

It is time to dispel the hatred, fear and lies that keep Islam and Judaism separated. The majority of Christians do not understand why the Muslims literally hate the Jews, and to make matters worse, most Jews do not understand it, either. Dr. Mark A. Gabriel, former professor of Islamic history at the most prestigious university in Cairo, Egypt, shares an overview that will rock the world! It is time for people to realize why the Muslims believe Islam is the perfection and completion of Judaism and Christianity.
-Publisher

What fuels the conflict?
There are powerful cultural and spiritual forces that explain…
Why Palestinians reject peace offers Why radical Muslims attach Israel's supporters, especially Americans The role of Christians in unfolding world events Why, if Islam is a religion of peace, Muslims kill Jews in the name of Allah, their god Why the Quran calls Jews "the children of monkeys and pigs"
"I didn't just do research about Islam; I lived if for thirty-four years!" -Mark Gabriel

"Dr. Gabriels transformation from devout Muslim is a powerful reminder of how love can indeed conquer hate. His bold change of heart prompts him to bless the Jewish people rather than curse and hate them." -Rabbi Yechiel Eckstein

"Islam and the Jews reveals the secret agenda that is not being told by the media. I wish U.S. government officials would read this book." -Sid Roth, President, Messianic Vision

Mark A. Gabriel, PhD, grew up as a devout Muslim and is a former professor of Islamic history at Al-Azhar University in Cairo, Egypt, the most prestigious Islamic university in the world. He was also a former pupil of the first World Trade Center bombing mastermind, Sheikh Omar Abdul Rahman. As a practicing Christian for more than a decade, he has earned a master's degree in world religions and a PhD in Christian education. He travels and lectures for a variety of groups all over the world.