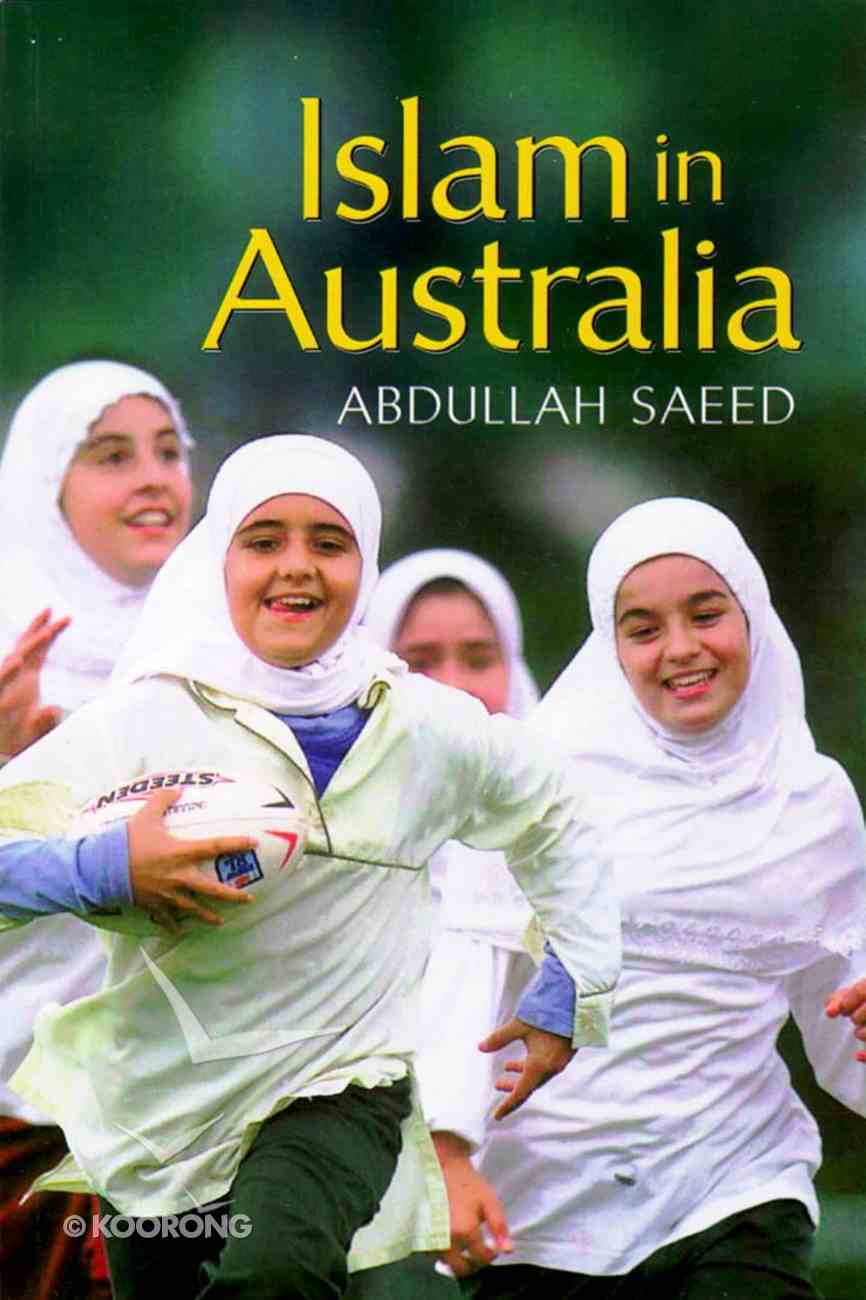 Islam reached Australia's shores before Christianity, but it is only in recent times that its believers have become a significant part of Australia's rich cultural mix. What is Islam and who are its practitioners in Australia? What do they believe...

Islam reached Australia's shores before Christianity, but it is only in recent times that its believers have become a significant part of Australia's rich cultural mix. What is Islam and who are its practitioners in Australia? What do they believe and how do they practice their beliefs? What exists behind the often negative stereotypes presented in the media?;In this brief and accessible introduction to the world of Islam, Abdullah Saeed dispels the myths and explains the background to one of humanity's oldest and most intriguing religions - with particular reference to Islam now, and to the experience of Muslims in Australia. He outlines the emergence of Islam and its remarkable contributions to areas such as philosophy, science, astrology and medicine. This overview creates a context in which to think about Islam - its worldview, key concepts and ideas, practices and institutions, sacred places and times - and provides the reader with an understanding of the fundamental tenets of this religion, as it is lived by over 300,000 residents of Australia.;The book gives an insight into Islam today, providing a basis for understanding the high degree of diversity among Muslims while keeping an eye on what unites them. Muslims are often depicted as an identical mass, when in fact in Australia, they make up one of the most culturally diverse groups in the community. In the wake of September 11 and the recent bitter controversy over asylum seekers, Islam in Australia aims to counter the ignorance and prejudice with facts about the people next door.
-Publisher

In this clear and accessible introduction to the world of Islam, the history, beliefs, practices, and laws of this ancient religion are introduced. With a special focus on Muslims in Australia, the book addresses such issues as the identities of practitioners of Islam in Australia, what they believe and how they practice their beliefs, and the reality behind the often negative stereotypes presented in the media. The emergence of Islam and its remarkable contributions to philosophy, science, astrology, and medicine are outlined.
-Publisher

Abdullah Saeed</b> is the head of the Arabic and Islamic studies program at the University of Melbourne in Australia. He is the coeditor of <i>Muslim Communities in Australia,</i> the coauthor of <i>Essential Dictionary of Islamic Thought,</i> and the author of <i>Islamic Banking and Interest.</i>