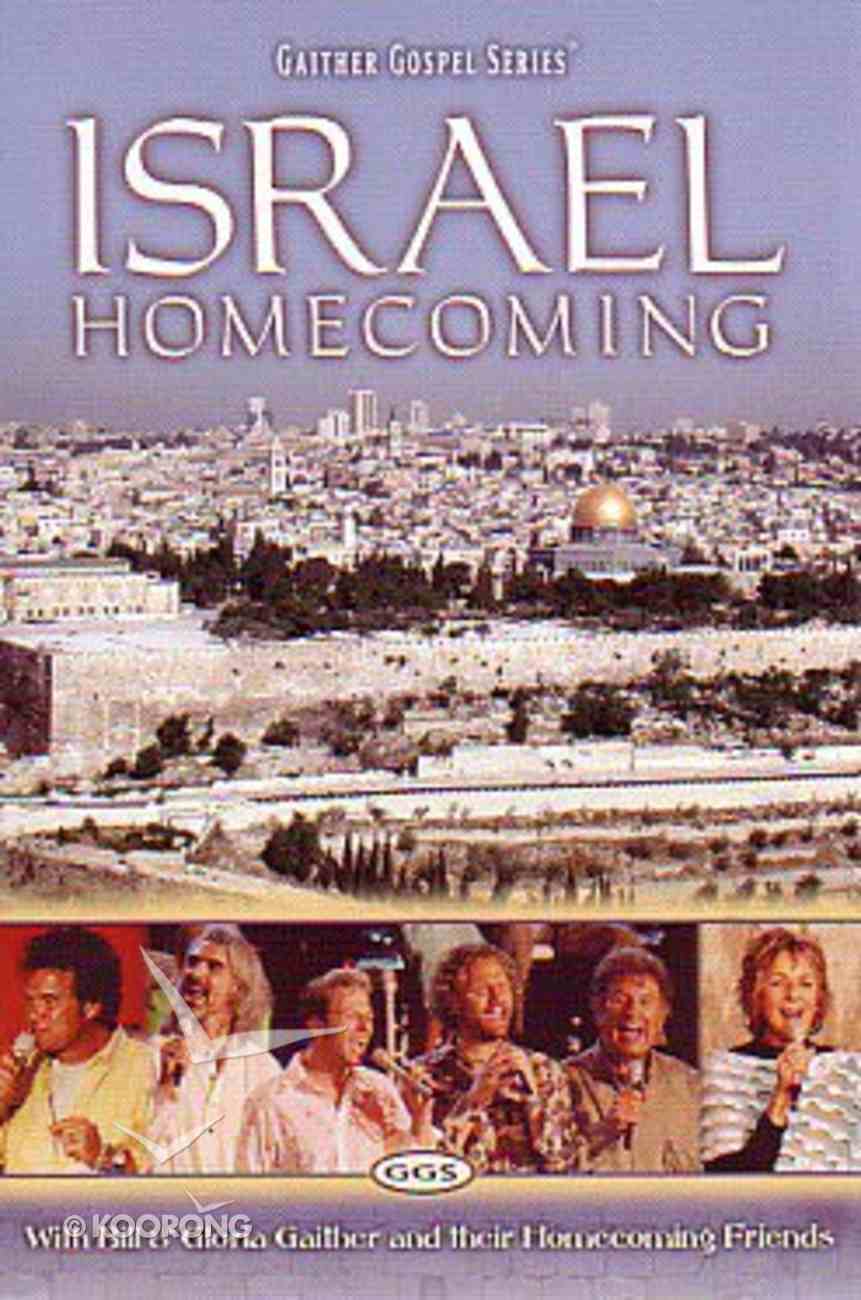 In an historic first for Bill and Gloria Gaither and their Homecoming Friends, Jerusalem – The Holy City of God – plays host for a moving videotaped visit to the cradle of Christianity. The concert, was staged in David's Citadel,...

In an historic first for Bill and Gloria Gaither and their Homecoming Friends, Jerusalem – The Holy City of God – plays host for a moving videotaped visit to the cradle of Christianity. The concert, was staged in David's Citadel, part of the original city of Jerusalem, and one of the most unique and sacred venues in the world. The entire countryside where Jesus lived, walked and died is showcased with stirring performances at the Garden Tomb, the Southern Steps and the Jordan River. Songs such as "I Have Returned" – Sue Dodge and Mike Allen, and "The Holy City" – Larry Ford, celebrate David's City, while "Because He Lives", "The Old Rugged Cross" and "I've Just Seen Jesus" pay tribute to the master of our Faith. - Publisher

In this unprecedented video event, Bill and Gloria Gaither and the Homecoming Friends travel to the very origins of the hope about which they have been singing for decades. An intimate concert filmed before a live audience at David's Citadel in the heart of Jerusalem, plus compelling footage and interviews, honors the reality of Christ's life, death and resurrection and celebrates the hope of eternity through this unforgettable Israel Homecoming!^^Bonus Materials^*Interactive Menus^*Exclusive Digital Transfer^*Dolby Digital 5.1 and Stereo^*Bonus Footage PLUS Two Additional Songs
-Publisher

Gaither Homecoming is the name applied to a series of video/dvd, music recordings and concerts, which are organised, promoted and usually presented by Christian music songwriter and impresario Bill Gaither and team. Bill Gaither is the most successful and most honoured artist in the history of Christian music. In more than 30 years as a composer, songwriter, and producer he received three Grammys, 20 Dove Awards, and the first Gold Record ever awarded to an inspirational album. His "Homecoming Concert" music videos/dvds have sold over 7.5 million copies, and the annual concert tour draws more than half a million fans. Gaither was inducted into the Gospel Music Association Hall of Fame in 1982 and was recently honored as Christian Songwriter of the Century by ASCAP. He lives in Alexandria, Indiana.