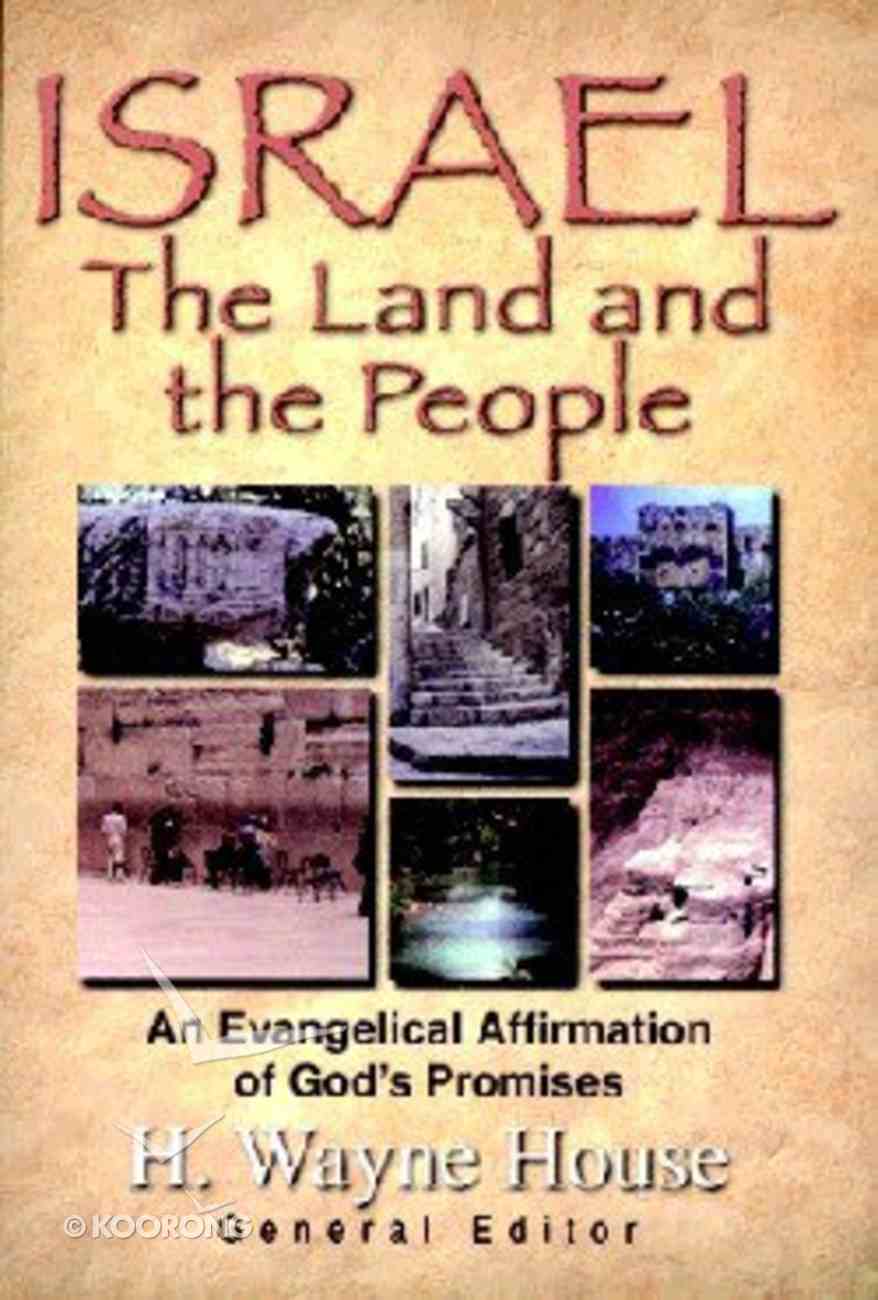 Israel: The Land and the People

Edited by H Wayne HouseNumerous evangelical scholars and authors examine pressing issues regarding theidentity of the Jewish people, the competing claims to the land of Israel, andthe future of the nation in the plan of God. 352 pages, from Kregal....

John, Jesus, and the Renewal of Israel
Tom Thatcher, Richard A Horsley
Paperback

Fascinating People of the Bible
eBook

Message of the Church, The: Assemble the People Before Me (Bible Speaks Today Themes Series)
Chris Green
Paperback

Edited by H Wayne HouseNumerous evangelical scholars and authors examine pressing issues regarding theidentity of the Jewish people, the competing claims to the land of Israel, andthe future of the nation in the plan of God. 352 pages, from Kregal.

In 1998 Israel celebrated fifty years as a nation, yet its future is as uncertain as its past has been unsettled. Numerous evangelical scholars and authors examine pressing issues regarding the identity of the Jewish people, the competing claims to the land, and the future of the nation in the plan of God. Includes chapters by Tuvya Zaretsky, Ronald B. Allen, Harold Hoehner, Walter C. Kaiser Jr., David L. Larsen, and others.
-Publisher

H. Wayne House (Th.D., Concordia Seminary, St. Louis; J.D., Regent University School of Law) is Distinguished Research Professor of Biblical and Theological Studies at Faith Seminary in Tacoma, Washington, and Professor of Law, Trinity Law School in Santa Ana, California. Dr. House serves on the board of the Council on Biblical Manhood and Womanhood. He is author or editor of more than seventy journal and magazine publications, and a contributor to several books, dictionaries and encyclopedias. He is also the author of more than twenty books, including The Christian and American Law and Israel: The Land and the People. He has been married to Leta Frances McConnell for forty years, has two grown children, and five grandchildren. He enjoys playing with his grandchildren, reading, and traveling to ancient lands.
-Publisher

H. Wayne House (ThD.,Concordia Theological Seminary, JD., Regent University) is distinguished professor of biblical studies and apologetics at Faith Seminary, Tacoma, Washington, and a professor of law at Tinity Law School, Trinity International University. He is the author of numerous books, including Charts of Cults, Sects, and Religious Movements, and Charts of Christian Theology and Doctrine. Dr. House is past president of the Evangelical Theological Society. He and his wife Leta reside in Silverton, Oregon.