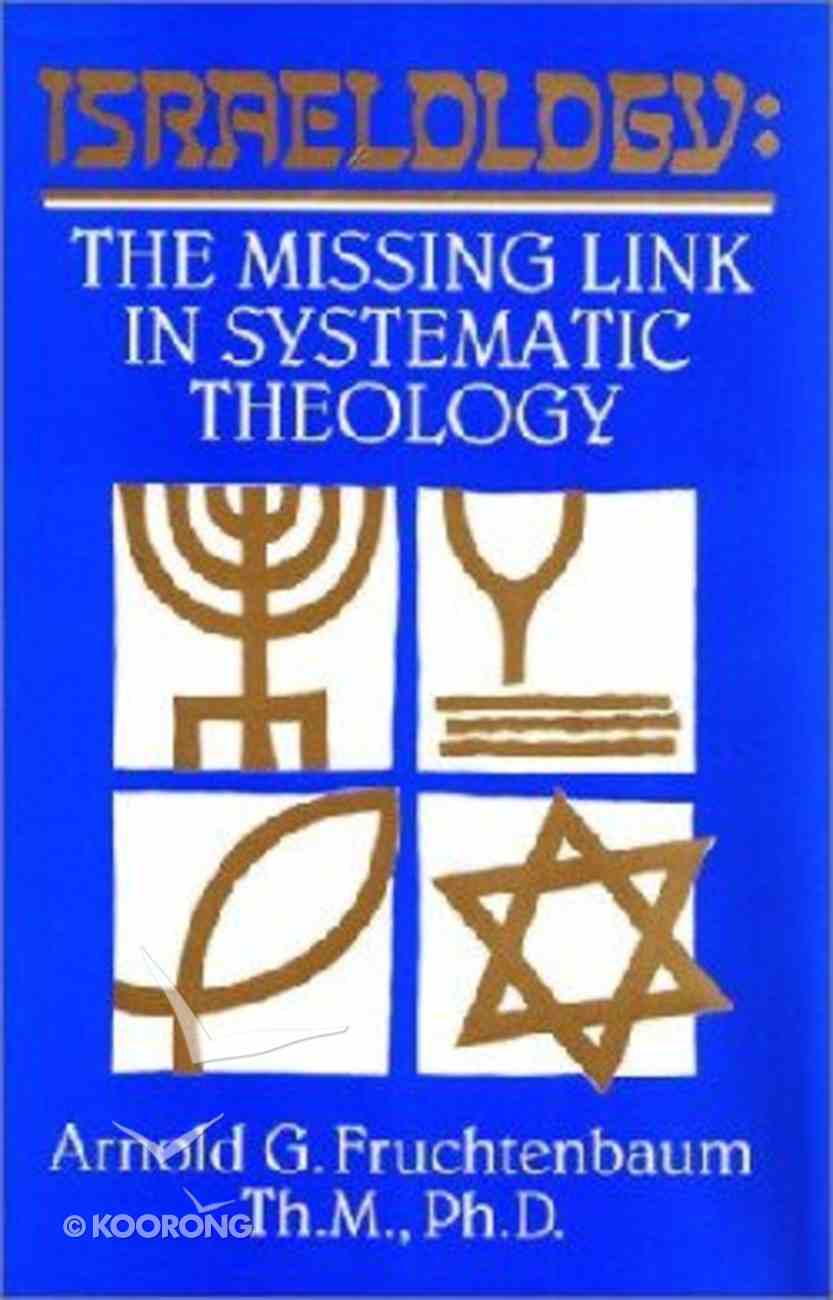 One's view of Israel is key in determining one's theology, and this groundbreaking study scrutinizes beliefs that tend to confuse the identities of both Israel and the Church. It is the first to create an entire systematic theology of all...

One's view of Israel is key in determining one's theology, and this groundbreaking study scrutinizes beliefs that tend to confuse the identities of both Israel and the Church. It is the first to create an entire systematic theology of all that the Scriptures say in regard to the people of Israel. As such, Israelology fills a tremendously neglected void, while affecting nearly every other segment of systematic theology and directly addressing a crucial point of division in evangelical theology today.

Dr. Fruchtenbaum’s masterful book, written over a 13-year period to earn his Ph.D. from New York University, exhaustively surveys every aspect of Israel’s past, present and future from the perspective of four major schools of theology (postmillennialism, amillennialism, premillennialism and dispensationalism). Its far-reaching conclusion is that only the last, with its clear distinction between Israel and the Church, can, in fact, provide a systematized biblical doctrine of Israel. But even dispensationalists – while organizing every other major Scriptural theme from the Church (Ecclesiology) to Salvation (Soteriology) to Last Days (Eschatology) – have failed to develop a systematic theology of one of the Bible’s most integral subjects, Israel. Until now … Israelology pioneers a fully dispensational approach to this topic, proving that it is central to a proper systematic theology and, thus, critical in terms of issues such as Messiah’s return, evangelism, anti-Semitism and, ultimately, God’s entire agenda for Jews and Gentiles alike.

The Biblical Evangelist called Israelology a "tremendous, masterful book... Amillennialism, postmillennialism and other forms of Covenant Theology go up in smoke under the withering blaze of biblical light Fruchtenbaum places on them."
-Publisher.

One of the foremost authorities on the nation of Israel, Dr. Arnold G. Fruchtenbaum (PhD., New York University) is a messianic believer and founder and director of Ariel Ministries , a Texas-based organization dedicated to evangelism and discipleship of Jewish people. Dr. Fruchtenbaum was born in Siberia after his father was released from a communist prison there. Aided by the Israeli underground, the Fruchtenbaum family escaped from behind the Iron Curtain. While living in Germany from 1947 to 1951, Arnold received Orthodox training from his father , who had himself been reared to assume Chasidic (ultra-orthodox Jewish) leadership in Poland, only to later lose most of his family and his faith to the Holocaust. The Fruchtenbaums immigrated to New York, and five years later, at age 13, Arnold came to saving faith. Having lived in Israel for three years, Dr. Fruchtenbaum's intensive study of the role of that nation in God's plan of world redemption has made him a much in-demand speaker at Bible conferences and schools throughout the world. He is the author of numerous books to assist Messianic Jews and all believers in commentaries on Judges and Ruth, The Messianic Jewsih Epistles (Hebrews, James, I & II Peter, and Jude), The Footsteps of the Messiah and Messianic Christology.

Dignity and Destiny: Humanity in the Image of God
John F Kilner
Paperback