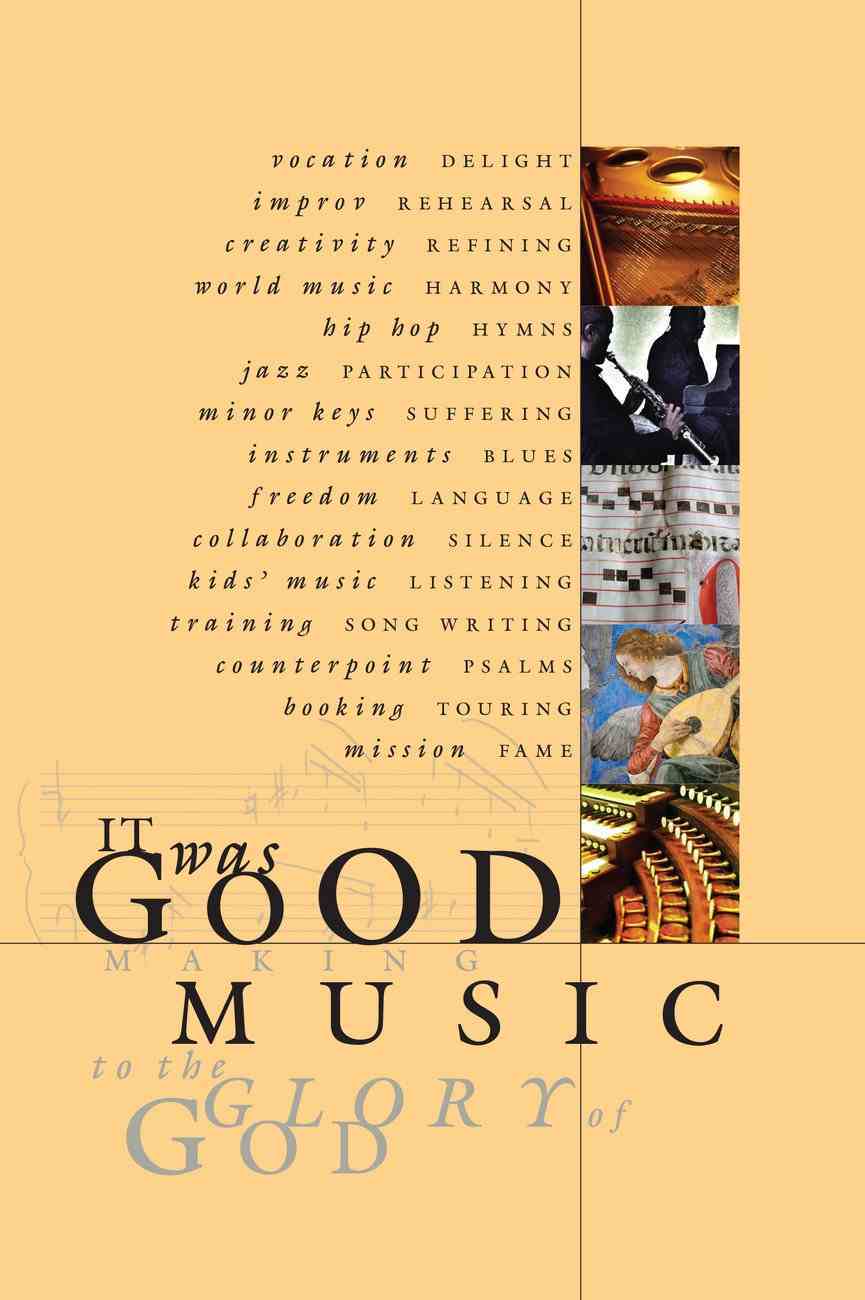 It Was Good: Making Music to the Glory of God

What does it mean to be a creative individual in the world of music who is a follower of the creative God? It Was Good: Making Music to the Glory of God strives to answer that question through a series ...

Making Peace With Your Past
H Norman Wright
Paperback

Wellness For the Glory of God
John Dunlop
Paperback

Meant For Good: The Adventure of Trusting God and His Plans For You
Megan Marshman
Paperback

What does it mean to be a creative individual in the world of music who is a follower of the creative God? It Was Good: Making Music to the Glory of God strives to answer that question through a series
of essays which offer theoretical and practical insights into music making from a Christian perspective.

William Edgar (Dr. Theol., Universite de Geneve) is professor of apologetics at Westminster Theological Seminary, as well as an ordained minister, a musicologist, and a jazz musician. His published works include The Face of Truth; In Spirit and In Truth: Ten Bible Studies on Worship; Taking Note of Music; Sur le rock; Bibliographie d'ouvrages apologtique; Reasons of the Heart: Recovering Christian Persuasion; La carte protestante: L'apologtique protestante de langue franaise de 1815 1848; If You Seek Me and Truth in All Its Glory: Commending the Reformed Faith.

Ned Bustard is an illustrator and graphic designer who grew up sailing on the Chesapeake Bay. He has written several books for Veritas Press including Legends & Leagues, The Sailing Saint, Ella Sings Jazz, Red Hood, and a retelling of The Emperor's New Clothes. He also contributed to and edited It Was Good: Making Art to the Glory of God - a book on faith and art by Square Halo Books.