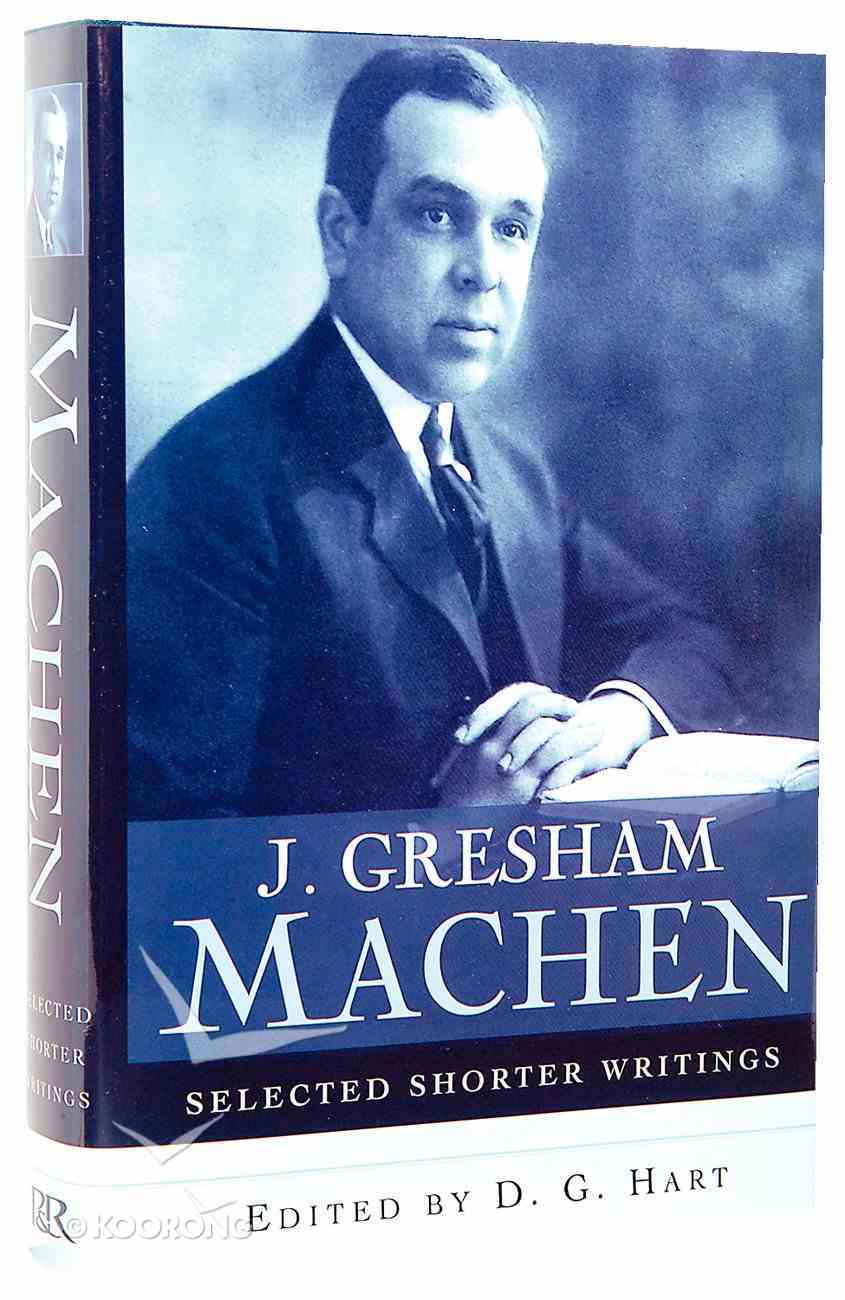 Forty-six of Machen's shorter writings, organized into ten categories. Selections made by Machen's biographer, who contributes an introduction, a bibliography, and "For Further Reading." "A long-overdue anthology. Hart has provided a great service to the church by editing these...

Forty-six of Machen's shorter writings, organized into ten categories. Selections made by Machen's biographer, who contributes an introduction, a bibliography, and "For Further Reading."

"A long-overdue anthology. Hart has provided a great service to the church by editing these biblical and confessional arguments for the church and its witness in the modern world." - John R. Muether (historian, Orthodox Presbyterian Church).

D.G. Hart, the editor of this superb volume, has collected 46 of Machen's shorter writings and organized them into 10 different categories. In amassing this selection of writings, Hart hopes to reveal the depth and complexity of Machen's thought. Although typically, Machen is viewed as a conservative defender of the Gospel and strong ally of Fundamentalism, the writings collected here cast doubts on such unnuanced and myopic caricatures. One section in the volume on Christianity and culture reveals Machen's progressive social thought, which does not follow what one might expect from a conservative Presbyterian minister. In a similar vein, another section contains writings which explore the relation of Machen to Fundamentalism. Interestingly, Machen's thought differs from Fundamentalism at several key points and he finds "Calvinist" a better description of his theological identity than the term "Fundamentalist." As a whole, this fine volume presents a compelling and at times surprising portrait of this Presbyterian stalwart, who continues to offer much wisdom to the church today.
-Publisher

Dr. Darryl G. Hart (Ph.D., Johns Hopkins University) is Director for Partnered Projects at the Intercollegiate Studies Institute in Wilmington, Delaware. Prior to this he taught church history and served as academic dean at Westminster Seminary California and directed the Institute for the Study of American Evangelicals and taught American history at Wheaton College.
He is the author of numerous books and articles, including John Williamson Nevin: High Church Calvinist; A Secular Faith: Why Christianity Favors the Separation of Church and State; Seeking a Better Country: Three Hundred Years of American Presbyterianism (co-author); Deconstructing Evangelicalism: Conservative Protestantism in the Era of Billy Graham; Recovering Mother Kirk: The Case for Liturgy in the Reformed Tradition and The Lost Soul of American Protestantism. -Editorial Review.