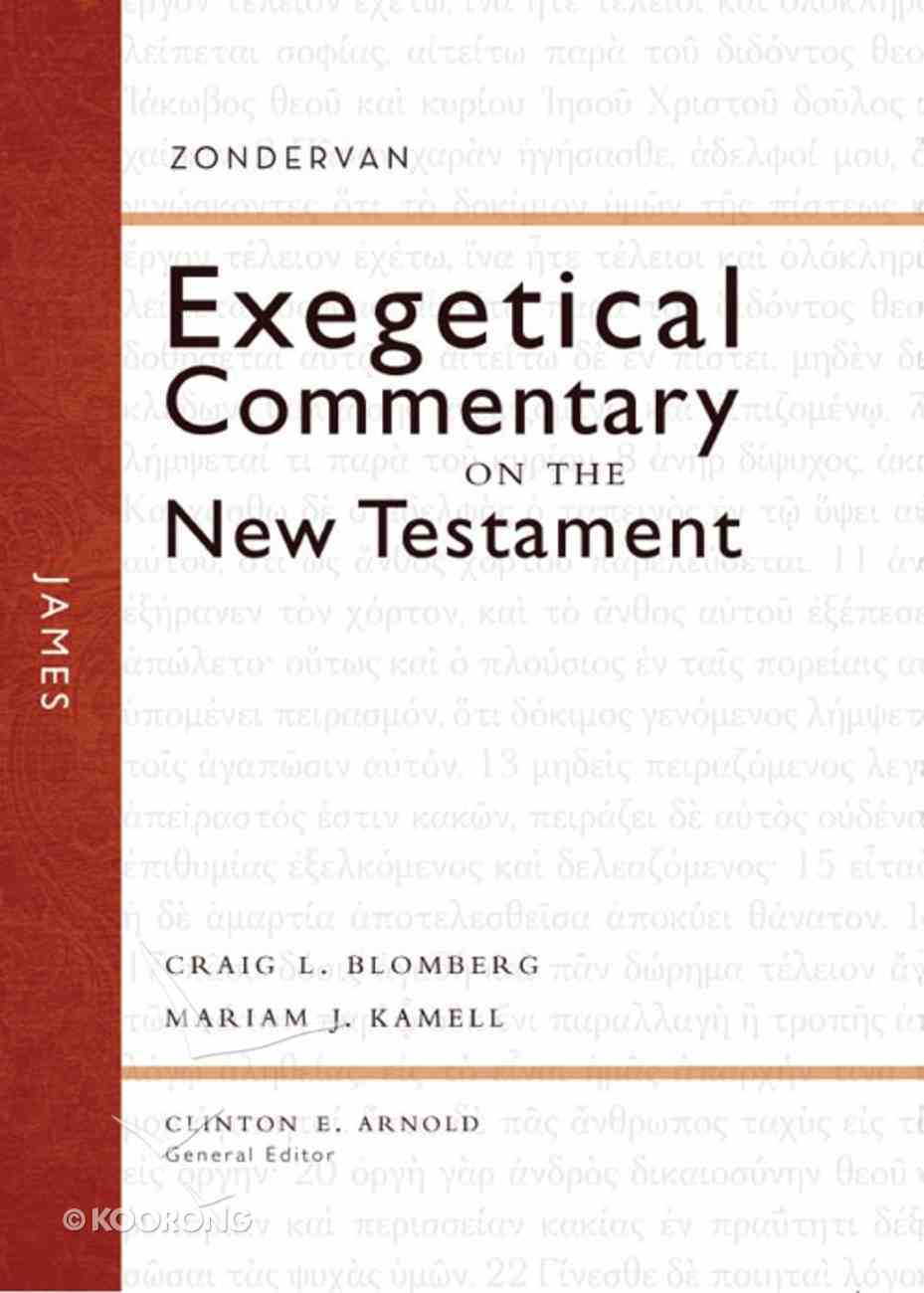 The aim of this series is to exegete each passage of Scripture succinctly in its grammatical and historical context. Each passage is interpreted in the light of its biblical setting, with a view to grammatical detail, literary context, flow of...


The volume on James is the inaugural volume by New Testament scholar Craig Blomberg and researcher on James Mariam J Kamell.
-Publisher.


Designed for the pastor and Bible teacher, the Zondervan Exegetical Commentary on the New Testament examines the biblical text in its originalenvironment. Notable evangelical scholars carefully attend to grammatical detail, literary context, rhetorical flow, theological nuance, and historical setting in their interpretation. Critical scholarship informs each step, but does not dominate the commentary, allowing readers to concentrate on the biblical author's message as it unfolds. While primarily designed for those witha basic knowledge of biblical Greek, all who strive to understand and teach the New Testament will find this series beneficial. The general editor for this enterprising series is Clinton E. Arnold The following focused sections help readers understandthe text:Literary Context: Explains how each passage functions within the bookMain Idea: Summarizes the central message of the passageTranslation in Graphic Layout: Presents a translation through a diagram that helps readers visualize the flow of thought within the textExegetical Outline: Gives the overall structure of the passageExplanation of the Text: Provides interpretive insights into the background and meaning of the textTheology in Application: Discusses how the message of the text fits within the book itself and in a broader biblical-theological context, suggesting applications for the church today
-Publisher

Mariam Kamell is a PhD candidate in New Testament studies at the University of St. Andrews under the direction of Richard Bauckham and Grant MacAskill. She has published several articles on James; her dissertation will focus on soteriology in James in comparison with earlier Jewish wisdom literature and the Gospel of Matthew. Before beginning her PhD, Mariam served as educational director at Scum of the Earth Church in Denver, Colorado. She is the co-author with Prof. Craig Blomberg of the inaugural volume on James (Zondervan Exegetical Commentary).