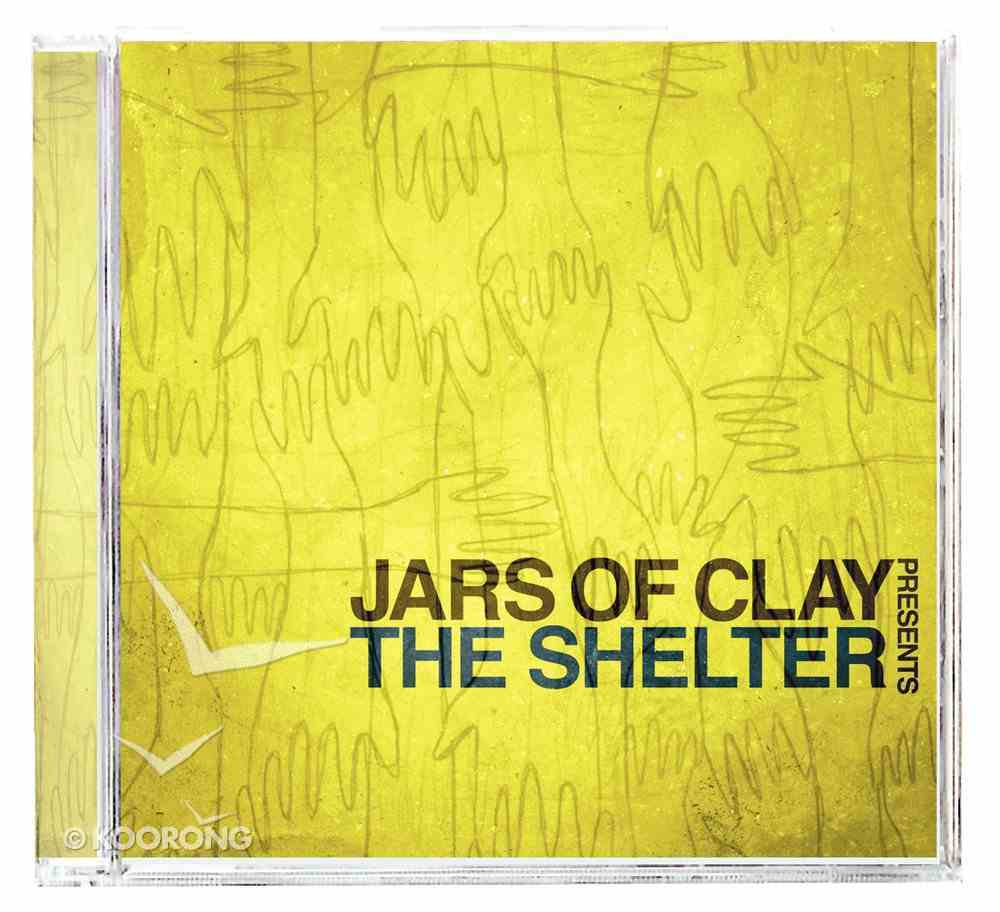 Jars of Clay Presents the Shelter

Ancient words, carried through a friend, can deliver impact and inspiration which you dare not dream. In the case of the men that make up Jars of Clay, it was an old Irish proverb, translated as "It is in the...

Ancient words, carried through a friend, can deliver impact and inspiration which you dare not dream. In the case of the men that make up Jars of Clay, it was an old Irish proverb, translated as "It is in the shelter of each other that the people live," that served as the genesis point for its newest project, titled Jars of Clay Presents The Shelter.

Recorded and produced by the band, Jars of Clay Presents The Shelter dwells on the idea of community, both physical and spiritual, and features a litany of both songwriting and vocal guests - including Mac Powell, Matt Maher, Brandon Heath, Laura Story, Thad Cockrell, Phillip LaRue and others - making contributions to this unique set of Jars of Clay songs.

"Jars of Clay, historically, has been this kind of compact creative environment; we're known for doing everything from the songwriting to the producing to the artwork," says guitarist Matt Odmark. "This was a push in a totally different direction. We brought people in on the songwriting side of things, and we knew in the beginning that we wanted as many voices as possible in the record.

Alongside the project's music reside very personal essays about the idea of community, gathered and curated by the members of Jars of Clay themselves. Friends of the band, including author David Dark, Blood:Water Mission executive director Jena Lee Nardella, Sara Groves, Nate Larkin, Anne Jackson, Jim Hancock, Padriag OTuama - have all contributed to Jars' personal views on community, giving the listener and reader another avenue through which to explore that concept.^

What emerges on Jars of Clay Presents The Shelter is more of Jars of Clay's signature sonics, informed by the season of its last project The Long Fall Back To Earth but echoing all the way back to its much-heralded self-titled debut, meshed with an heretofore underexplored inclusiveness of lyric that encourages the listener to join in on the song. In short, these songs are designed to be sung aloud, with others, within the parameters of that listener's own shelter.

For some, including the members of Jars of Clay, that will entail bringing them into the church environment proper, something that hadn't really been a purposeful part of the band's work before.

"One of the things we're excited about with this record is to offer, with humility, what we're excited about within the church," guitarist Stephen Mason says. "We're all big fans of the church, we attend church, so part of the passion we want to get to the people is that, hopefully, this is the language we can use to rejuvenate the way we speak about God in terms of each other.

"What has been, graciously, changing us is this idea that when we look around we see God in other people and in what they';re doing. We are the hands and feet," Mason continues. "We're trying to find new language to describe stuff that we're all probably in some regards cynical or bored about, because we want to believe there is life in those places."

That idea of being "hands and feet," actively working for the various communities it impacts, has long been a priority for Jars of Clay. It's a notion that extends into the charitable realm through its foundation Blood:Water Mission, which was the beneficiary of a day-long Jars-hosted radio-thon via K-LOVE and Air 1, an effort which raised more than $800,000 for the group's work.

About Jars of Clay:

Jars of Clay launched its breakout career with the multi-format hit 'Flood' in 1995. Since then, it's amassed more than six million in career sales (five Gold, two Platinum and one double Platinum certification), three GRAMMY Awards (from eight nominations), an American Music Award nod, six GMA Dove Awards nominations, 17 No. 1 radio hits, and numerous film credits and BMI honors for songwriting and performing. Its GRAMMY nominated tenth album, The Long Fall Back to Earth (April 21), debuted at No. 1 on SoundScan and on October 5, Jars of Clay will release the compelling and community minded project, Jars of Clay Presents The Shelter.

While celebrated for its music and writing, Jars of Clay is most concerned with the needs in Africa. Compelled to make a difference, members Dan Haseltine, Stephen Mason, Matt Odmark and Charlie Lowell founded the Blood:Water Mission in early 2002. The first effort of this non-profit was the '1000 Wells Project' with a goal of raising funds to build, rebuild and repair 1,000 wells in urban and rural areas of sub-Saharan Africa. This year Jars of Clay will celebrate the funding of the 1,000th well which will bring clean water to more than 150,000 people, www.bloodwatermission.com.

:Join Jars of Clay---and guests Brandon Heath, Mac Powell, tobyMac, Amy Grant, and Mike Donehey---as they celebrate community. Their intimate, personal songs include 'Small Rebellions,' 'Call My Name,' 'We Will Follow,' 'Eyes Wide Open,' 'Out of My Hands,' 'No Greater Love,' 'Run in the Night,' 'Lay It Down,' 'Love Will Find Us,' 'Benediction,' and the title track.
-Publisher 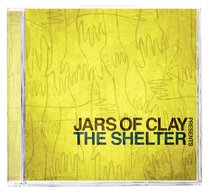 Jars of Clay is a Grammy Award winning Christian rock band from Franklin, Tennessee. They met at Greenville College in Greenville, Illinois.
Jars of Clay consists of Dan Haseltine on vocals, Charlie Lowell on piano and keyboards, Stephen Mason on lead guitars and Matthew Odmark on rhythm guitars. Although the band has no permanent drummer or bassist, Jeremy Lutito and Gabe Ruschival of Disappointed By Candy fill these roles for live concerts. Past tour band members include Aaron Sands, Scott Savage, and Joe Porter. Jars of Clay's style is a blend of alternative rock, folk, acoustic, and R and B.


The band's name is derived from the New International Version's translation of 2 Corinthians 4:7: But we have this treasure in jars of clay to show that this all-surpassing power is from God and not from us. This verse is paraphrased in their song "Four Seven," which appears on Frail and as a hidden track on the CD release of their self-titled album.

The Story's Not Over
Jeremy Camp
CD