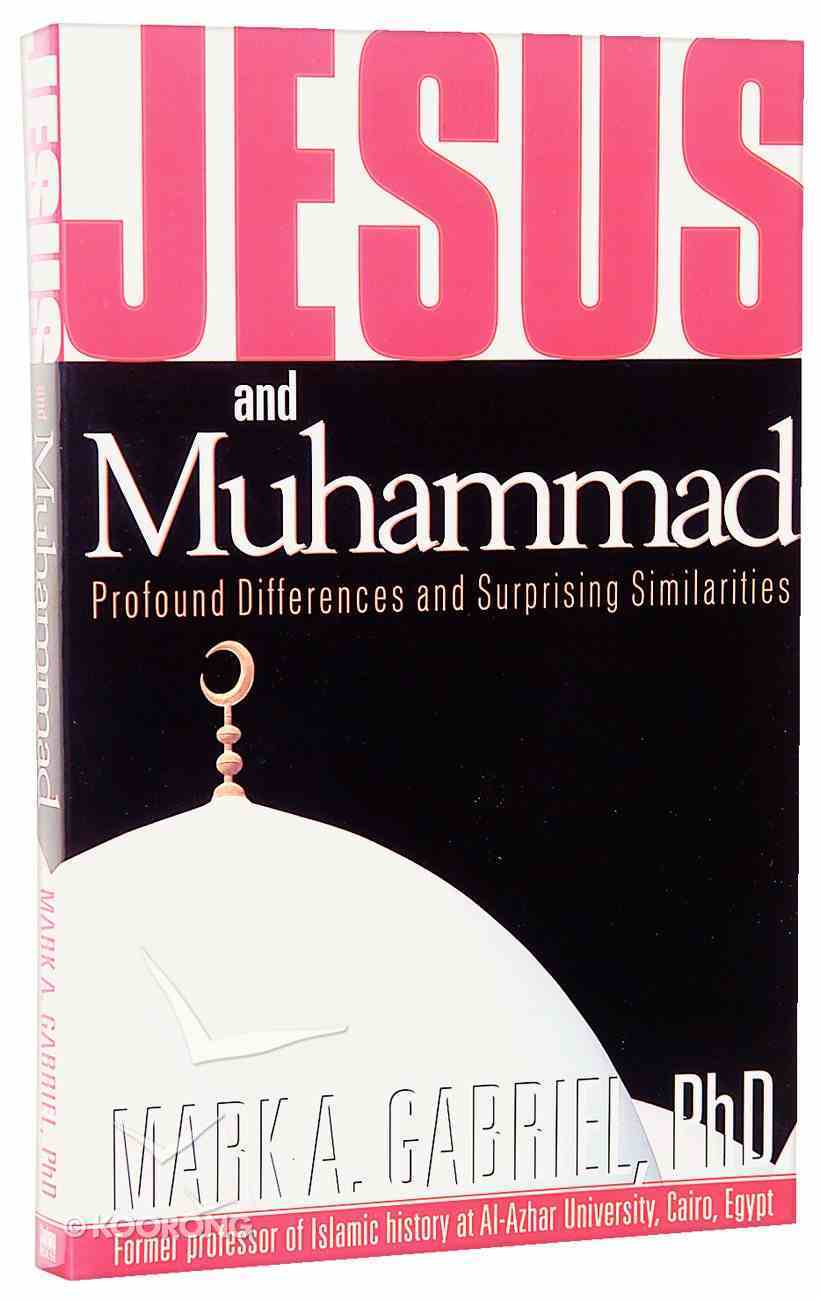 Most Christians have no real idea how Muhammad lived or what he taught his followers to do. This fascinating book presents a comparison between Jesus and Muhammad, and explores the impact of both men in history.

6 available
Expected to ship within 2 hours from Australia.
Learn More
Free Shipping
for orders over $99.

Most Christians have no real idea how Muhammad lived or what he taught his followers to do. This fascinating book presents a comparison between Jesus and Muhammad, and explores the impact of both men in history.

Finally, the truth...about Jesus and Muhammad This provocative book presents a factual analysis of the two most influential men of all time-Jesus, the founder of Christianity, with 2 billion adherents, and Muhammad, the founder of Islam, with 1.3 billion followers. Dr. Mark A. Gabriel allows you to walk side by side with Jesus and Muhammad from their births to their deaths. You will discover that both were prophesied over as children, endorsed by their cousins, rejected by their hometowns, and assisted by twelve disciples. With an understanding of their biographies, you are prepared to compare their teachings, including: * How they described themselves * How they responded to challenges from Jews * The healings and miracles they performed * Guidelines for acceptable prayer * When to fight an enemy * What they taught about women Dr. Gabriel's balanced historical comparison will shatter false images and give you new insight into the influence of Jesus and Muhammad in the world today.
-Publisher

This volume explores the surprising similarities and differences between two of the most important religious leaders of all time--Jesus and Muhammad. Born into a Muslim family in Egypt, Gabriel is a converted Christian and former professor of Islamic history at Al Azhar University in Cairo.
-Publisher

Most have no real idea how Muhammad lived and what he taught his followers to do. Readers will be amazed by the comparison between the actions of Muhammad's first followers and those of Jesus' disciples. Gabriel explores the surprising similarities and differences between the two most important religious leaders of all time.^Comparisons include:^ *Announcement of Birth^ *Tempted by Satan^ *Gathering of Followers^ *Cities Who Rejected Them^ *Forgiveness^ *Miracles^ *Character teachings about Marriage, Mercy, Women, and Children^ *Plan for Life after Death^This book presents a factual comparison between Jesus and Muhammad, and the impact of both men in history.^
-Publisher

Mark A. Gabriel, PhD, grew up as a devout Muslim and is a former professor of Islamic history at Al-Azhar University in Cairo, Egypt, the most prestigious Islamic university in the world. He was also a former pupil of the first World Trade Center bombing mastermind, Sheikh Omar Abdul Rahman. As a practicing Christian for more than a decade, he has earned a master's degree in world religions and a PhD in Christian education. He travels and lectures for a variety of groups all over the world.