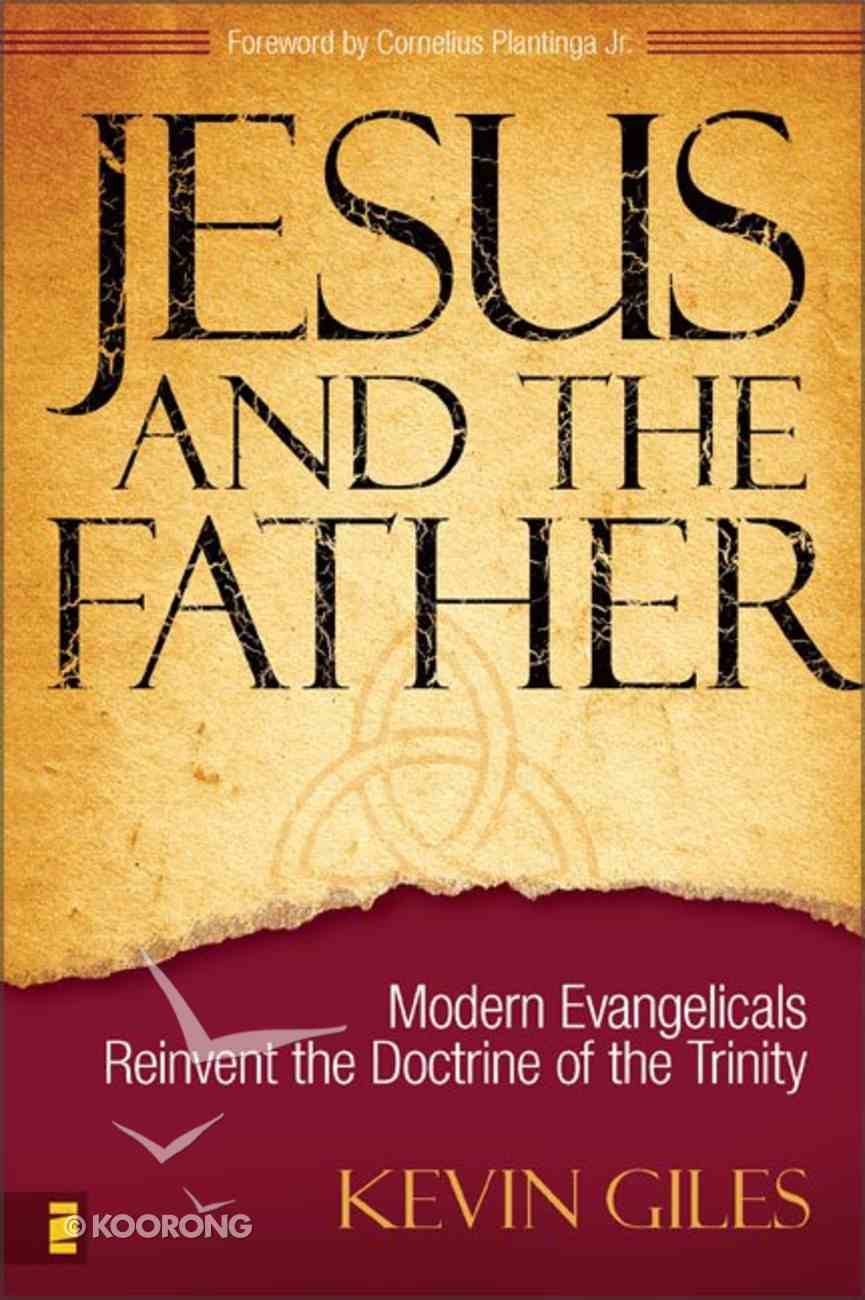 Jesus and the Father

This book is about the contemporary debate among evangelicals on the orthodox doctrine of the Trinity and the controversial issues surrounding the relationship between the divine Father and Son. It particularly challenges eternal economic subordination of Son to the Father...

1 available
Expected to ship within 14 hours from Australia.
Learn More
Free Shipping
for orders over $99.

Is God to Blame?
Gregory A Boyd
eBook

Their God is Too Small
Bruce A Ware
eBook

The Identity and Attributes of God
Terry L Johnson
Hardback

The God Who Gives: How the Trinity Shapes the Christian Story
Kelly Kapic, Justin Borger
Paperback

This book is about the contemporary debate among evangelicals on the orthodox doctrine of the Trinity and the controversial issues surrounding the relationship between the divine Father and Son. It particularly challenges eternal economic subordination of Son to the Father - a view espoused by many evangelicals - and explains what the historic distinctions between economic Trinity and immanent Trinity really imply. 320 pages, from Zondervan.
- Publisher.

The doctrine of the Trinity is one of the cornerstones of Christianity. In Jesus and the Father, Kevin Giles wrestles with questions about the Trinity that are dividing the evangelical community: What is the error called "subordinationism"? Is the Son eternally subordinated to the Father in function? Are the Father and the Son divided or undivided in power and authority? Is the Father-Son-Spirit relationship ordered hierarchical or horizontal? How should the Father and the Son be differentiated to avoid the errors of modalism and subordinationism? What is the relationship between the so-called economic Trinity and the immanent Trinity? Does the Father-Son relationship in the Trinity prescribe male-female relationships in the home and the church? "Kevin Giles points out serious problems in the teaching that the Son is eternally subordinated to the Father and argues effectively for the full eternal equality within the Trinity. This book should be read by all who wrestle with the complex
-Publisher

1. An Introduction To The Contemporary Debate On The Trinity 2. What The Bible Says About The Trinity And What It Does Not Say 3. The Rejection Of The Subordinationism In The Historic Tradition 4. The Rejection Of The Eternal Obedience Of The Son In Tradition 5. How Are The Divine Persons Differentiated 6. Should The Subordination Seen In The Incarnation Be Read Back Into The Eternal Or Immanent Trinity Conclusion: Where Do We Go From Here Appendix: Is God Male
-Publisher

Jesus and the Father Copyright 2006 by Kevin Giles Requests for information should be addressed to: Zondervan, Grand Rapids, Michigan 49530 Library of Congress Cataloging-in-Publication Data Giles, Kevin. Jesus and the father : modern evangelicals reinvent the doctrine of the Trinity / Kevin Giles - 1st ed. p. cm. Includes bibliographical references and index. ISBN-10: 0-310-2664-5 ISBN-13: 978-0-310-26664-8 1. Trinity - History of doctrines. 2. Evangelicalism. I. Title. BT111.3.G45 2006 231'.044 - dc22 2005034545 CIP The Scripture quotations contained herein are from the New Revised Standard Version of the Bible, copyright 1989 by the Division of Christian Education of the National Council of Churches of Christ in the United States of America, and are used by permission. All rights reserved. Scripture verses marked KJV are from the King James Version of the Bible. All rights reserved. No part of this publication may be reproduced, stored in a retrieval system, or transmitted in any form or by any means - electronic, mechanical, photocopy, recording, or any other - except for brief quotations in printed reviews, without the prior permission of the publisher. The website addresses recommended throughout this book are offered as a resource to you. These websites are not intended in any way to be or imply an endorsement on the part of Zondervan, nor do we vouch for their content for the life of this book. Interior design by Nancy Wilson Printed in the United States of America 06 07 08 09 10 11 12 13 - 18 17 16 15 14 13 12 11 10 9 8 7 6 5 4 3 2 1 We want to hear from you. Please send your comments about this book to us in care of zreview@zondervan.com. Thank you. 17 Chapter 1 Contemporary Evangelicals and the Doctrine of the Trinity In the past thirty years there has been an amazing resurgence of interest in the doctrine of the Trinity. Roman Catholics, mainline Protestants, and Eastern Orthodox theologians have published numerous studies and books on the Trinity, and they are continuing to appear. Evangelicals at first were not involved, but a change is under way, as this book and others written recently by evangelicals indicate.1 After a long period of neglect, this doctrine is now on center stage as it should be, because it is nothing less than our distinctive Christian doctrine of God. Most contemporary books on the Trinity have two foci. They look back to the historical sources to see how the doctrine was developed by the best of theologians across the centuries, and they look at the present to see how this fundamental doctrine can be best expressed building on all the work and thought that has gone before. Irenaeus, Tertullian, Athanasius, the Cappadocian Fathers, Augustine, Aquinas, and Calvin are the most commonly studied historical authorities. One of the most important developments in this doctrinal renaissance has been the recognition that there is much to learn from the early Greek-speaking theologians, particularly Athanasius 1 For example, Millard Erickson, God in Three Persons: A Contemporary Interpretation of the Trinity (Grand Rapids, Mich.: Baker, 1995); Roger E. Olson and Christopher A. Hall, The Trinity (Grand Rapids, Mich.: Eerdmans, 2002); Stanley J. Grenz, Rediscovering the Triune God: The Trinity in Contemporary Theology (Minneapolis: Fortress, 2004); Brian Edgar, The Message of the Trinity (Leicester, England: Inter-Varsity, 2004); Robert Letham, The Holy Trinity in Scripture, History, Theology, and Worship (Phillipsburg, N.J.: P&R, 2004). and the Cappadocian Fathers, who for centuries were somewhat forgotten by Roman Catholic and Protestant theologians. Right at the heart of their doctrine of the Trinity was the belief that God's triunity was to be under
-Publisher

Kevin Giles (Th.D., Australian College of Theology) is vicar of St. Michael's Church (Anglican) in North Carlton, Australia. He has also served as a minister and consulting theologian for World Vision Australia. Giles has contributed numerous articles to scholarly journals, and to IVP's Dictionary of Jesus and the Gospels and Dictionary of the Later New Testament and Its Development. He has written several books, including What on Earth Is the Church? (IVP), The Trinity and Subordinationism and Patterns of Ministry Among the First Christians (HarperCollins).