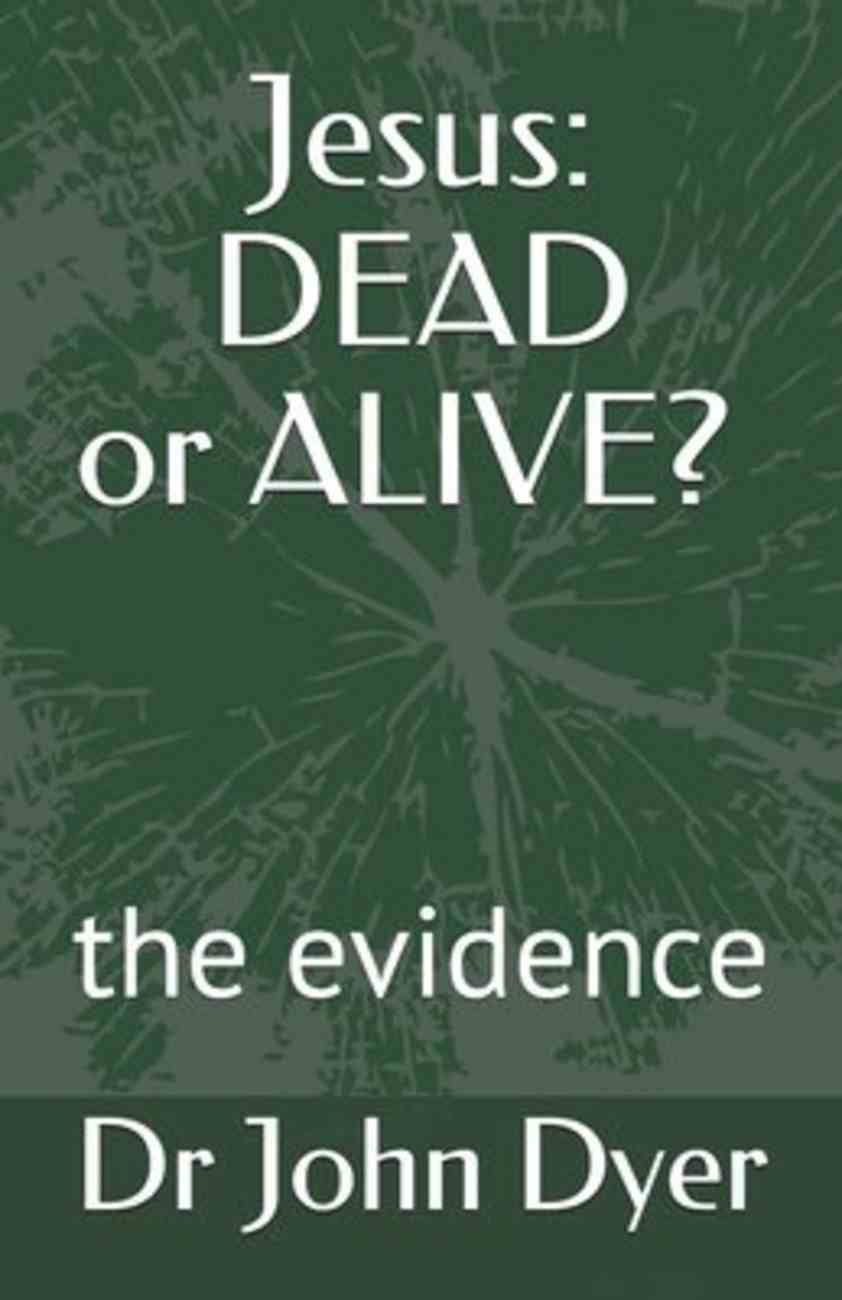 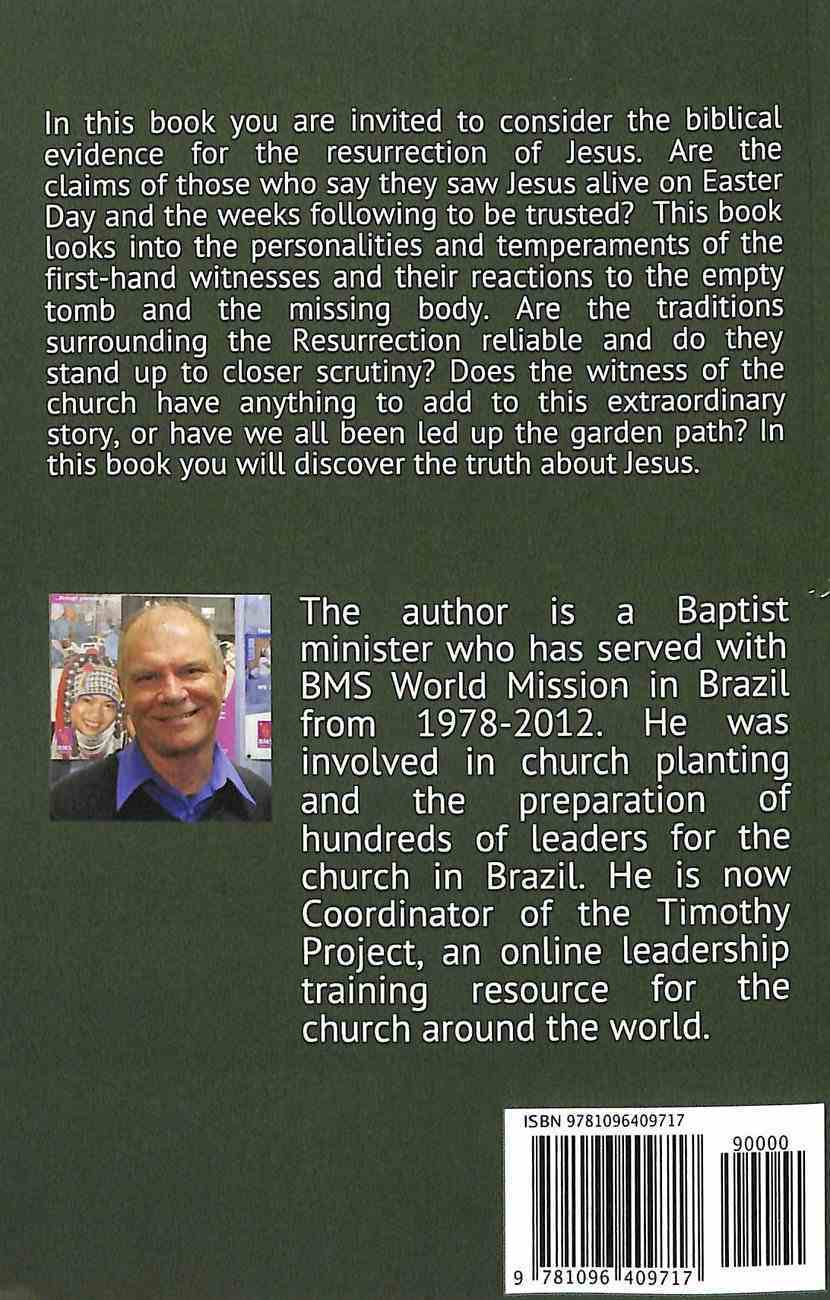 Jesus: Dead Or Alive?: The Evidence

In this book we consider the biblical evidence for the resurrection of Jesus. Can it withstand close scrutiny and evaluation?The experience of the disciples and the transformation in their lives and conduct give substantial credence to the veracity of the...

All the Evidence You Will Ever Need
Paul D Baba
eBook

Getting At Jesus: A Comprehensive Critique of Neo-Atheist Nonsense About the Jesus of History
Peter S Williams
Paperback

God's Not Dead: Evidence For God in An Age of Uncertainty
Rice Broocks
eBook

In this book we consider the biblical evidence for the resurrection of Jesus. Can it withstand close scrutiny and evaluation?The experience of the disciples and the transformation in their lives and conduct give substantial credence to the veracity of the resurrection. This book looks at the traditions preserved in the four Gospels, as well as the writings of the Apostle Paul, the most unlikely convert to Christianity. We compare the personalities of the first-hand witnesses in relation to their reaction to the news that the tomb was empty and the body of Jesus could not be found. Following the resurrection the disciples changed from fearful men to fearless preachers. This can only be justified in the light of the resurrection event. The continuing witness of the church is examined as further evidence that the stories surrounding the resurrection of Jesus are factual, historical and verifiable truths.

Now retired after long and distinguished service with BMS World Mission in Brazil, John has addressed himself to considering the evidence for the resurrection of Jesus. He is not, of course, the first to do so and the bibliography at the end of the book mentions others who have trod the same ground. The arguments are familiar: given that the event of Jesus rising from the dead was without human witness, the evidence can only be circumstantial and falls under three main headings - the disappearance of the body of Jesus, his reappearance to the apostles, and the appearance of the Church.

So why do we need another book on this subject? The merit of this book is that although it is written from a theologically conservative standpoint it is not afraid to take seriously the apparent discrepancies between the New Testament witnesses, attributing these to the different theological viewpoints of the Biblical writers. But this raises the question as to whom this book is for. It would be useful, I guess, for Christian believers to help counter the arguments of the not-yet believers with whom they are engaging. It could also be a book to place in the hands of those who have questions about the Christian faith.

But there may be a problem about this and a deeper issue at stake. The people of New Testament times were pre-modern in their outlook and did not think in the same way as we do. What the modern rational mind might consider to be contradictions or discrepancies between the various Gospel accounts would not at all be considered as such by pre-modern people in the first century. However, the kind of arguments found in books like this belong very much within the rationalistic (modern) worldview of the Enlightenment. (It is noteworthy that a majority of the works mentioned in the bibliography belong to the era of the 1950s and 60s). We may need, therefore, to be careful about applying modern rationality to the thinking of 1st century people.

Furthermore, the culture in which we live today is postmodern. Truth has become relative and a matter of personal choice. To argue people into faith has become problematic. As the author recognises, a personal encounter with the risen Christ, mediated through the testimony of the church down the ages, may prove more persuasive. In a postmodern era, therefore, the best approach may be to invite people to 'suck it and see' and try things out for themselves in the context of a community of other seekers, which is what the Alpha Course, among others, seeks to offer.

Despite such reservations, John has given us a robust defence of belief in the resurrection and can be commended for it. - Revd Dr Philip Clements-Jewery (retired Baptist minister living in Huddersfield and a contemporary of the author at Spurgeon's College).

John Dyer is a graduate of London and Oxford Universities. He trained for the Christian ministry at Spurgeons College, London, and is the coordinator of the Timothy Project www.timothy-project.org an online leadership training resource for churches around the world. He is married to Maria. They have one son, Joao Marcos, who was born in Brazil.