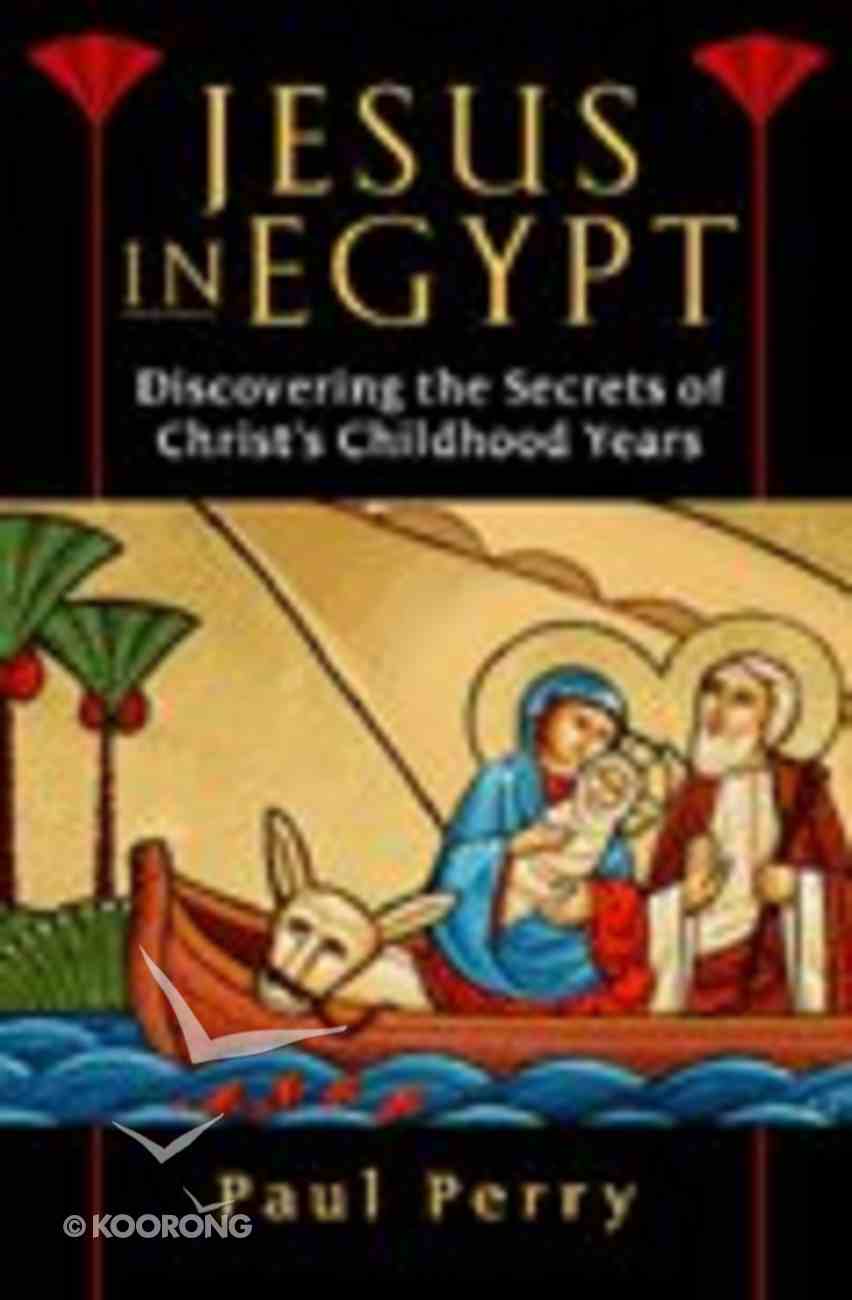 The Bible contains but a few verses about the years the Holy Family spent in Egypt-their flight from Herod's death sentence, the weary journey, their return to Israel after Herod died. But what exactly happened to Jesus and His parents...

The Bible contains but a few verses about the years the Holy Family spent in Egypt-their flight from Herod's death sentence, the weary journey, their return to Israel after Herod died. But what exactly happened to Jesus and His parents in this ancient land of magic and myth? How did the sojourn in Egypt change Jesus's life and influence His teachings? In search of answers, bestselling author Paul Perry set out to follow the Holy Family's mysterious journey himself. In this fascinating book, Perry tells the story of his own amazing trek into Egypt-and the deeper story of the miracles and marvels he uncovered along the way.
Poring over the narratives of the apocrypha, Perry was able to draw a rough map of the Holy Family's route through Egypt-from their entrance across the burning sands of the Sinai Desert to their zigzagging path down to the Nile. With devout guides and temperamental transportation, he ventured to find the places where Jesus had slept, suffered, performed miracles, and engaged in innocent acts of mischief. Near Bubastis, he came upon an enormous field of fallen idols that-legend says-the infant Jesus had toppled and broken. At Belbeis, Perry almost started a riot when he questioned an Egyptian girl about the site of a tree that Jesus and Mary had rested under. In Abu Hinnis, he found fourth-century paintings of Jesus coming to Egypt on the wall of a hermit cave. Near the spot where an angel was said to have appeared to Joseph, he photographed an apparition of light, a photo that has now been declared a "spiritual message from the Lord" by an Egyptian bishop.
Part travel adventure, part spiritual journey, part historical detective story, "Jesus in Egypt" recounts a modern-day pilgrimage into an ancient and often baffling land. In the basements of Coptic churches and the teeming back streets of Cairo, in shrines thronged by worshipers and desert wastes haunted by saints, Perry turned up shards of the past, tales passed down through countless generations, and ghostly emanations of antiquity.
This extraordinary book unfolds a chapter in the life of Jesus that has been shrouded in mystery and misunderstanding for two millennia. Combining ancient texts, interviews with clerics and Christian scholars, and his own startling encounters with contemporary Egypt, Paul Perry has fashioned a book of wonders and revelations.
-Publisher

Paul Perry attended Arizona State University and received a fellowship from the Freedom Forum Foundation at Columbia University in 1988. He taught magazine writing at the University of Oregon and was Executive Editor at American Health magazine. He is the co-author with Melvin Morse of Closer to the Light, Transformed by the Light, and Where God Lives, which won the 2002 Aleph Award for the best spiritual book published that year in France. His work has appeared in numerous publications including National Geographic Adventure, Ladies Home Journal, Rolling Stone, Men's Journal, and Reader's Digest.