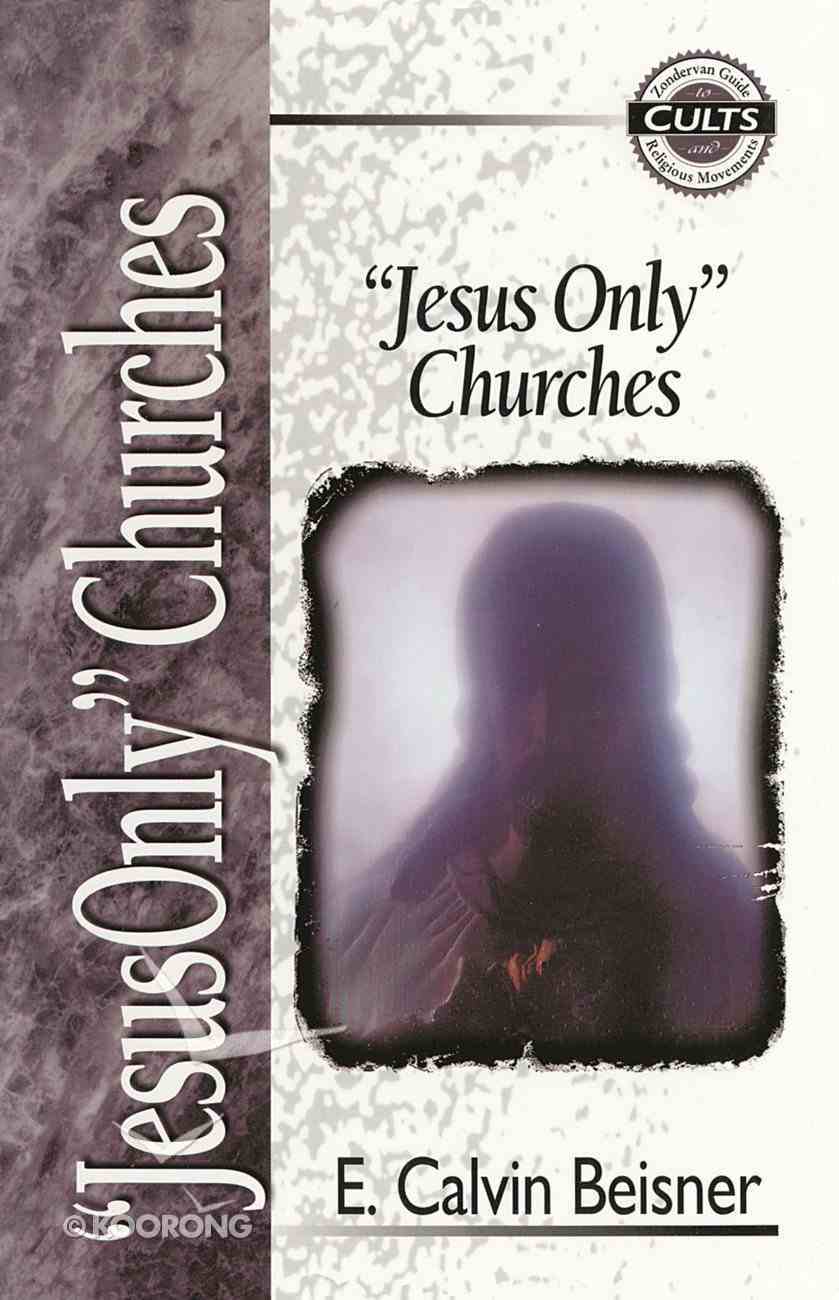 Unlike Jehovah's Witnesses, who deny the Trinity by demoting Jesus to a mere man, the "Jesus Only" churches deny the Trinity by claiming that there is only one God, and that Jesus is the Father and the Holy Spirit. "Jesus Only" churches not only require baptism for salvation, but also stipulate that it must be baptism in the name of the Lord Jesus Christ only, and not in the name of the Father, the son, and the Holy Spirit. Thus, these churches distort the gospel and the historic, orthodox understanding of Jesus. Why this series? This is an age when countless groups and movements, old and new, mark the religious landscape in our culture, leaving many people confused or uncertain in their search for spiritual truth and meaning. Because you may not have the time or opportunity to research these movements fully, these books provide essential and reliable information and insights for their spiritual journeys. The second wave of books in this series addresses a broad range of spiritual bel
-Publisher

Dedicated to Arthur John Calvin Beisner How to Use This Book The Zondervan Guide to Cults and Religious Movements comprises fifteen volumes, treating many of the most important groups and belief systems confronting the Christian church today. This series distills the most important facts about each and presents a well-reasoned, cogent Christian response. The authors in this series are highly qualified, well-respected professional Christian apologists with considerable expertise on their topics. We have designed the structure and layout to help you find the information you need as quickly as possible. All the volumes are written in outline form, which allows us to pack substantial content into a short book. With some exceptions, each book contains, first, an introduction to the cult, movement, or belief system. The introduction gives a brief history of the group, its organizational structure, and vital statistics such as membership. Second, the theology section is arranged by doctrinal topic, such as God, Christ, sin, and salvation. The movement's position is set forth objectively, primarily from its own official writings. The group's teachings are then refuted point by point, followed by an affirmative presentation of what the Bible says about the doctrine. The third section is a discussion of witnessing tips. While each witnessing encounter must be handled individually and sensitively, this section provides some helpful general guidelines, including both dos and don'ts. The fourth section contains annotated bibliographies, listing works by the groups themselves and books written by Christians in response. Fifth, each book has a parallel comparison chart, with direct quotations from the group's literature in the left column and the biblical refutation on the right. Some of the books conclude with a glossary. One potential problem with a detailed outline is that it is easy to lose one's place in the overall structure. Therefore, we have provided graphical 'signposts' at the top of the odd-numbered pages. Functioning like a 'you are here' map in a shopping mall, these graphics show your place in the outline, including the sections that come before and after your current position. (Those familiar with modern computer software will note immediately the resemblance to a 'drop-down' menu bar, where the second-level choices vary depending on the currently selected main menu item.) In the theology section we have also used 'icons' in the margins to make clear at a glance whether the material is being presented from the group's viewpoint or the Christian viewpoint. For example, in the Mormonism volume the sections presenting the Mormon position are indicated with a picture resembling the angel Moroni in the margin; the biblical view is shown by a drawing of the Bible. We hope you will find these books useful as you seek 'to give an answer to everyone who asks you to give the reason for the hope that you have' (1 Peter 3:15). --- Alan W. Gomes, Ph.D. Series Editor Part I: Introduction I. Historical BackgroundI. Historical Background A. Oneness ('Jesus Only') Pentecostals: Offshoot from Early Pentecostalism 1. Oneness Pentecostalism's roots are in the North American Pentecostal movement of the early 1900s. It emerged from the Assemblies of God (AG) in 1914. 2. From 1913 to 1916, several Pentecostal leaders, including R. E. McAlister, Frank J. Ewart, Glenn A. Cook, and Garfield T. Haywood, began teaching that the baptismal formula must be 'in the name of the Lord Jesus Christ,' not 'in the name of the Father, and of the Son, and of the Holy Spirit.' 3. Prompted by J. Roswell Flower's opposition to Oneness theology and baptismal formula, the AG, in its Third General Council (1915), opposed Oneness teaching. 4. In its Fourth General Council (1916), the AG adopted a 'Statement of Fundamental Truths' that forcefully maintained the Trinity, effectively banning 156 of the AG's 585 ministers. 5. Since then, Oneness Pentecostalism has been distinguished by its Christology (doctrine of Christ), theology (doctrine of God), and soteriology (doctrine of salvation). B. The Rise of Oneness Organizations 1. On January 3, 1916, several Oneness ministers barred by the AG's 'Statement of Fundamental Truths,' including Howard A. Goss, H. G. Rodgers, and D. C. O. Opperman, formed the General Assembly of Apostolic Assemblies (GAAA). 2. GAAA merged in January 1918 with the Pentecostal Assemblies of the World (PAW), a loose-knit and largely black fellowship begun in Los Angeles in 1906, adopting PAW's name and charter. 3. Racial tensions in the early 1920s led to schisms. Two offshoots, which involved the majority of white pastors, formed: a. Emmanuel's Church in Jesus Christ (ECJC), based in Oklahoma, Texas, and Louisiana, and a loose-knit group from the St. Louis area, which merged in 1927 to form the Apostolic Church of Jesus Christ (ACJC); b. the Pentecostal Ministerial Alliance (PMA), which formed in Jackson, Tennessee, in 1925 and adopted the new name Pentecostal Church, Incorporated (PCI), in 1932.