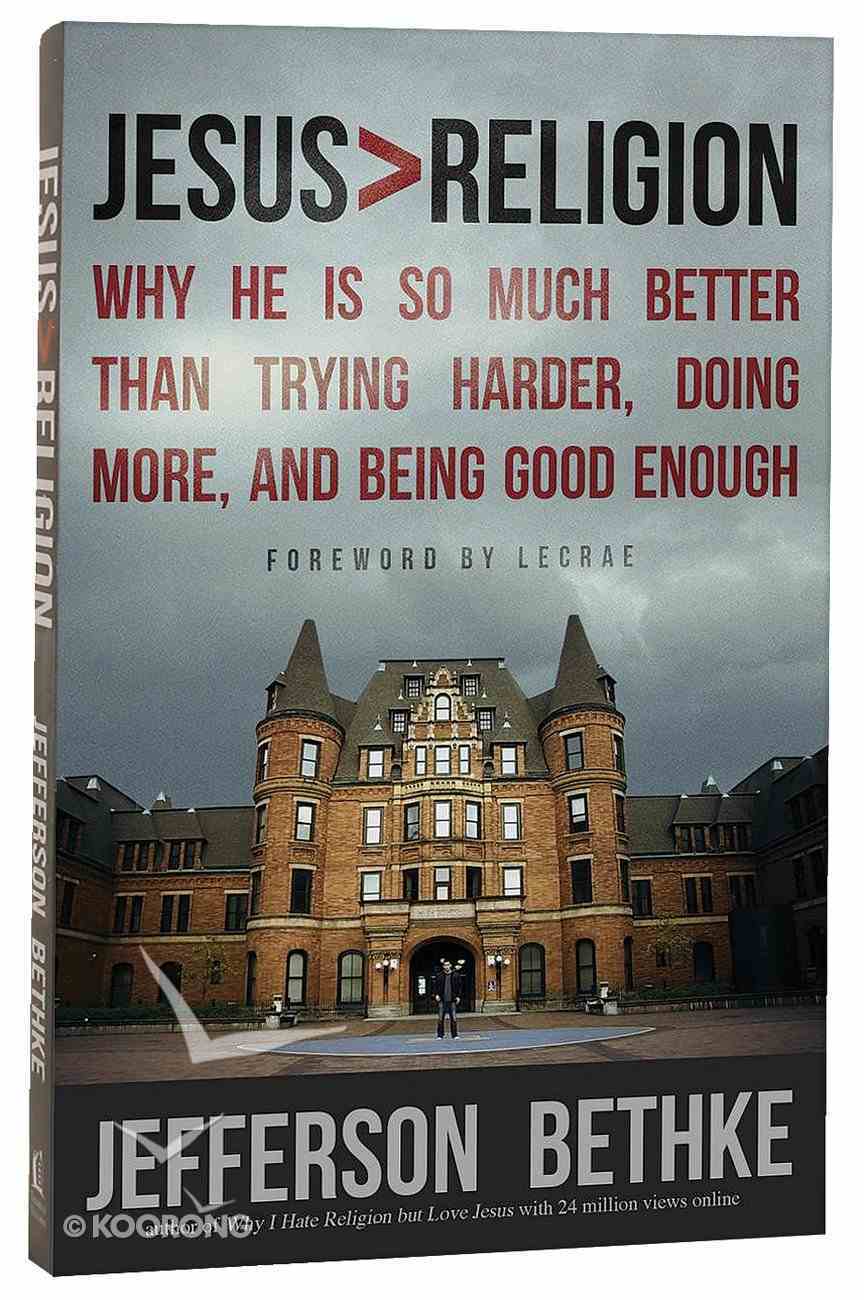 In 2012, twenty-something Jefferson Bethke became an internet sensation when his 4-minute video 'Why I Hate Religion, But Love Jesus' went viral on YouTube, with 7 million hits in its first 48 hours. This is Bethke's candid account of the...

In 2012, twenty-something Jefferson Bethke became an internet sensation when his 4-minute video 'Why I Hate Religion, But Love Jesus' went viral on YouTube, with 7 million hits in its first 48 hours. This is Bethke's candid account of the motivation behind his grace-filled message.


JeffersonBethke burst into the cultural conversation in 2012 with a passionate,provocative poem titled "Why I Hate Religion, But Love Jesus." The 4-minutevideo literally became an overnight sensation, with 7 million YouTube views inits first 48 hours (and 23+ million in a year). The message blew up onsocial-media, triggering an avalanche of responses running the gamut from encouragedto enraged.


In Jesus > Religion, Bethke unpacks similarcontrasts that he drew in the poem-highlighting the difference between teethgritting and grace, law and love, performance and peace, despair and hope. Withrefreshing candor he delves into the motivation behind his message, beginning withthe unvarnished tale of his own plunge from the pinnacle of a works-based,fake-smile existence that sapped his strength and led him down a path ofdestructive behavior.

Bethke is quick to acknowledge that he's not apastor or theologian, but simply a regular, twenty-something who cried out fora life greater than the one for which he had settled. Along his journey, Bethkediscovered the real Jesus, whobeckoned him beyond the props of false religion.
-Publisher

Jefferson Bethke has a compelling story of overcoming a painful childhood of poverty and a broken home, and this gives him a unique perspective on the grace of God and the work of Jesus in his life and the lives of others. It s this perspective that has catapulted him into the national conversation regarding religion and spirituality, allowing his message to connect at a heart level with an audience ranging from atheists to nationally recognized religious leaders. C

Do It Afraid: Embracing Courage in the Face of Fear
Joyce Meyer
Paperback