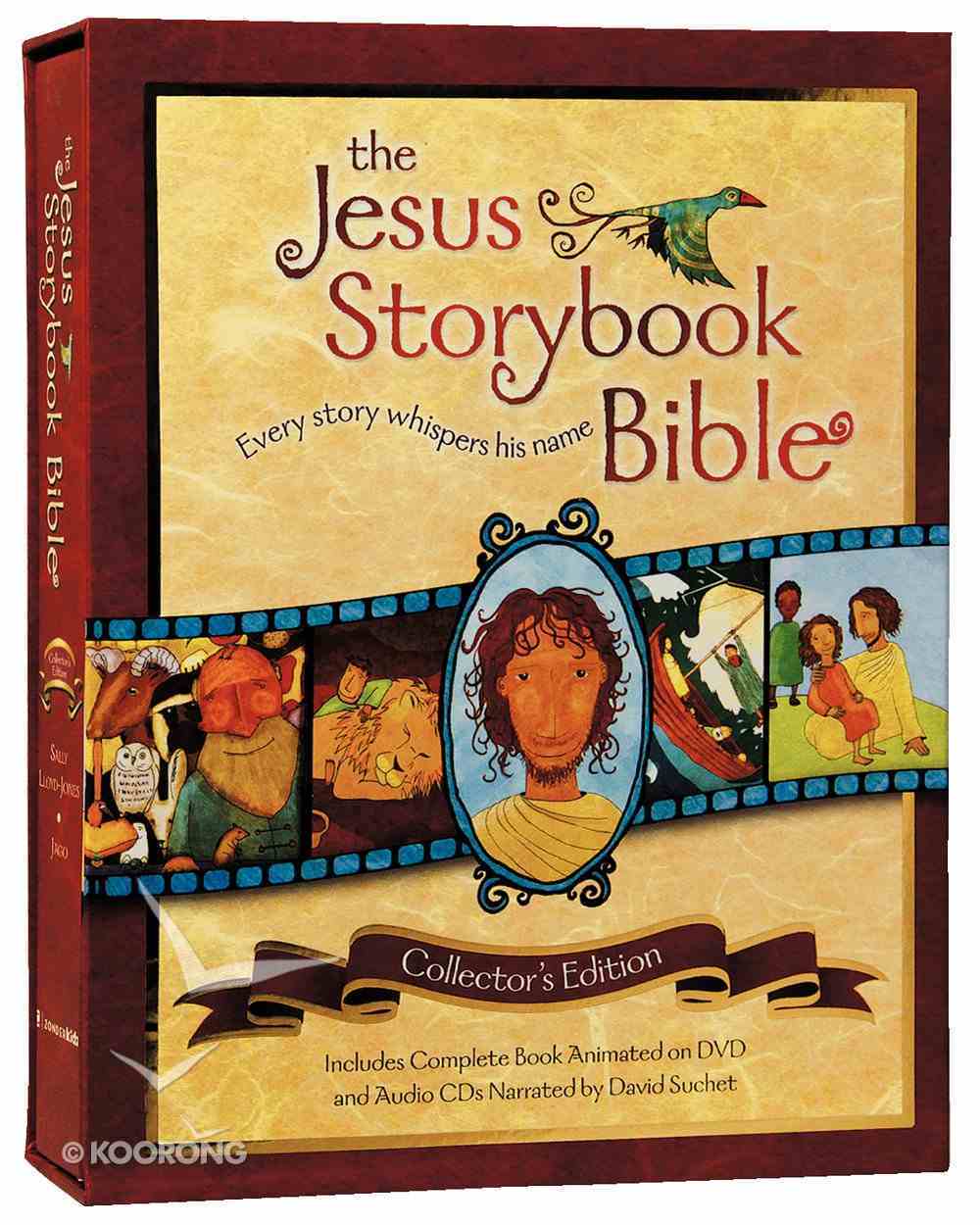 The Jesus Storybook Bible shows children that Jesus is at the centre of God's great story of salvation, and at the centre of their story too! This deluxe edition of Sally Lloyd-Jones' bestseller comes in a slipcase with the...

1 available
Expected to ship within 7 hours from Australia.
Learn More
Free Shipping
for orders over $99.

This deluxe edition of Sally Lloyd-Jones' bestseller comes in a slipcase with the complete book read by David Suchet on both audio CD and animated DVD. Ages 4-8.

"I would urge not just families with young children to get this book, but every Christian - from pew warmers, to ministry leaders, seminarians and even theologians! Sally Lloyd-Jones has captured the heart of what it means to find Christ in all the scriptures, and has made clear even to little children that all God's revelation has been about Jesus from the beginning - a truth not all that commonly recognized even among the very learned." - Dr Timothy Keller.

"The Jesus Storybook Bible is as theological as it is charming..."- Christianity Today.

Every story whispers His name The multiple award-winning Jesus Storybook Bible now comes alive with audio and animation This beautifully crafted collector's edition invites children to discover---through vibrant illustrations, read-along CDs, and the entire book animated on DVD---that Jesus is at the center of God's great story of salvation ... and at the center of their story, too. Sally Lloyd-Jones is a New York Times bestselling children's author. She has written many picture books as well as inspirational books, including three children's Bibles. A native of England, Sally currently lives in New York City. Jago is an internationally published, award-winning illustrator. He lives in Cornwall, England, with his family. David Suchet is one of Great Britain's most distinguished actors, best known for playing Agatha Christie's super-sleuth, Hercule Poirot. David has won numerous awards and continues to garner acclaim for his stage, television, and film work. Join the conversation on FB and Twitter (icons) or visit www.jesusstorybookbible.com.
-Publisher