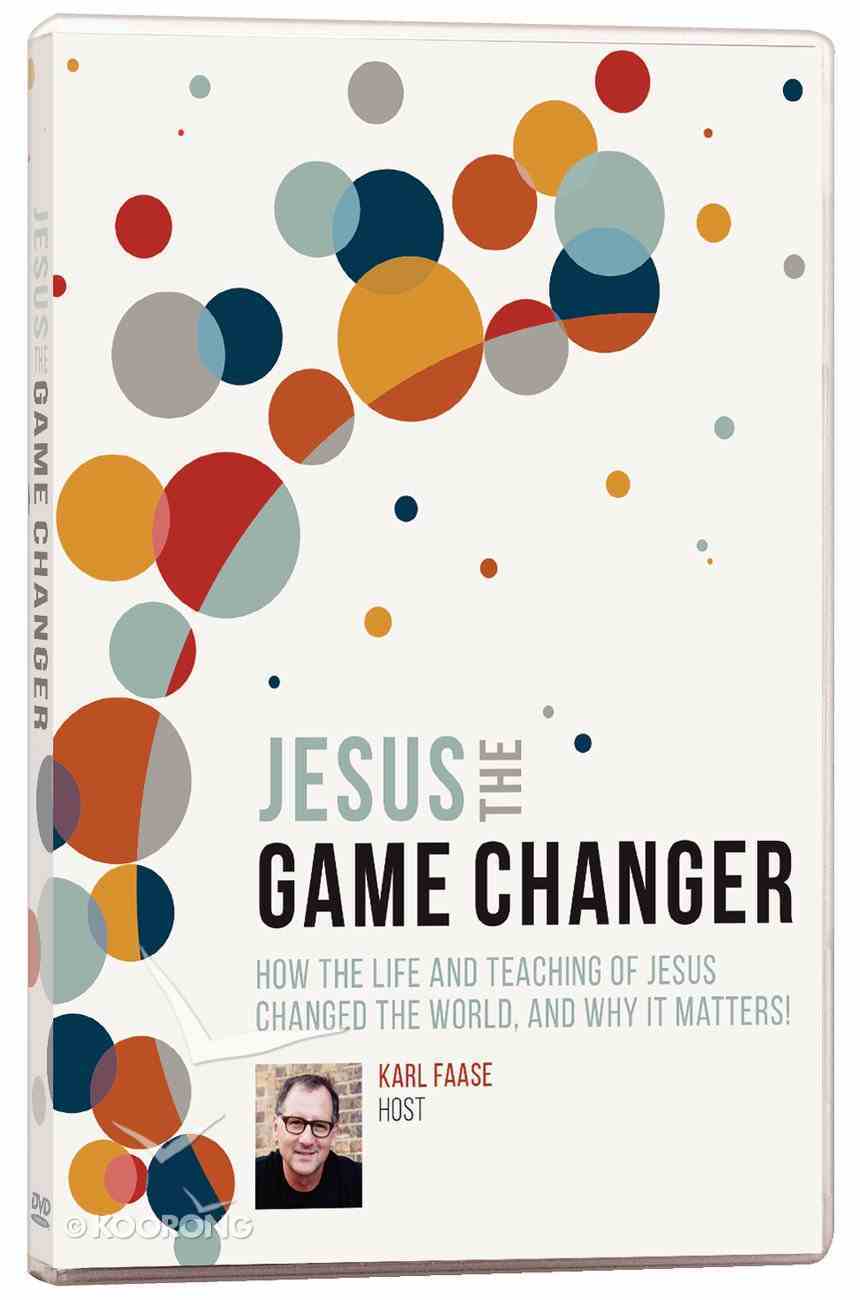 This two DVD set brings together 30 of today's leading authors, academics, broadcasters, and evangelists to explore the many ways in which Jesus changed the world - and why it matters. Topics covered include the value of all people, role...

20 available
Expected to ship on Monday from Australia.
Learn More
Free Shipping
for orders over $99.

Jesus the Game Changer (Book Of The Series, The)
Karl Faase
Paperback

This two DVD set brings together 30 of today's leading authors, academics, broadcasters, and evangelists to explore the many ways in which Jesus changed the world - and why it matters. Topics covered include the value of all people, role of women, democracy and care for the poor. Interviewees include Eric Metaxas, John Ortberg, Rico Tice, Rodney Stark, Miroslav Volf, and Christine Caine.

How the life and teaching of Jesus changed the world, and why it matters!
-Publisher

Rico Tice is Senior Minister (Evangelism) at All Souls Church, Langham Place in London. Born in Chile before being educated in England, Rico spent a year working at a church in inner city Liverpool and then studied history at Bristol University (where he was captain of the rugby team). He went on to graduate from theological college at Wycliffe Hall, Oxford. As a passionate evangelist, he has spent recent years developing Christianity Explored which he co-wrote with Barry Cooper. Rico has led the Oxford University 'OICCU' Mission, and he is a National Director of Christians in Sport. He is a regular speaker at missions and evangelistic events around the world. Rico's hobbies are rugby, golf, and films.

Karl Faase is a well-known Australian Christian communicator and media presenter. He is the CEO of Olive Tree Media and host of their internationally acclaimed series' Jesus the Game Changer and Towards Belief which have a global influence. Karl speaks regularly across Australia and is a board member of several national ministries. He is married to Jane, has three adult children and five grandchildren.

Miroslav Volf (Dr. Theol., University of Tubingen) is the Director of the Yale Center for Faith and Culture and the Henry B. Wright Professor of Systematic Theology. Professor Volf's recent books include Free of Charge: Giving and Forgiving in a Culture Stripped of Grace (2006), Archbishop of Canterbury Lenten book for 2006; Exclusion and Embrace: A Theological Exploration of Identity, Otherness, and Reconciliation (1996), a winner of the 2002 Grawemeyer Award; After Our Likeness: The Church as the Image of the Trinity (1998), winner of the Christianity Today book award, and The End Of Memory: Remembering Rightly in a Violent World.
A member of the Episcopal Church in the U.S.A. and the Evangelical Church in Croatia, Professor Volf was involved in international ecumenical dialogues (for instance, with the Vatican Council for Promotion of Christian Unity) and interfaith dialogues (most recently in Christian-Muslim dialogue). A native of Croatia, he regularly teaches and lectures in Central and Eastern Europe.
Koorong -Editorial Review.

Person of Interest: Why Jesus Still Matters in a World That Rejects the Bible (Investigator's Guide)
J Warner Wallace
Paperback