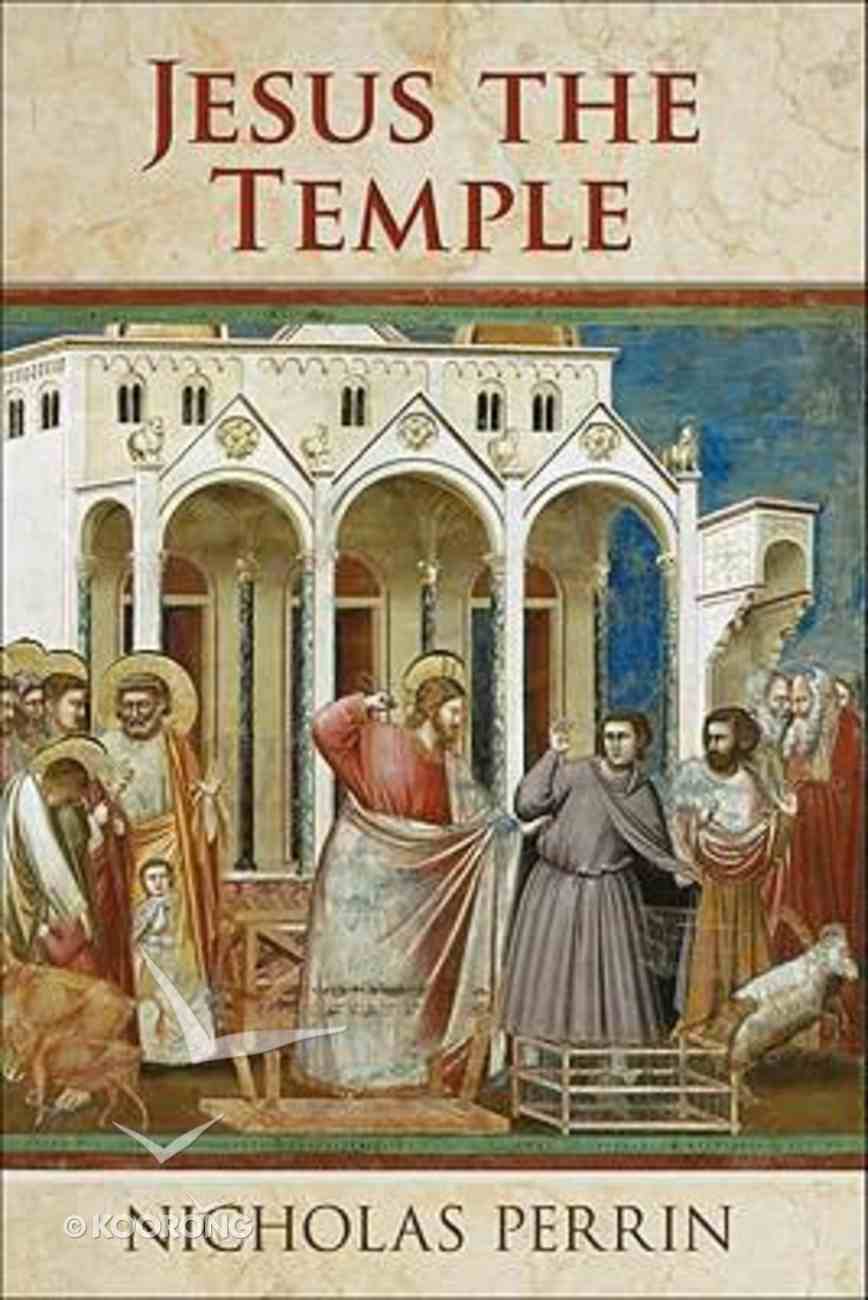 "Nicholas Perrin's latest book takes a fresh look at the concept of Jesus as temple. To do this, he reviews Jesus' relationship to the Jerusalem temple; the early Christian community's idea that Jesus is the new temple, of which his...

The Temple and the Tabernacle: A Study of God's Dwelling Places From Genesis to Revelation
J Daniel Hays
eBook

The Last Adam: A Theology of the Obedient Life of Jesus in the Gosples
Brandon D Crowe
Paperback

"Nicholas Perrin's latest book takes a fresh look at the concept of Jesus as temple. To do this, he reviews Jesus' relationship to the Jerusalem temple; the early Christian community's idea that Jesus is the new temple, of which his followers are a part; and how this idea may well be rooted in the teaching of Jesus himself. There is little in the book that is conventional, and readers will be surprised again and again by Perrin's creative insights and control of both primary and secondary literatures. This is a significant advance in an important area of study."-- Craig A. Evans, Payzant Distinguished Professor of New Testament, Acadia Divinity College "New paradigms for understanding the historical Jesus are somewhat rare; proposals that are novel without being outlandish are rarer still. In this volume, Nicholas Perrin provides us with just such a marvel: a fresh understanding that is so carefully reasoned as to command the attention of a guild no longer accustomed to considering much that has not been proposed and debated many times before. Anyone interested in the historical investigation of Jesus and early Christianity will want to engage with Perrin's work and consider what the image of Jesus the temple could mean for both ancient and modern expressions of faith."-- Mark Allan Powell, professor of New Testament, Trinity Lutheran Seminary "Interpreters since the dawn of Christianity have noted the importance of the temple to Jesus' life, work, and movement. The last century, however--with its archaeological discoveries and renewed interest in early Judaism--has brought the matter even more to the forefront. To read Jesus the Temple is to see the gospel's drama in a new light, and as if for the first time. Notions such as worship, sacrifice, kingdom, and liturgy take on an entirely different cast when Jesus is seen in the shadow of the temple and in the light of the temple. This is a valuable contribution to New Testament scholarship."-- Scott Hahn, Pope Benedict XVI Professor of Biblical Theology, St Vincent Seminary " Jesus the Temple is difficult to put down due to its bold claims and engaging style. Here Nick Perrin offers a cogent argument for understanding Jesus' mission in terms of a counter-temple movement. He advances his thesis with historical sensitivity and acumen, providing a significant contribution to historical Jesus studies. This is also one of the few scholarly books in my memory that can turn a phrase with literary allusions ranging from Albert Schweitzer to Bob Dylan. Delightful reading and worthy of careful appraisal."-- Jeannine K. Brown, professor of New Testament, Bethel Seminary
-Publisher

This volume offers a fresh approach to the question, "Who was Jesus?" Integrating the findings of contemporary Jesus scholarship, Nicholas Perrin explains how Jesus saw himself and his movement as a reconstitution of the temple. By viewing Jesus as temple, Perrin reveals an enriched understanding of Jesus's self-knowledge, ministry, teachings, death, and resurrection and closes the gap between the historical Jesus and the proclamation of the early church.
-Publisher

Nicholas Perrin (Ph.D., Marquette University) former research assistant to N.T. Wright, is associate professor of New Testament at Wheaton College Graduate School, Illinois. He is the author of numerous books and articles, including Thomas and Tatian: The Relationship between the Diatessaron; Questioning Q (with Mark Goodacre); Thomas: The Other Gospel; Lost in Transmission?: What We Can Know about the Words of Jesus and Jesus the Temple
Koorong -Editorial Review.