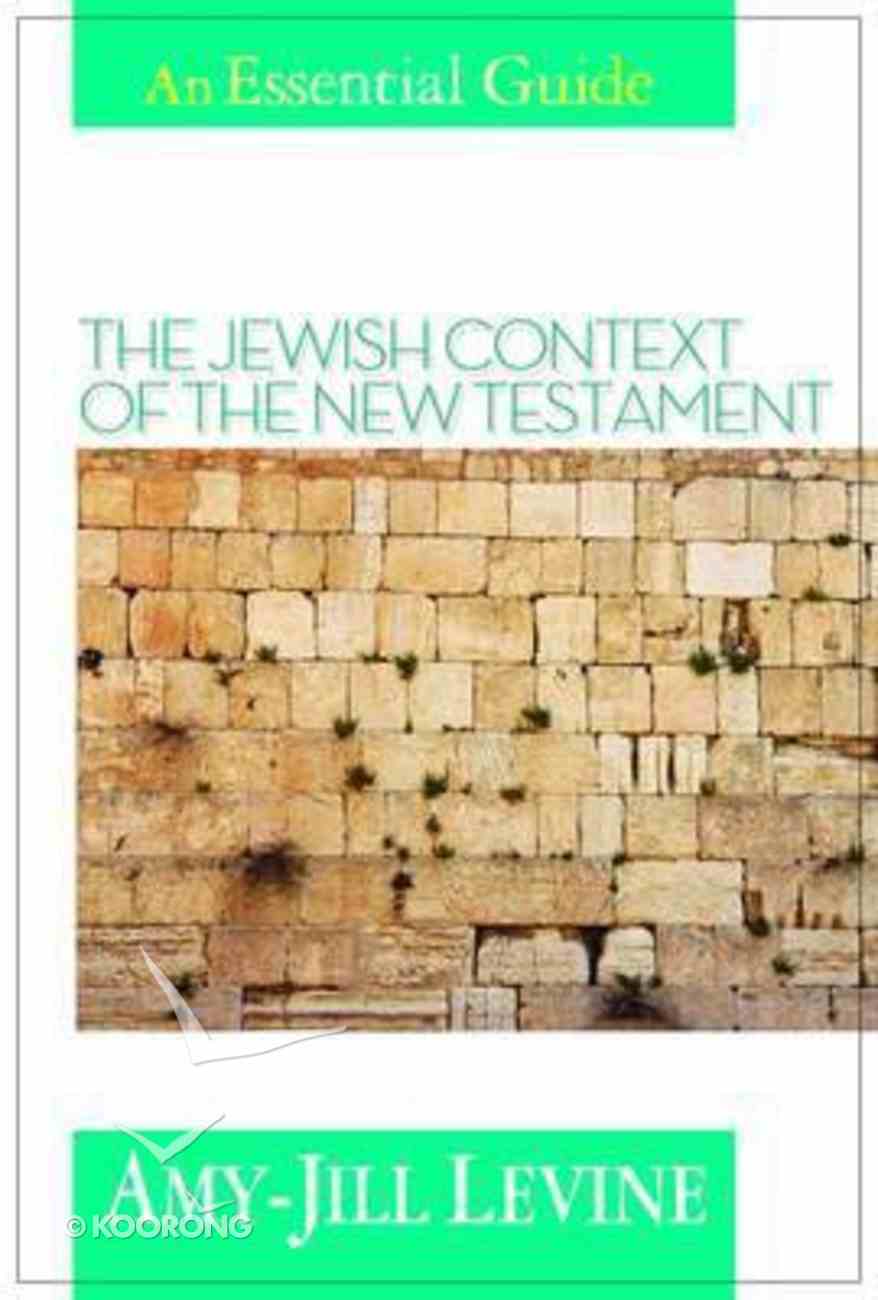 Jewish Context of the New Testament

An indispensable introduction to early Judaism, its texts, culture, practices, sectarian differences, social structure, and daily life as they relate to the study of the New Testament. ^^Jesus was Jewish, and he spoke to a Jewish audience in the...

Barna Trends 2018: What's New and What's Next At the Intersection of Faith and Culture
Barna Group
Paperback

What Does the Bible Say About... (Ultimate A To Z Resource Series)
Nelson
Paperback

The Complete Book of Who's Who in the Bible
Philip W Comfort, Walter Elwell
Paperback

An indispensable introduction to early Judaism, its texts, culture, practices, sectarian differences, social structure, and daily life as they relate to the study of the New Testament.
^^Jesus was Jewish, and he spoke to a Jewish audience in the Gospels. The writers of the New Testament were Jewish, and they lived and thought in a Jewish milieu that involved their long history, social structure, culture, and religious practice. The Bible of Jesus, the New Testament writers, and the first Christians was the Hebrew Biblethe Christian Old Testament. We hear Jewish prayers and read about Jesus and Paul preaching in the synagogue, quoting the Hebrew Scripture. The major figures that we read about in the New Testament and other contemporary writings belong to this traditionthe priests, Pharisees, Sadducees, Essenes, Zealots, and Herodians. And the origins of Christianity are intimately tied to the fate of the Jews in Palestine during the first century, through, especially, the destruction of the second temple in 70 C.E. Hence, the New Testament and the origins of Christianity cannot be fully understood without understanding this Jewish Background.


^^ ^^The purpose of the Abingdon Essential Guides is to fulfill the need for brief, substantive, yet highly accessible introductions to the core disciples in biblical, theological, and religious studies. Drawing on the best in current scholarship, written with the need of students foremost in mind, addressed to learners in a number of contexts, Essential Guides will be the first choice of those who wish to acquaint themselves or their students with the broad scope of issues, perspectives, and subject matters within biblical and religious studies.
-Publisher.


This book explores the roots of the New Testament faith in the Jewish scriptures and its interpretative traditions.
-Publisher

An indispensable introduction of early Judaism as it relates to the study of the New Testament.
-Publisher

Amy-Jill Levine (Ph.D., Duke University, D.Min., University of Richmond) is E. Rhodes and Leona B. Carpenter Professor of New Testament Studies at Vanderbilt University Divinity School, Department of Religious Studies, and Graduate Department of Religion. Levine has been awarded grants from the Mellon Foundation, the National Endowment for the Humanities, and the American Council of Learned Societies. She has held office in the Society of Biblical Literature, the Catholic Biblical Association, and the Association for Jewish Studies. Her most recent publications include The Misunderstood Jew: The Church and the Scandal of the Jewish Jesus (HarperSanFrancisco, 2006), the edited collection, The Historical Jesus in Context (Princeton University Press, 2006) and the fourteen-volume series, Feminist Companions to the New Testament and Early Christian Writings (Continuum).