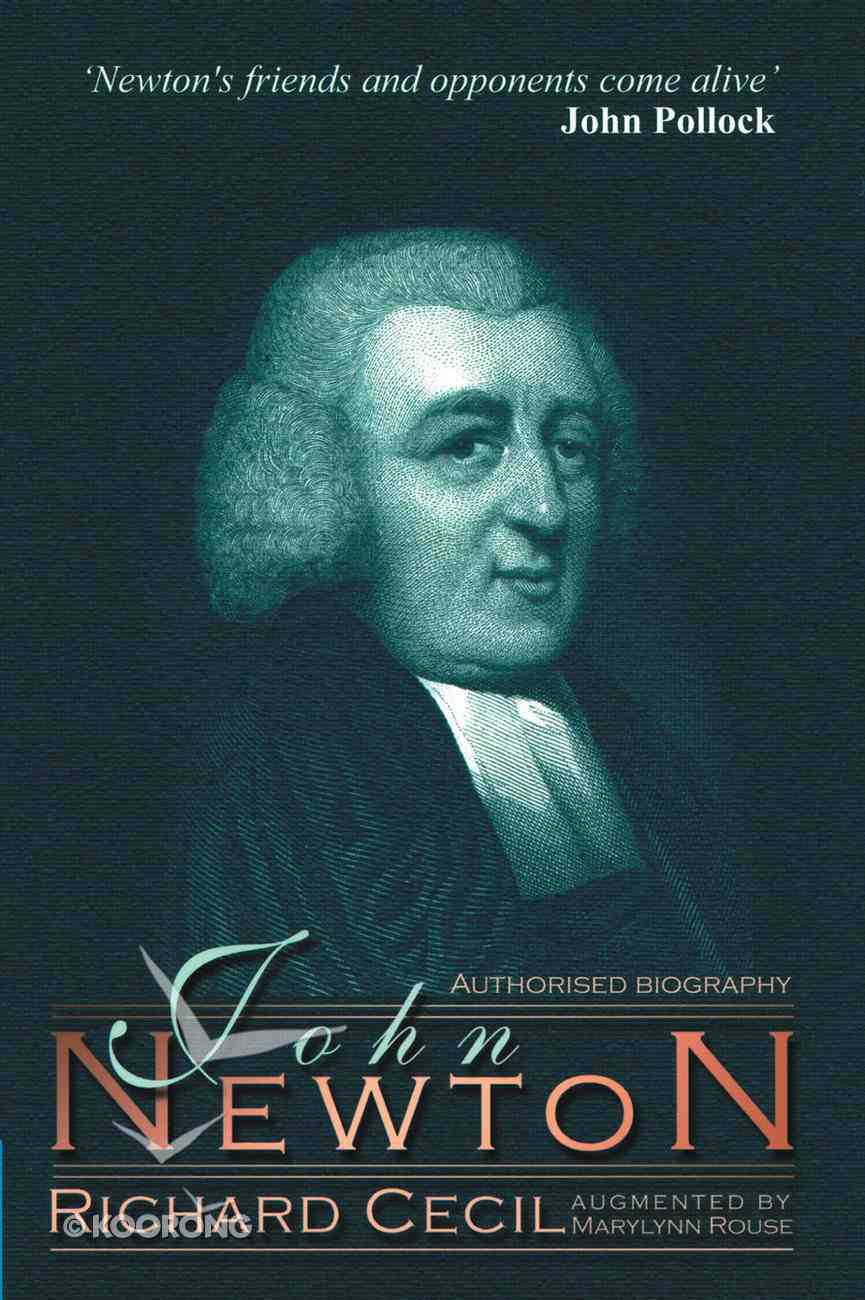 John Newton's story is one of the most important of his era because of his extensive involvement, prior to his conversion, in the slave trade. The legacy of his hymns includes perhaps the best known hymn of all, 'Amazing Grace'....

A Greater Glory: My Journey From the Pitch to the Pulpit
Gavin Peacock
Hardback

The Child is the Father of the Man: C. H. Spurgeon
Tom Nettles
Paperback

John Newton's story is one of the most important of his era because of his extensive involvement, prior to his conversion, in the slave trade. The legacy of his hymns includes perhaps the best known hymn of all, 'Amazing Grace'. From Christian Focus

Richard Cecil's classic biography of Newton is considered to be his 'authorized' biography as he both knew Newton well and allowed him to see most of the manuscript before publication. Marylynn Rouse has used the intervening years, and the wealth of information since made public, well by adding many other details and contemporary happenings to Newton's life story. Some aspects of Newton's life are wellknown his involvement in the slave trade; his friendship with the poet William Cowper and the politician William Wilberforce; his gift as a hymn writer; his ministry, first in Olney, then in London. But Marylynn Rouse has gone further and provides fascinating pieces of information regarding those who influenced Newton as well as those who were influenced by him. Here we see not only Newton the public figure but we also see Newton in private, as a loving husband and father, as a concerned pastor and letterwriter.
-Publisher

Newton is a key figure in the history of the church. His background as a slave ship owner and this, the classic biography of his journey to becoming a church minister and hymn writer, is stirring stuff. Richard Cecil's is the 'authorised' biography - Newton saw most of the manuscript before he died. Marylynn Rouse's extensive research means that the relevance of certain comments is brought back to life as she explains the circumstances surrounding the narrative and corrects some of the historical inaccuracies.
-Publisher

Richard Cecil teaches in the Department of English and the Honors Division of Indiana University. He is the author of two previous books of poetry, "Einstein's Brain" and "Alcatraz," which won the 1991 Verna Emery Poetry Competition. ý

50 Women Every Christian Should Know: Learning From Heroines of the Faith
Michelle Derusha
Paperback