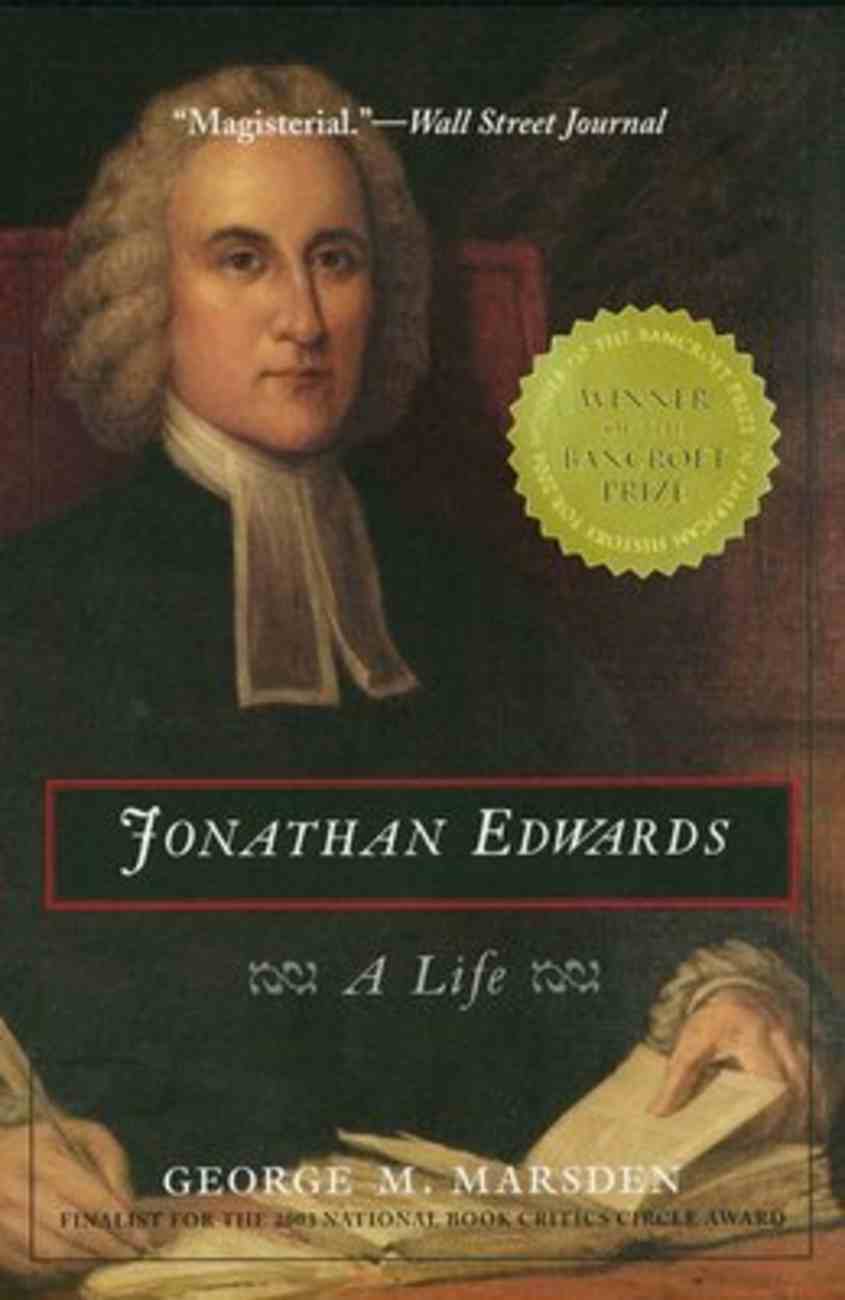 This definitive biography of America's most important religious figure draws on newly available sources to reveal how he was shaped by the cultural and religious battles of his time. "A magisterial biography." - Wall Street Journal "The finest...

This definitive biography of America's most important religious figure draws on newly available sources to reveal how he was shaped by the cultural and religious battles of his time.

Jonathan Edwards (1703-1758) is a towering figure in American history. A controversial theologian and the author of the famous sermon "Sinners in the Hands of an Angry God, "he ignited the momentous Great Awakening of the eighteenth century. ^In this definitive and long-awaited biography, Jonathan Edwards emerges as both a great American and a brilliant Christian. George Marsden evokes the world of colonial New England in which Edwards was reared--a frontier civilization at the center of a conflict between Native Americans, French Catholics, and English Protestants. Drawing on newly available sources, Marsden demonstrates how these cultural and religious battles shaped Edwards's life and thought. Marsden reveals Edwards as a complex thinker and human being who struggled to reconcile his Puritan heritage with the secular, modern world emerging out of the Enlightenment. In this, Edwards's life anticipated the deep contradictions of our American culture. ^Meticulously researched an
-Publisher

This definitive biography of America's most important religious figure draws on newly available sources to reveal how he was shaped by the cultural and religious battles of his time. "A magisterial biography."Wall Street Journal "The finest biography of this towering figure."Benjamin Schwarz, Atlantic Monthly "One way to make sense of contemporary evangelicalism is to consider how it has both hewed to and strayed from the path laid down by one of its most brilliant founding fathers. Thanks to Marsden's authoritative new biography . . . the path is now more clear."Jay Tolson, U.S. News & World Report "In this conscientious and eloquent biography, pious Jonathan Edwards comes to unruly life with all his unresolved complexity intact."Thomas D'Evelyn, Christian Science Monitor "Superb and engrossing."Robert D. Richardson, Washington Post Book World "[Marsden] writes with such verve that he has given us not only the definitive biography but also a narrative that reads like a novel."Edward T. Oakes, Commonweal
-Publisher

George M. Marsden (Ph.D., Yale University)is Francis A. McAnaney Professor Emeritus of History at the University of Notre Dame, is currently a scholar in residence at Calvin College. Among his many books is the full-length biography Jonathan Edwards: A Life (Yale 2003), which received nine awards, including the Bancroft Prize in history and the Grawemeyer Award in religion. He has also written books, including The Soul of the American University; Fundamentalism and American Culture; Understanding Fundamentalism and Evangelicalism; Reforming Fundamentalism: Fuller Seminary and the New Evangelicalism and A Short Life of Jonathan Edwards
Koorong -Editorial Review.