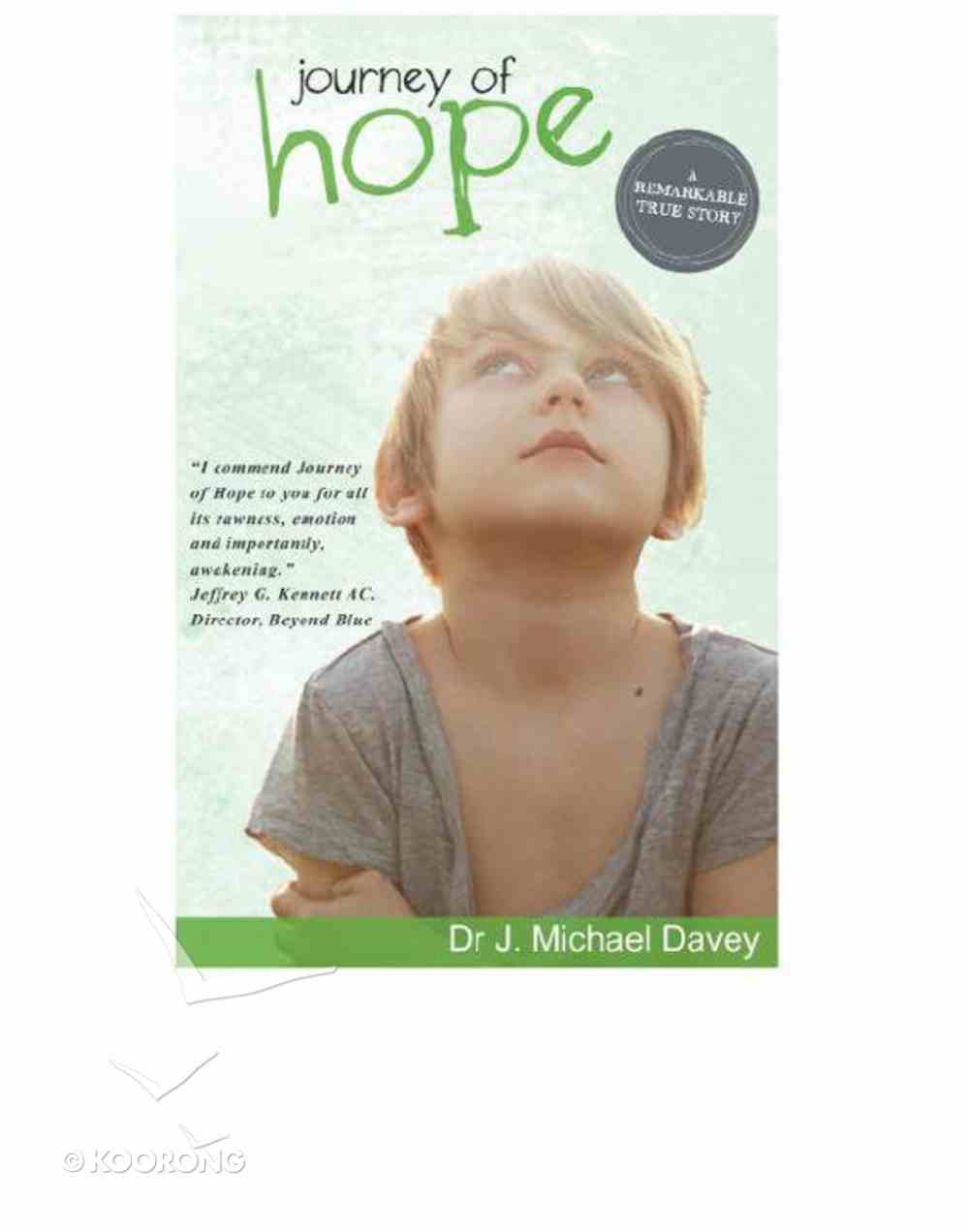 Journey of Hope is the powerful and inspiring story of Dr J. Michael Davey. Fostered as a baby, Michael was placed with an abusive family and in four separate, state-run institutions where he experienced physical, sexual and emotional abuse at...

Groomed: Overcoming the Messages That Shaped Our Past and Limit Our Future
Elizabeth Melendez Fisher, Beth Jusino
Paperback

Healing the Wounds of Sexual Abuse
Elaine A Heath
eBook

Journey of Hope is the powerful and inspiring story of Dr J. Michael Davey. Fostered as a baby, Michael was placed with an abusive family and in four separate, state-run institutions where he experienced physical, sexual and emotional abuse at the hands of his carers. Kidnapped by his father, Michael eventually returned home only to discover that his mother was a violent and crazed schizophrenic who both hated and blamed him for her illness. Devoid of love and care, Michael's mother beat him mercilessly. To escape her violence and neglect, Michael left home to join the Royal Australian Navy when he was just 15 years old. In the face of overwhelming odds, Michael Davey overcame his past, finding success out of significant adversity. In Journey of Hope, you'll be inspired by Michael's extraordinary determination, courage and his eternal optimism.
- Publisher.

"I commend Journey of Hope to you for all its rawness, emotion and importantly, awakening."
Jeff Kennett, AC. Director, Beyond Blue

"Michael Davey has been through enough tough stuff in his life that would break most of us. His story is harrowing, inspiring, authentic and amazingly - optimistic. Even more remarkably there are more than a few laughs on the way through. What an amazing man, what faith, what a book!"
Leigh Hatcher, News presenter, Sky News Australia and Hope 103.2's Open House radio presenter

"Michael's book should shock and horrify us, but strangely, despite the difficult issues it raises, the reader is uplifted and inspired by this story of hope and courage. The simple beautiful prose intersperses tragedy and suffering with humour and resilience, and is a delightful work of profound significance."
The Hon Shelley Hancock MP, Member for South Coast, Speaker; Legislative Assembly

"It has been a long time since I was so moved when reading a book I have been humbled by Michael's honesty and inspired by his determination and raw courage. Michael is an Australian we are proud of and we are honoured to have him living among us."
The Honourable Joanna Gash, Federal member for Gilmore

"Journey of Hope is a great book and it is very well written."
Kel Richards, author and 2CH Sydney radio personality

"There is beauty that has risen from Michael Davey's life. God has changed the mess into a powerful message and his tests and tribulations into a powerful testimony. It's amazing what the Lord has done in Michael's life. This man is a 'History Maker!'"
Matt Prater, Pastor and radio presenter, 'History makers'.

Journey of Hope is the inspiring story of Dr J. Michael Davey. Fostered as a baby and placed in four state-run institutions, Michael experienced significant abuse. Kidnapped by his father, he eventually came home only to discover his mother was a violent and crazed schizophrenic who hated him.At the hands of his deranged mother Michael was beaten mercilessly. To escape her violence and neglect, Michael left home to join the Royal Australian Navy when he was just 15 years old. As a child, everyday was a struggle, but Michael fought against the overwhelming odds. Showing extraordinary determination and raw courage he managed to survive the horrors of his early years.Eventually rising above it all, Michael went on to university where he was the recipient of both PhD and prestigious Medicine scholarships. Journey with Michael from heartache to happiness, from tragedy to triumph. Smile at his clowning and mischievous antics and be inspired by the inimitable way he survived an obliterated and lost childhood.
-Publisher