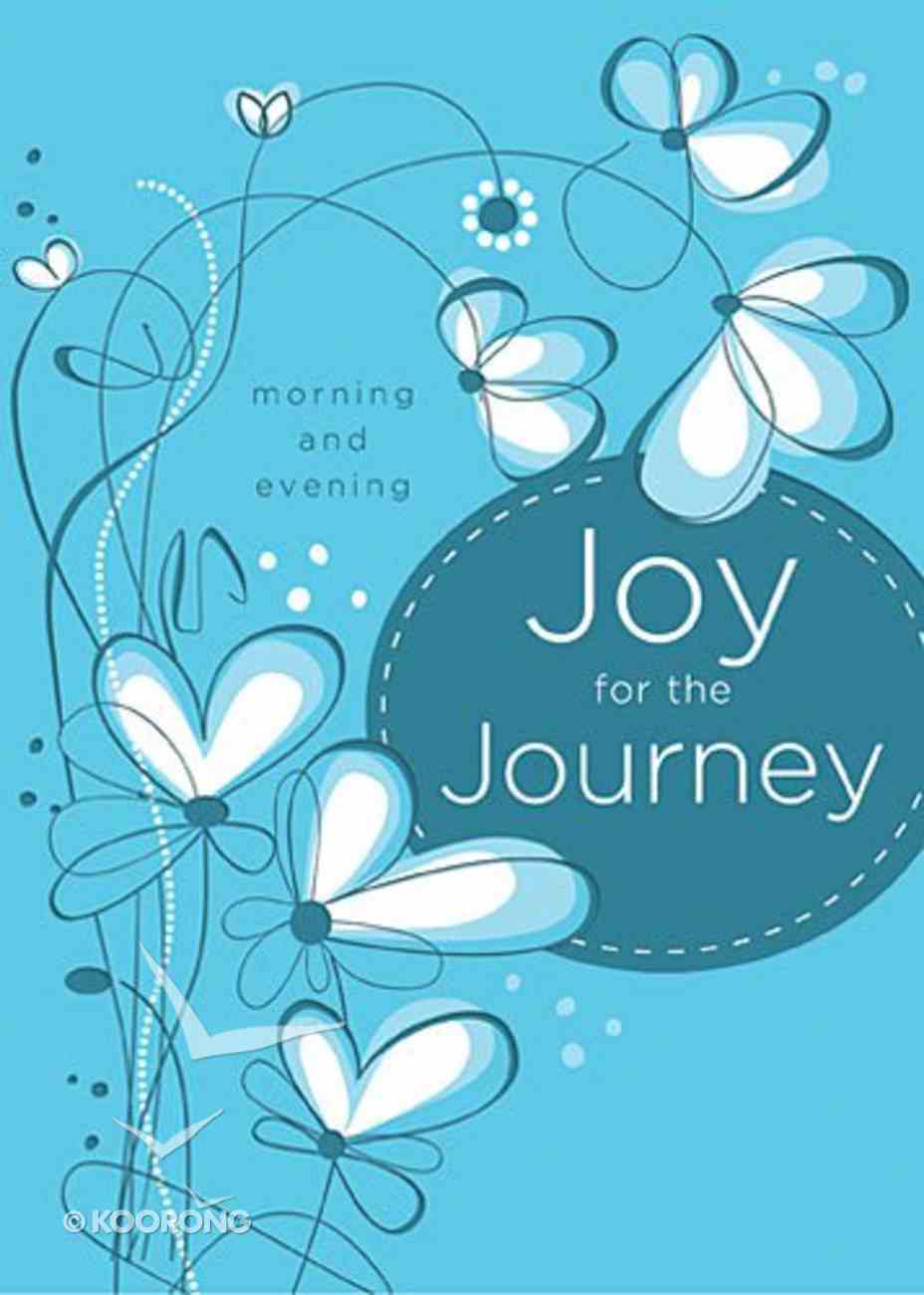 Joy For the Journey: Morning and Evening

An updated bestseller with expanded content to help women begin and end each day with joy. Every woman could use daily inspiration, and this beautifully packaged devotional offers enough for an entire year?twice a day! Each morning offers a...

Made to Flourish: Cultivating An Abundant Life
Beth Moore
Hardback

An updated bestseller with expanded content to help women begin and end each day with joy.


Every woman could use daily inspiration, and this beautifully packaged devotional offers enough for an entire year?twice a day! Each morning offers a devotional thought from bestselling women authors such as Sheila Walsh, Beth Moore, Rachel Held Evans, and Lysa Terkuerst, and the evening follows with applicable scriptures to complete the day. Deluxe leathersoft packaging and encouraging content make this book a great gift for women any time of year.


This collection of devotions and scriptures addresses relatable topics that women encounter every day such as: changing your focus, paring down your schedule, choosing a positive attitude, serving others graciously, and finding joy in God's love.


The beloved original Joy for the Journey sold more than 620,000 copies, and this new morning and evening edition with a fresh, modern cover and interiors is the perfect gift to inspire a new generation of women.

Rachel Held Evans is an award-winning writer whose articles have appeared in local and national publications. She lives in Dayton, Tennessee, with her husband, Dan. Find out more at rachelheldevans.com