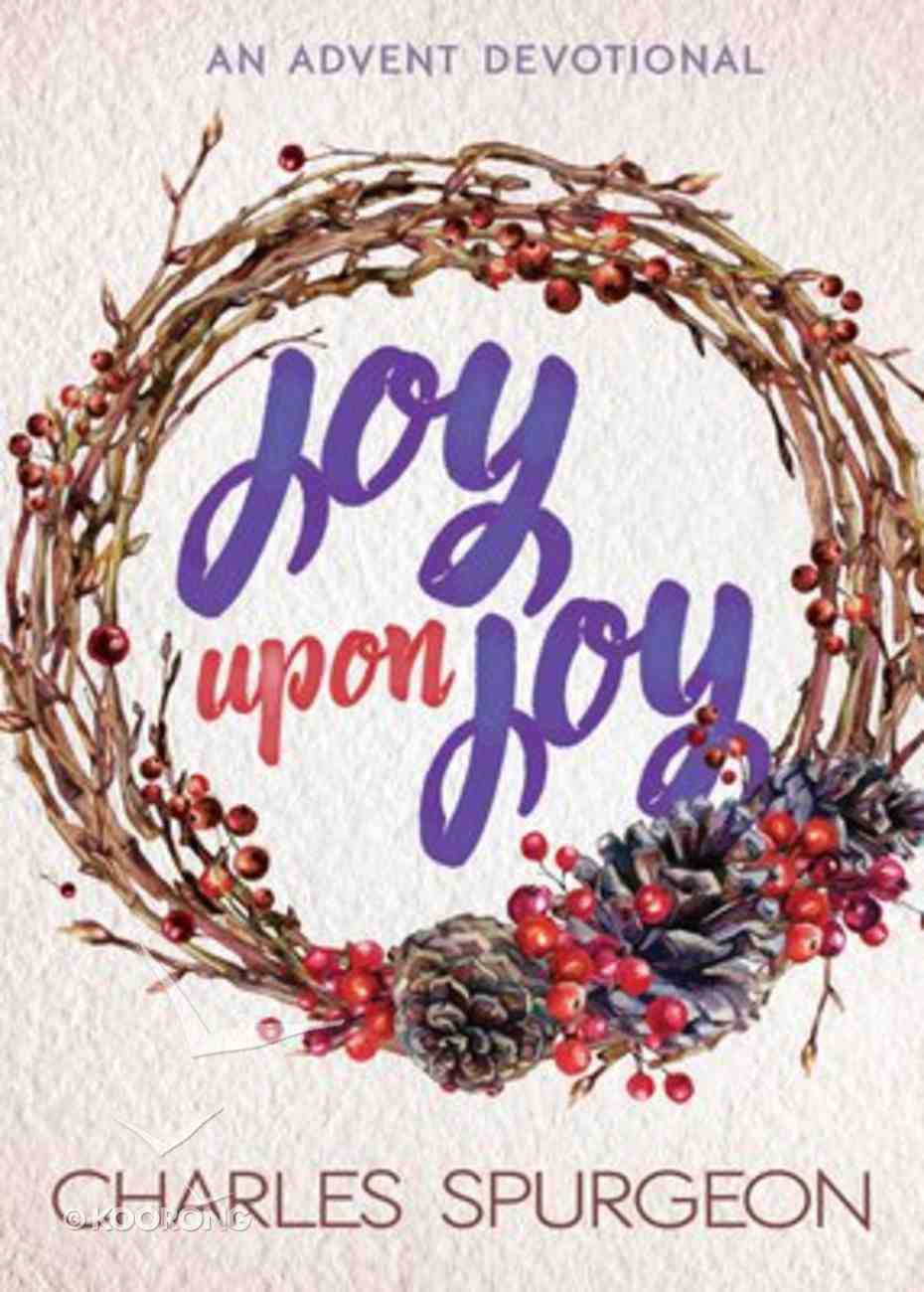 Joy Upon Joy: An Advent Devotional

This advent devotional allows seasonally stressed Christians to daily redeem the busiest month of the year using seasonal reflections by the "Prince of Preachers" Charles Spurgeon. In the classic style of Spurgeon's Morning and Evening , each of the twenty-eight...

12 available
Expected to ship within 11 hours from Australia.
Learn More
Free Shipping
for orders over $99.

This advent devotional allows seasonally stressed Christians to daily redeem the busiest month of the year using seasonal reflections by the "Prince of Preachers" Charles Spurgeon. In the classic style of Spurgeon's Morning and Evening, each of the twenty-eight days contains a brief morning and evening devotional that begins with a Scripture and follows with a selection from Spurgeon's advent-themed sermons. This all-new compilation of Spurgeon's works includes space for journaling and reflection. Experience the delight of loving December once again, and prepare for the celebration of Christ's birth alongside Spurgeon's thought-provoking words.

Around the Wicket Gate: Help For Those Who Only Know About Christ
Charles H Spurgeon
Hardback