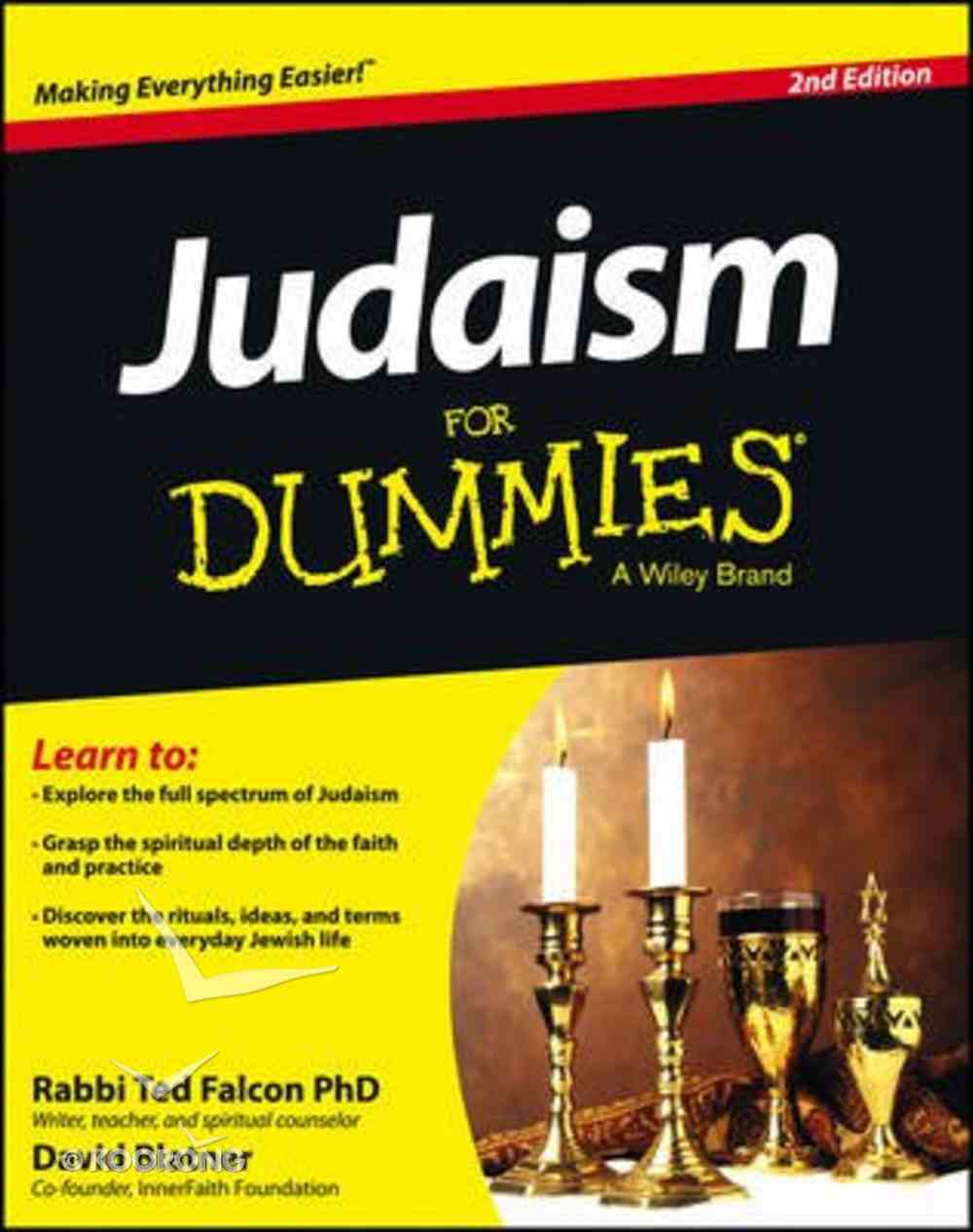 Your plain-English guide to Judaism Whether you're interested in the religion or the spirituality, the culture or the ethnic traditions, Judaism For Dummies explores the full spectrum of Judaism, dipping into the mystical, meditative, and spiritual depth of the...

There is No Rose
Aidan Nichols
eBook

What Can a Modern Jew Believe?
Gilbert S Rosenthal
eBook

Your plain-English guide to Judaism
Whether you're interested in the religion or the spirituality, the culture or the ethnic traditions, Judaism For Dummies explores the full spectrum of Judaism, dipping into the mystical, meditative, and spiritual depth of the faith and the practice.


In this warm and welcoming book, you'll find coverage of: Orthodox Jews and breakaway denominations; Judaism as a daily practice; the food and fabric of Judaism; Jewish wedding ceremonies; celebrations and holy days; 4,000 years of pain, sadness, triumph, and joy; great Jewish thinkers and historical celebrities; and much more.

Updates to the "recent history" section with discussions of what has happened in the first decade of the twenty-first century including: the expansion of orthodox political power in Israel; expansion of interfaith work; unfortunate recent anti-Semitic events; and other news Expanded coverage of Jewish mysticism and meditation, which has become increasingly popular in recent years New coverage on Jewish views of morality, including birth control, homosexuality, and environmental concerns Revised recipes for traditional Jewish cooking, updated key vocabulary, and Yiddish phrases everyone should know
Jews have long spread out to the corners of the world, so there are significant Jewish communities on many continents. Judaism For Dummies offers a glimpse into the rituals, ideas, and terms that are woven into the history and everyday lives of Jewish people as near as our own neighborhoods and as far-reaching as across the world.

Ted Falcon is founder and rabbi of Bet Alef Meditative Synagogue in Seattle, co-author of Judaism for Dummies, and author of A Journey Awakening: Kabbalistic Meditation on the Tree of Life.

Rabbi Ted Falcon, Ph.D., writes and lectures about Jewish spirituality and is the founder of a synagogue for Jewish meditation in Los Angeles. David Blatner is an award-winning, bestselling author of eight books.

There is No Rose
Aidan Nichols
eBook

The Lion of Judah
Kirt A Schneider
eBook