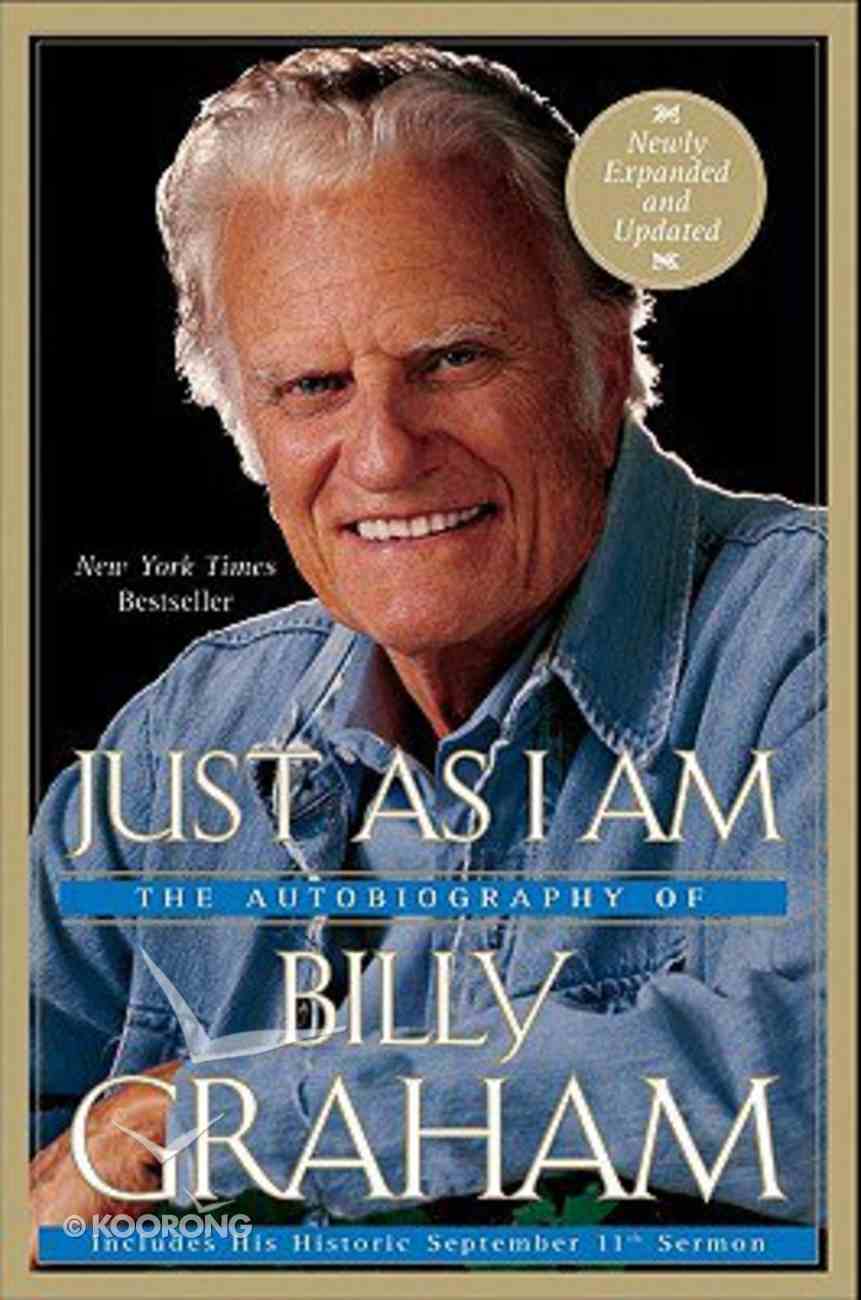 Just as I Am

Hailed as "the world's preacher," Billy Graham has enjoyed a career that has spanned six decades and his ministry of faith has touched the hearts and souls of millions. ^ In "Just As I Am" Graham reveals his life story...

Hear My Heart: What I Would Say to You
Billy Graham
eBook

The Lighthouse Effect: How Ordinary People Can Have An Extraordinary Impact in the World
Steve Pemberton
Hardback

Against All Odds
Chuck Norris
eAudio

No Surrender: A Father, a Son, and An Extraordinary Act of Heroism That Continues to Live on Today
Christopher Edmonds, Douglas Century
Paperback

Why I Am a Christian (Centenary Edition)
John Stott
Paperback

Hailed as "the world's preacher," Billy Graham has enjoyed a career that has spanned six decades and his ministry of faith has touched the hearts and souls of millions. ^ In "Just As I Am" Graham reveals his life story in what the "Chicago Tribune" calls "a disarmingly honest autobiography." Now, in this revised and updated edition, we hear from this "lion in winter" ("Time") on his role over the past ten years as America's pastor during our national crisis of the Oklahoma bombing and 9/11; his knighthood; his passing of the torch to his son, Franklin, to head the organization that bears his name; and his commitment to do the Lord's work in the years of his and his wife Ruth's physical decline.
-Publisher

Hailed as "the world's preacher," Billy Graham's career has spanned more than five decades and his ministry of faith has touched the hearts and souls of millions. In Just As I Am, Graham reveals his life story in what the Chicago Tribune calls "a disarmingly honest biography." With down-to-earth warmth and candor, Graham tells the stories of the events and encounters that helped shape his life. He recounts meetings with presidents, celebrities, and world leaders, including Harry S. Truman, Winston Churchill, Queen Elizabeth, and the Shah of Iran, and shares his own spiritual journey as he movingly reflects on his personal life and relationships. This is an inspirational and unforgettable portrait that will be treasured by readers everywhere. This new updated edition includes Graham's role in pastoring the nation after the Oklahoma bombing and 9/11 attacks (including an appendix with the text of both nationally broadcast sermons), his knighthood, his decision to designate his son, Franklin, as his successor, his refusal to "retire," and much more. It also contains a new afterword, written by Reverend Graham, that updates readers on what has happened in his life and at the BGEA in the ten years since Just As I Am was originally published.
-Publisher