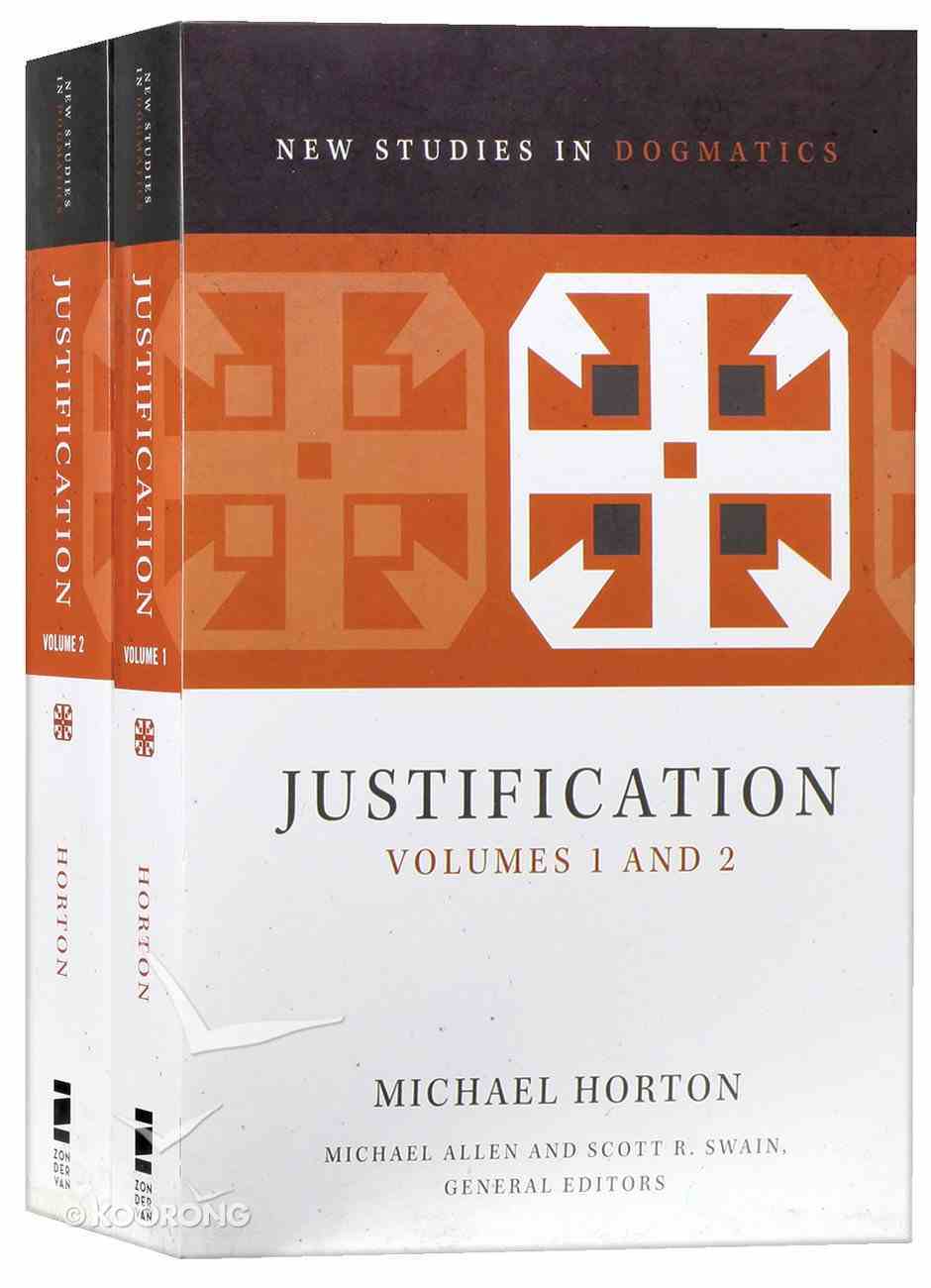 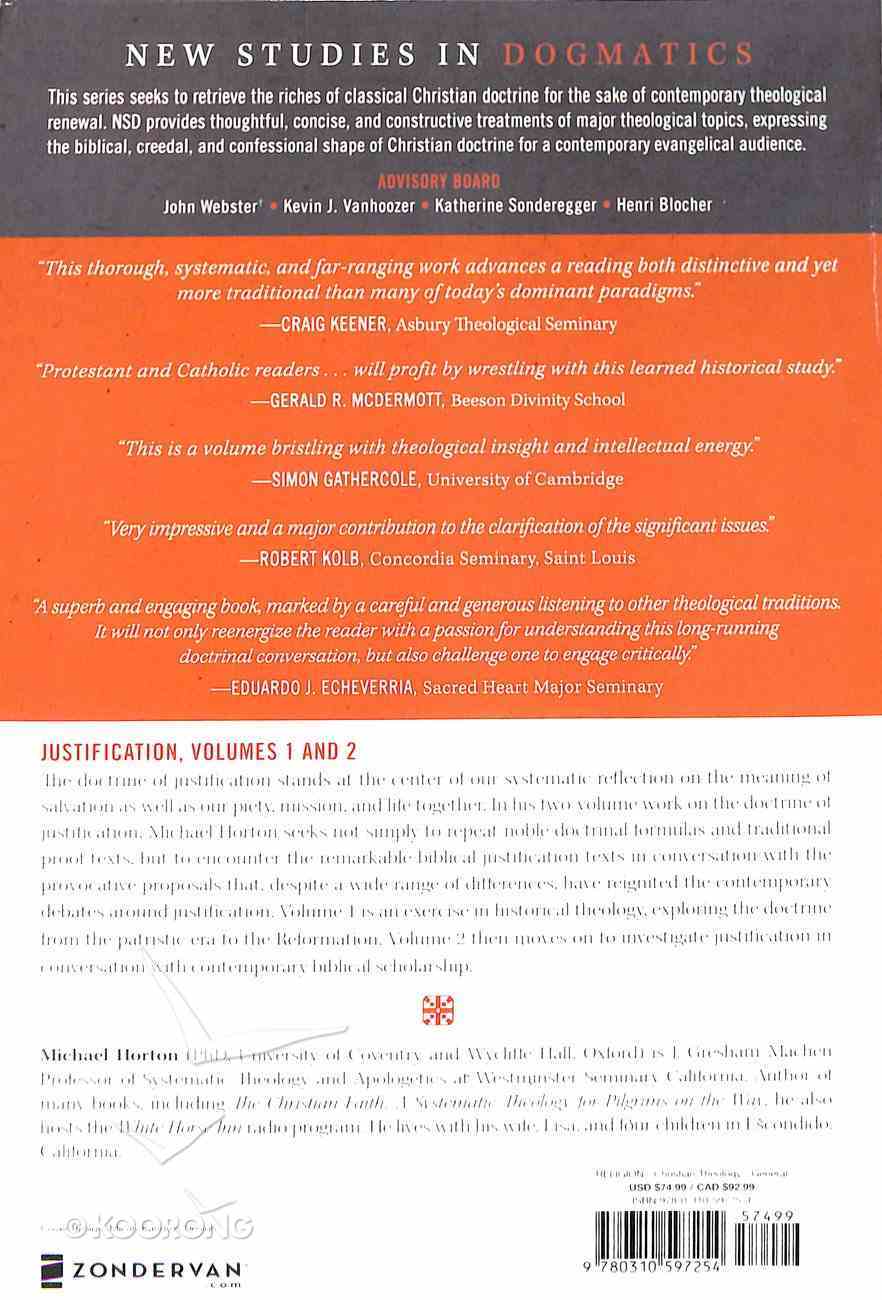 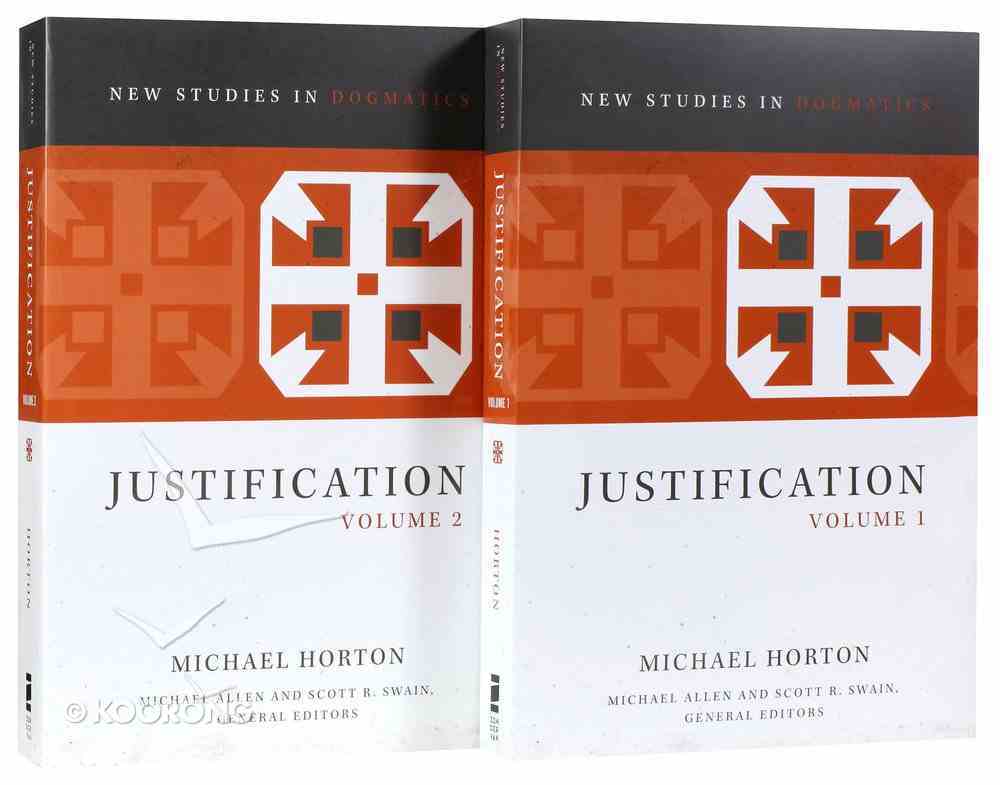 In this magisterial two-volume work, Michael Horton seeks to present a fresh encounter with the remarkable biblical justification texts. The first volume gives an historical account of the doctrine of justification, while the second investigates the biblical basis of justification...

In this magisterial two-volume work, Michael Horton seeks to present a fresh encounter with the remarkable biblical justification texts. The first volume gives an historical account of the doctrine of justification, while the second investigates the biblical basis of justification in conversation with current debates.


The doctrine of justification stands at the center of our systematic reflection on the meaning of salvation as well as our piety, mission, and life together. In his two-volume work on the doctrine of justification, Michael Horton seeks not simply to repeat noble doctrinal formulas and traditional proof texts, but to encounter the remarkable biblical justification texts in conversation with the provocative proposals that, despite a wide range of differences, have reignited the contemporary debates around justification.


Volume 1 engages in a descriptive task - an exercise in historical theology exploring the doctrine of justification from the patristic era to the Reformation. Broadening the scope, Horton explores patristic discussions of justification under the rubric of the "great exchange." He provides a map for contemporary discussions of justification, identifying and engaging his principal interlocutors: Origen, Chrysostom, Augustine, Thomas Aquinas, John Duns Scotus, William of Ockham, Gabriel Biel, and the magisterial reformers. Observing the assimilation of justification to the doctrine of penance in medieval theology, especially via Peter Lombard, the work studies the transformations of the doctrine through Aquinas, Scotus and the nominalists leading up to the era of the Reformation and the Council of Trent. He concludes his first study by examining the hermeneutical and theological significance of the Reformers' understanding of the law and the gospel and the resultant covenantal scheme that became formative in Reformed theology. This then opens the door to the constructive task of volume 2 - to investigate the biblical doctrine of justification in light of contemporary exegesis. Here Horton takes up the topic of justification from biblical-theological, exegetical, and systematic-theological vantage points, engaging significantly with contemporary debates in biblical, especially Pauline, scholarship. Horton shows that the doctrine of justification finds its most ecumenically-significant starting point and proper habitat in union with Christ, where the greatest consensus, past and present, is to be found among Orthodox, Roman Catholic, and Protestant theologies. At the same time, he proposes that the union with Christ motif achieves its clearest and most consistent articulation in forensic justification. The final chapter locates justification within the broader framework of union with Christ.

Chosen But Free: A Balanced View of God's Sovereignty and Free Will
Norman L Geisler
Paperback