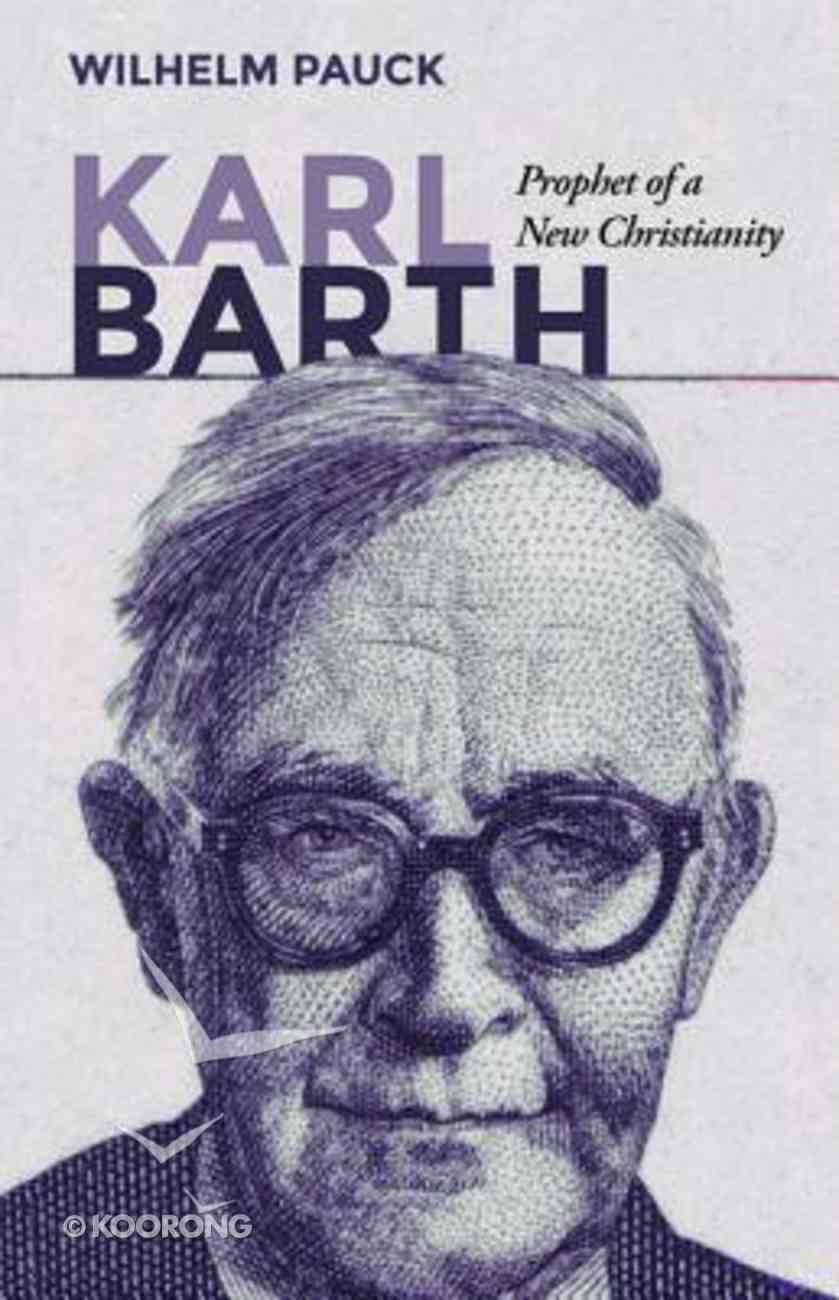 In the 1930s, Karl Barth was unquestionably the most discussed personality in the theological world of that time. This book was the first of its kind to be published in America, giving an adequate story of Barth's life, a complete...

I Am a New Creation
Uong Nguyen
Paperback

In the 1930s, Karl Barth was unquestionably the most discussed personality in the theological world of that time. This book was the first of its kind to be published in America, giving an adequate story of Barth's life, a complete outline of his teaching, and a careful estimate of the so-called ""Barthian Movement."" Dr. Pauck, of the Chicago Theological Seminary, was born and educated in Germany, and had studied under Barth. By training, personal relationship with Barth and his followers, and by a knowledge of practically everything that has been written by or about Barth, Dr. Pauck was preeminently fitted to write this book. Moreover, his American professorship allowed him to be more cognizant of the American mind, enabling him to explain Barth and his message to a puzzled, sometimes skeptical, American audience. The author pictures Barth in his early days as a minister of a Reformed Church in Geneva. Fresh from a seminary training in liberal theology, he finds that he is not assured of that authority with which he feels he has to speak of God to his people. He therefore attempts to retrieve the old Christian belief in a revelation of the divine. Opposing the orthodox dogma of supernaturalism as well as the modernist emphasis on the psychological approach to religion, he develops a theology of ""divine realism."" The challenging theology of Barthianism is presented historically, practically, and without prejudice. It not only confronts every minister, conservative or liberal, with the persistent question, ""What do I think about Barth?"" but also with the more personal question, ""What do I now do in light of Barth's prophetic message?"" Wilhelm Pauck (1901-81) studied with Harnack and Troeltsch at the University of Berlin and became the first foreign student at the University of Chicago in 1925. He joined the faculty in 1926 and was made full professor of Church History in 1931. After twenty-seven years at the University of Chicago, he taught at Union Theological Seminary in New York. After retirement in 1967, he taught at Vanderbilt University and Stanford University. His books include From Luther to Tillich: The Reformers and Their Heirs and Paul Tillich: His Life and Thought, the latter of which was co-authored with his wife, Marion Pauck, who was former assistant editor of religious books at the Oxford University Press.
-Publisher