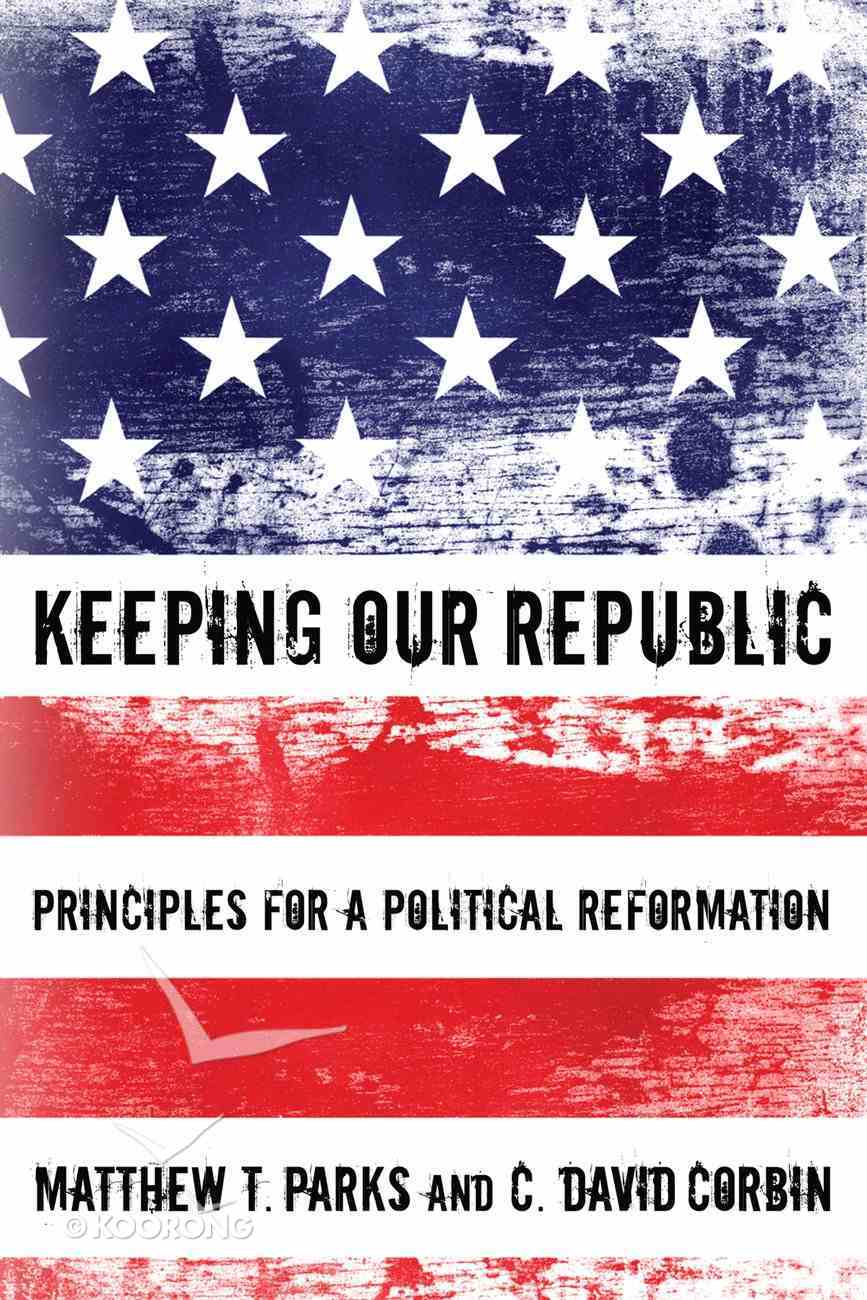 Description:There is something wrong with our politics that elections cannot solve. In recent years, we have had a Republican Congress with a Democratic president, a Republican Congress with a Republican president, a Democratic Congress with a Republican president, and a Democratic Congress with a Democratic president. The ""New Democrat"" of 1992 produced a ""Republican Revolution"" in 1994. We cleansed ourselves of Clinton Administration corruption in 2000 only to have to punish Republican corruption in 2006. ""Hope and Change"" triumphed in 2008, while ""Change That Matters"" flopped in 2010. For nearly twenty years, the American people have tried to mind their own business at home while carrying on a seemingly futile search for the right combination of R's and D's in Washington. That search will not end until we address the roots of our political disorder: the progressive abandonment of our republican principles and heritage. Only a political reformation calling us back to the wisdom of our fathers and the founding documents of our nation can truly free us from the deeply-entrenched, bipartisan ruling class that is bankrupting and degrading us. Only a political reformation can ""secure the Blessings of Liberty to ourselves and our Posterity ..."" Endorsements:""In Keeping Our Republic, Parks and Corbin sketch the important things that any people must do to be worthy of freedom. This book should be thought of as lessons in civic liberal education 101. The book's counsels are hard. But they are inescapable, essential, and written elegantly. --Angelo M. CodevillaProfessor EmeritusBoston University author of The Character of Nations""Keeping Our Republic is an essential work, published at a moment of high political peril. It is thrilling to read. Thomas Paine's Common Sense, which precipitated the American Revolution, had two elements. First, an indictment and demonstration of the moral indefensibility of monarchy. Second, a clear, compelling, and practical statement of axioms with which the colonies could, with high confidence, claim and establish Independence and create republican governance, our most fundamental constitutional right. Angelo Codevilla has replicated the first part of Paine's accomplishment on behalf of the new American Revolution with his irrefutable indictment of our new self-made 'political nobility' in The Ruling Class. Parks and Corbin here provide the second, equally essential, component, laying out lucidly and compellingly the axioms by which we can restore America to its 'small r' republican roots: Equality; Responsibility; Honor; Justice; Lawfulness; Prudence. The Ruling Class and Keeping Our Republic, taken together, are Common Sense of the new American Revolution. Buy copies for every conservative you know. They will thank you and, for helping to ordain the blessings of liberty at this critical time, so will America's posterity!""--Ralph Benkoauthor of The Websters' Dictionary: How to Use the Web to Transform the WorldAbout the Contributor(s):Matthew Parks is the assistant provost and C. David Corbin the chairman of the Politics, Philosophy, and Economics Department at The King's College in New York City. Together, they host the political blog www.republican101.us.
-Publisher