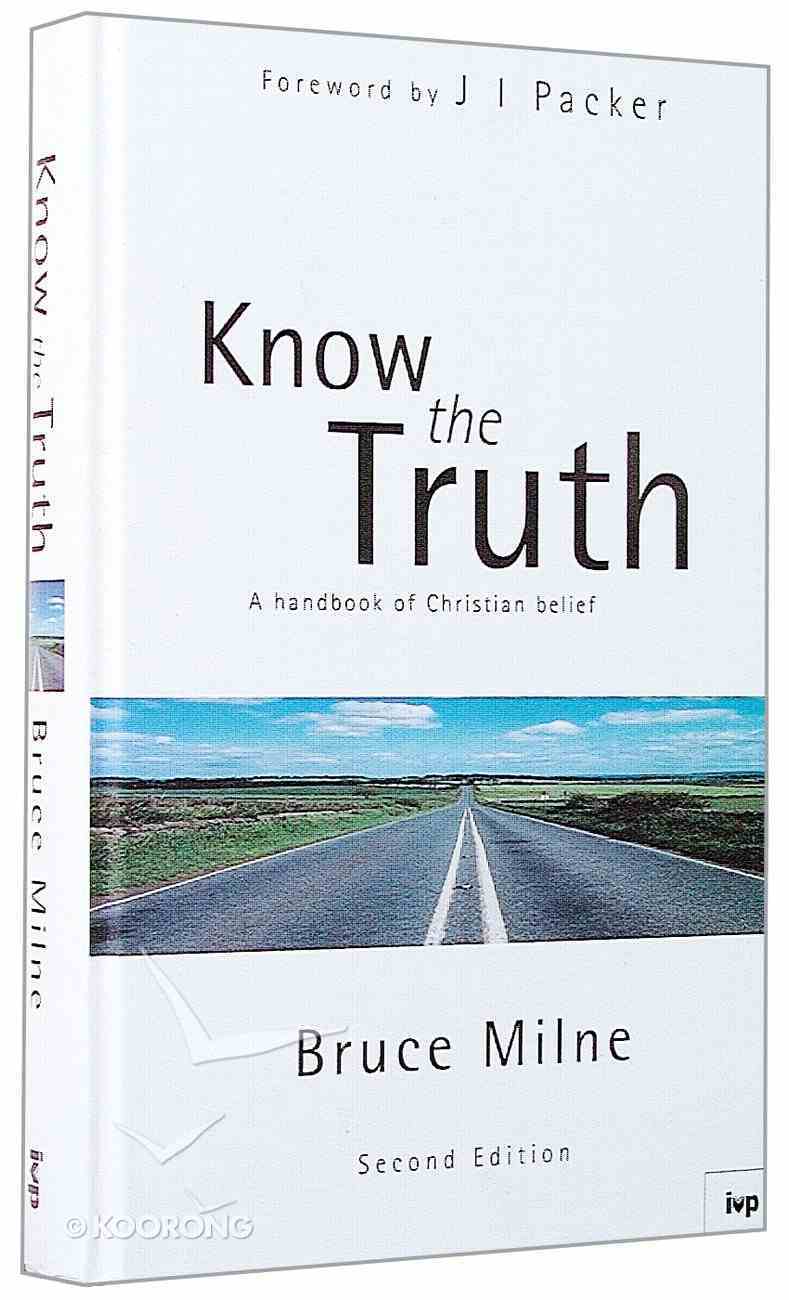 Understanding and appreciating who God is and what he has done for us is at the centre of the Christian faith. Right belief is the first step to getting everything else right--from home to work, from worship to witness, from...

Understanding and appreciating who God is and what he has done for us is at the centre of the Christian faith. Right belief is the first step to getting everything else right--from home to work, from worship to witness, from self-understanding to service.

In this concise handbook Bruce Milne summarizes in masterly fashion what the Bible teaches in the major areas of Christian doctrine (the Bible, God, humanity, Christ, the Holy Spirit, the church and the last things). He explains the historical understanding and development of these truths from the early church to the present. In doing so he impartially highlights denominational and theological differences where appropriate.

Know the Truth offers comprehensive biblical material on all the essential doctrines. The revised edition, published in 1999, includes new and updated material drawing on the latest biblical and theological studies. Further, it considers doctrine in the face of recent changes in the world and the church--along with challenges from movements such as the New Age, postmodernism, feminism and pluralism. In addition, each section concludes with a thorough listing of Scripture passages, questions to stimulate further reflection and a completely updated bibliography to aid further study.

Here is a helpful and thorough resource for all who want to understand the essential Christian faith.

Part 2: The doctrine of God
4. The being of God
5. God the Holy Trinity
6. The atrributes or perfections of God
7. The work of creation
8. The work of providence
Application

Part 7: The last things
27. The kingdom of God
28. The second advent of Christ
29. The final state
30. The last things in Christian thought
Application

Bruce Milne (Ph.D., University of Edinburgh) was Pastor of First Baptist Church in Vancouver, Canada for many years. Today he travels the globe, preaching, teaching and encouraging pastoral leaders as Vice-President of the Baptist World Alliance. He has authored Know the Truth; Dynamic Diversity; The Message of Heaven & Hell ( Bible Speaks Today Themes) and The Gospel of John (Bible Speaks Today Series.)
Koorong -Editorial Review.