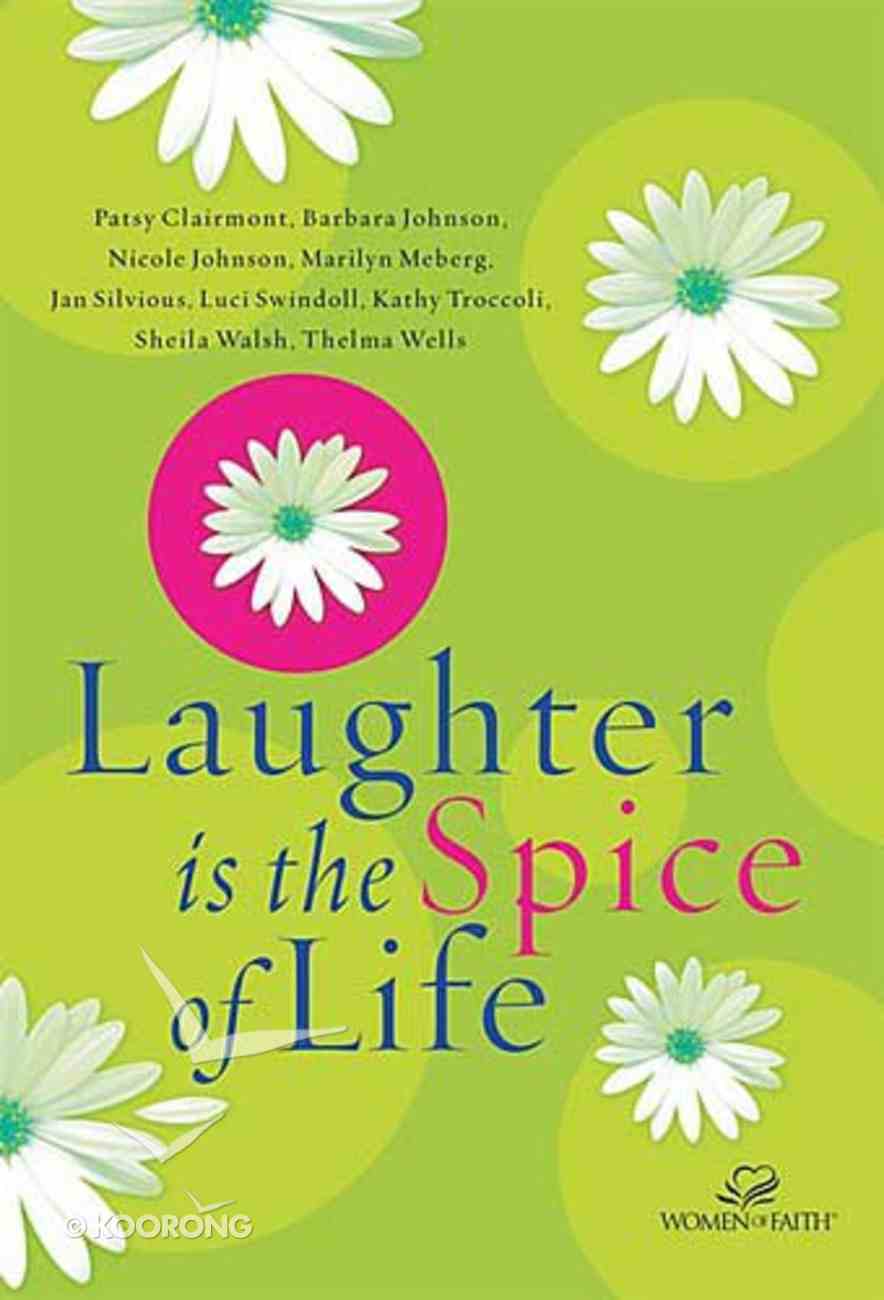 Laughter is the Spice of Life

Since You Asked
Marilyn Meberg
eBook

I'm Not Wonder Woman But God Made Me Wonderful!
Sheila Walsh
eBook

Producing everything from gentle chuckles to roll-in-the-aisle laughter, these stories, jokes, and quips will entertain and uplift you, no matter what your circumstances might be!^^This ?spice-rack? of laughter includes humor from: ^^Patsy Clairmont^Barbara Johnson^Nicole Johnson^Marilyn Meberg^Jan Silvious^Luci Swindoll^Kathy Troccoli^Sheila Walsh^Thelma Wells and others!^^Based on the sales performance of She Who Laughs, Lasts!, Don?t Stop Laughing Now!, and Look Who's Laughing! (all CBA bestsellers), this brand new book of humor from the speaker team of Women of Faith?America's most popular Christian women's conferences?will be a run-away success.^Comparable ProductsLook Who's Laughing! (031024692X; CBA Bestseller)Don?t Stop Laughing Now! (0310239966; CBA Bestseller) She Who Laughs, Lasts! (0310228980; CBA Bestseller with over 135,000 sold LTD)
-Publisher

Nicole Johnson is an actor, sought-after speaker, and popular author. She lives in Santa Monica, California.

Jan Silvious has years of experience as a counselor and Bible teacher. She leads seminars for Moody's women's ministry, she has been a keynote speaker at Moody's Founder's Week, and she is a pre-conference speaker for Women of Faith. Her books include Understanding Women, The Five-Minute Devotional, Foolproofing Your Life, Moving Beyond the Myths, The Guilt Free Journal, and Look At It This Way. Jan and her husband, Charles, make their home in Chattanooga, Tennessee. Her most recent publication is Smart Girls, Think Twice
-Editorial Review.

Kathy Troccoli is an award-winning singer and songwriter (with album sales topping 2 million), bible-teacher and author of ten books. Her rich, melodic voice has garnered numerous 17 number-one radio hits, two Dove Awards, and three Grammy nominations. As author and coauthor of several books, her titles include Hope for a Woman's Heart and the bestseller Falling in Love with Jesus. Her numerous television appearances include Life Today, The Tonight Show, and Entertainment Tonight. With her expressive and passionate style of communication, Kathy is a sought-after conference speaker and seminar

Treasuring Christ When Your Hands Are Full
Gloria Furman
Paperback